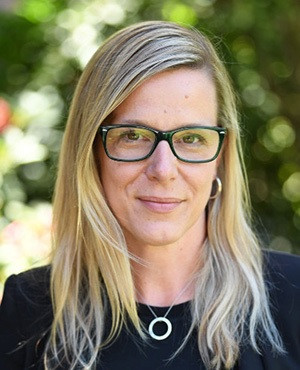 USA Gymnastics has appointed a new chief communications and marketing officer at what it is being described as a "pivotal time" for the embattled organisation.

Jill Geer, who has almost 20 years’ experience within the Olympic Movement, has secured the post at a governing body which has come under fire over its handling of allegations against disgraced doctor Larry Nassar.

"I was drawn to USA Gymnastics by the opportunity to make a positive impact on an incredible sport with the best athletes in the world, from youth through elite," said Geer who started her new role this week.

"Communicating authentically and effectively with all of the audiences we serve, on all of our channels, will shape our efforts as we continually evolve."

Geer worked at USATF between 2000 and 2018 where she carried out a variety of executive roles including chief communications and marketing officer.

At USATF, Geer led communications and marketing strategy and execution in addition to playing a key role within the executive team and serving as an organisational spokesperson.

Geer, who is a former award-winning sports writer and was a production assistant for NBC at the 1996 Atlanta Olympics, most recently held the position of chief marketing officer at the American College of Education where she led digital and paid media strategy.

USA Gymnastics President and chief executive Li Li Leung welcomed the arrival of Geer, who served as co-chair of the inaugural ResearcHERS campaign for the American Cancer Society in Indianapolis in 2019.

USA Gymnastics' headquarters are in Indianapolis.

"We are excited to have Jill on our team during a pivotal time for our sport," said Leung.

"Her longstanding commitment to helping athletes tell their stories, existing relationships with the press, and deep understanding of national governing bodies bring an additional dimension to our team."

Her appointment by USA Gymnastics comes little more than a week after survivors of Nassar’s abuse criticised the organisation at a Senate Judiciary Committee hearing.

"To be clear, I blame Larry Nassar and I also blame an entire system that enabled and perpetrated that abuse," Biles said in her testimony.

"USA Gymnastics and the USOPC knew that I was abused by their official team doctor long before I was ever made aware of their knowledge."

Nassar was accused by more than 200 people of abuse under the guise of medical treatment and is serving up to 175 years in prison.

USA Gymnastics earlier this month reached a proposed $425 million (£308.25 million/€358.8 million) settlement with a committee representing survivors, but it is yet to be finalised.