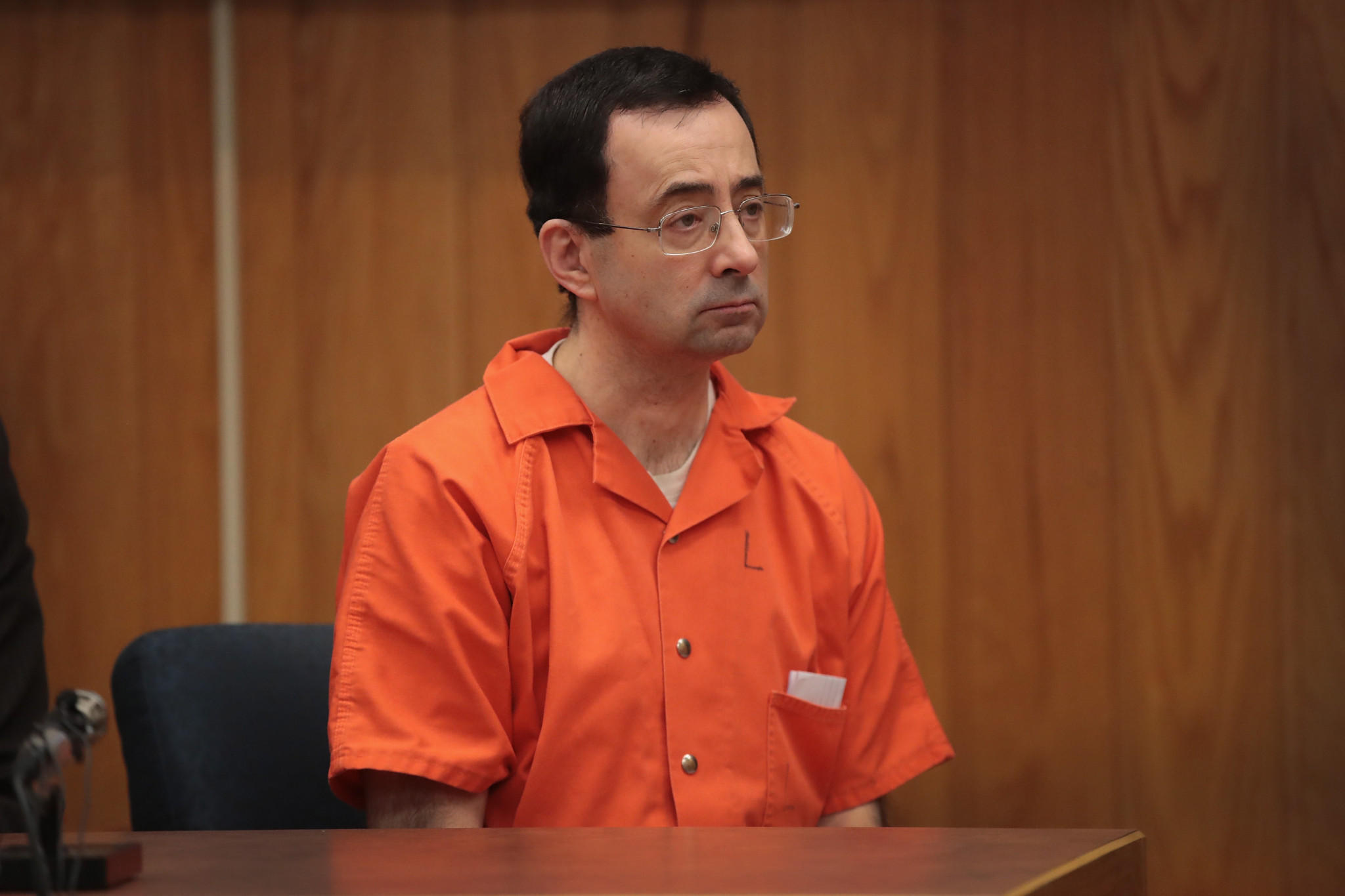 Were the agreement to be finalised, around 500 gymnasts who were victims of Nassar’s crimes would receive part of the settlement.

The proposal still needs to be approved by multiple parties, including the US Bankruptcy Court for the Southern District of Indiana and a majority of the claimants that totals two-thirds of the value of the settlement.

Every insurance company involved must also approve the settlement for it to be confirmed.

The United States Olympic and Paralympic Committee (USOPC) urged insurers yet to commit to funding the proposals to pledge their support, per USA Today.

USA Gymnastics said it expects the plans to go through later this year.

If all parties accepted the plans and the settlement was finalised, survivors would not be able to seek further legal action against USA Gymnastics, the USOPC and Bela and Martha Karolyi, who ran and own the Karolyi ranch in Texas where some of the abuse took place.

“The non-monetary provisions of this plan are absolutely key. It is reform and change for the next generation. If U.S.A.G. does indeed work with survivors to see these provisions through, it would be groundbreaking.”

The New York Times quoted Rachael Denhollander, a member of the committee and a victim of Nassar’s abuse, who explained the importance of planned reforms to USA Gymnastics as part of the plan, including the creation of a Truth and Justice Commission.

"I will say that the survivors deserve help with their medical care, and therapy is not cheap, so I do think they deserve compensation," Denhollander said.

"But it would also be in the best interest of everyone to see actual change and reform to take place in the organisation.

"That’s what we were hoping for.

"Change was our goal.

"The non-monetary provisions of this plan are absolutely key.

"It is reform and change for the next generation.

"If USA Gymnastics does indeed work with survivors to see these provisions through, it would be ground-breaking."

This proposal is nearly double the one which was rejected and criticised by many of Nassar’s victims last year, totalling $215 million (£155.9 million/€181.4 million).