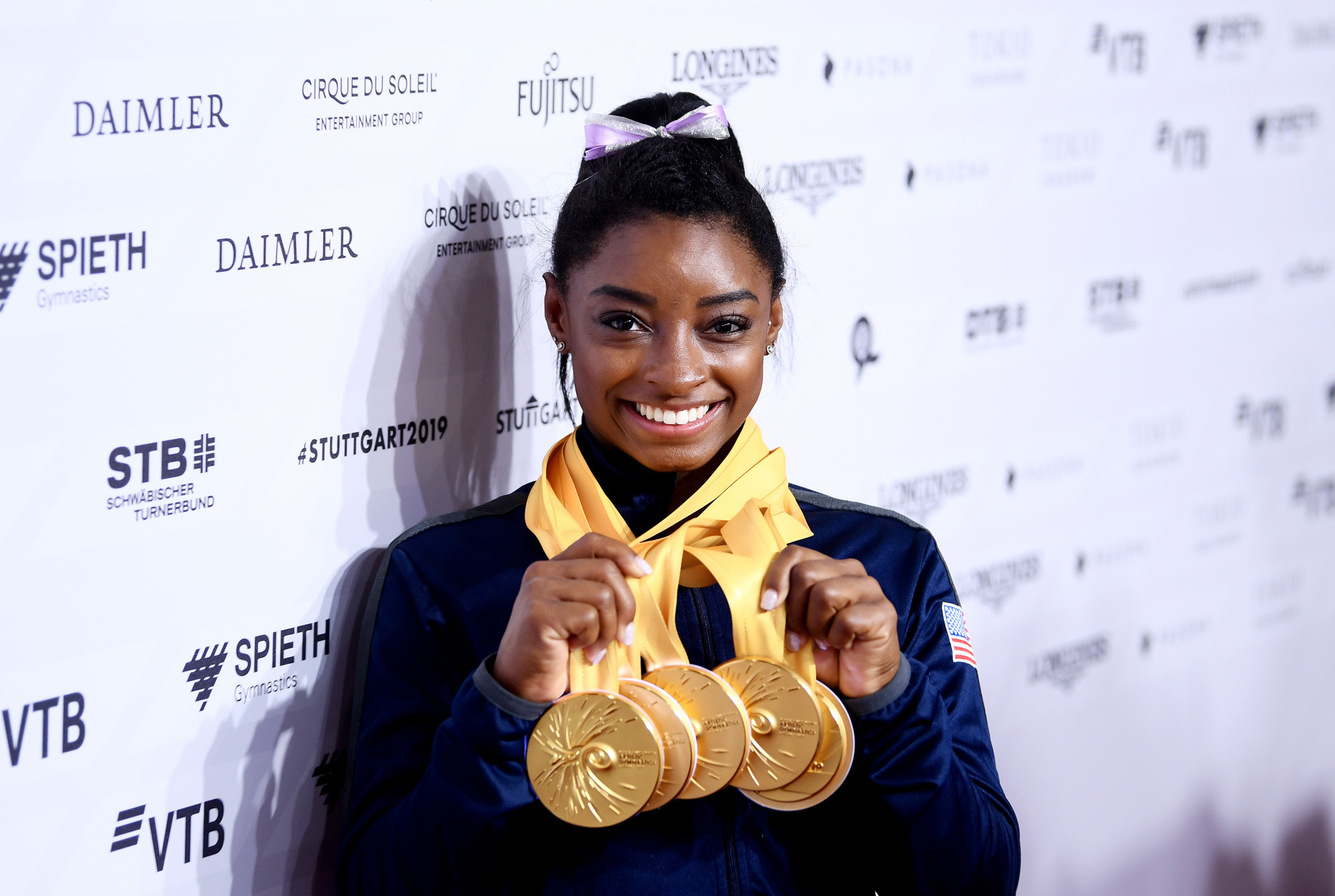 Simone Biles has admitted she would not want a future daughter to be part of the USA Gymnastics system after her own experiences with the organisation.

The 23-year-old quadruple Olympic gold medallist was one of dozens of victims of disgraced former team doctor Larry Nassar, who is now serving a prison sentence of up to 175 years as a convicted rapist and sex offender.

Biles, the winner of 19 World Championship gold medals, has been among the vocal critics of both USA Gymnastics and the United States Olympic and Paralympic Committee for their handling of the affair.

Both organisations have faced questions about what they knew and when, and have been placed under-fire for failing to stop Nasser's abuse.

In an interview on CBS show 60 Minutes, Biles was asked by Sharyn Alfonsi if she would want a daughter to be part of the same system.

"Because I don't feel comfortable enough, because they haven't taken accountability for their actions and what they've done.

"And they haven't ensured us that it's never going to happen again."

Biles revealed that she had been a victim of Nassar on the eve of his sentencing hearing in January 2018.

He will never leave prison, but Biles said the chapter had not been closed.

"There's still a lot of questions that still need to be answered.

"Just who knew what, when?

"You guys [USA Gymnastics] have failed so many athletes and most of us underage.

"Like, if that were me and I knew something I'd want it resolved immediately.

"We bring them medals, we do our part.

"You can't do your part in return?

Biles is in training for this year's postponed Tokyo 2020 Olympics but had previously admitted the delay to the Games had left her "broken" as she would have to remain with USA Gymnastics for another 12 months.

She said deciding to carry on "took a little bit of time" and she could now add to her medal tally in the Japanese capital.

The Ohio native also told 60 Minutes that she used to break into a cafeteria during monthly training camps at Karolyi Ranch, where eating was said to be monitored.

"There would be nights where we're, like, running with our hoodie up, and we would break into the cafeteria to eat," she said.

"It's not the right training."

In a statement, USA Gymnastics President Li Li Leung said: "We recognise how deeply we have broken the trust of our athletes and community, and are working hard to build that trust back."