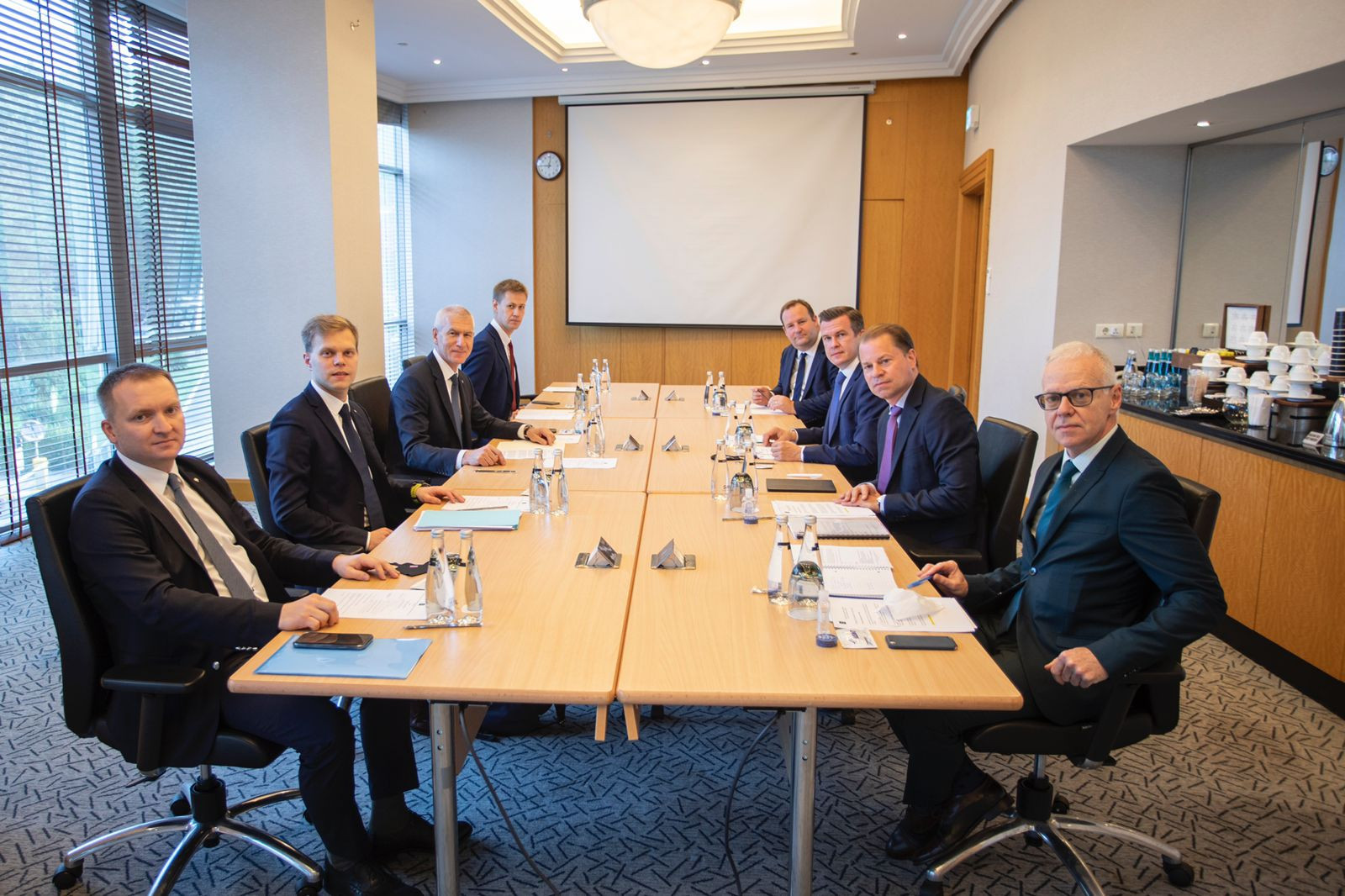 The first high-level meeting has taken place between the World Anti-Doping Agency (WADA) President Witold Bańka and Russian Sports Minister Oleg Matytsin since the country was banned from taking part in major competitions, including the Olympic Games.

WADA had imposed a four-year package of punishments on Russia in December 2018 after it found doping data from the Moscow Laboratory had been tampered with and manipulated.

A three-member Court of Arbitration panel cut the period of sanctions to two years last December following an appeal by the Russian Anti-Doping Agency (RUSADA).

Bańka and Matytsin have now held talks in Istanbul following yesterday’s WADA Executive Committee meeting and agreed to work together to ensure Russia is ready to return to full compliance when the suspension is lifted at the end of next year.

"WADA Leadership had a constructive discussion today with Minister Matytsin and his delegation," Bańka said.

"We agreed to maintain open lines of communication with the goal of ensuring that RUSADA returns to compliance with the World Anti-Doping Code, and that Russian athletes and their competitors can benefit from the protection afforded by a robust, well-implemented and independent anti-doping programme in Russia.

"We will arrange further discussions at all levels so that RUSADA can meet the Court of Arbitration for Sport reinstatement conditions as quickly as possible upon expiry of the two-year period of consequences in December 2022.

Russian athletes competing at Tokyo 2020 had to compete under the "ROC" banner, the country's flag was not flown at medal ceremonies and instead of the national anthem Tchaikovsky’s Piano Concerto No. 1 was played.

Matytsin assured Bańka that Russia will continue its policy of ensuring the operational and financial independence of RUSADA, one of the key conditions for RUSADA to be fully reinstated by WADA.

"The need for RUSADA to retain its independence is critical," Bańka said.

"There must be no attempt by the Russian state or sporting authorities to interfere with any of its operations.

"Associated with that, the appointment of RUSADA’s next director general must follow a rigorous process to ensure the right person is hired for this important position, and that they are able to function independently in the role."

Last week, Matytsin claimed that Russia had repaid $1.27 million (£918,000/€1.07 million) to WADA for costs it had incurred during its investigation.

"Our common goal is to ensure the stability of the global anti-doping system and to jointly prevent any attempts to undermine it by individual countries," Matytsin said.

"At the same time, it is important that WADA not become an object of political games, because athletes all over the world are endangered in the end."

Besides its athletes being banned from competing under the Russian flag at major international events, Russia will not be able to host, or be granted the right the stage, any major events during the two-year period where the sanctions apply, and it must be stripped of any World Championships it has already been awarded that are due to take place between now and December 16 2022 "unless it is legally or practically impossible" to do so.

But a number of sanctions imposed by WADA were significantly watered down at the hearing of the CAS panel, including reducing the length of the suspension from four to two years, despite the three members heavily criticising Russia's conduct and confirming the country had sought to "cover-up the cover-up".