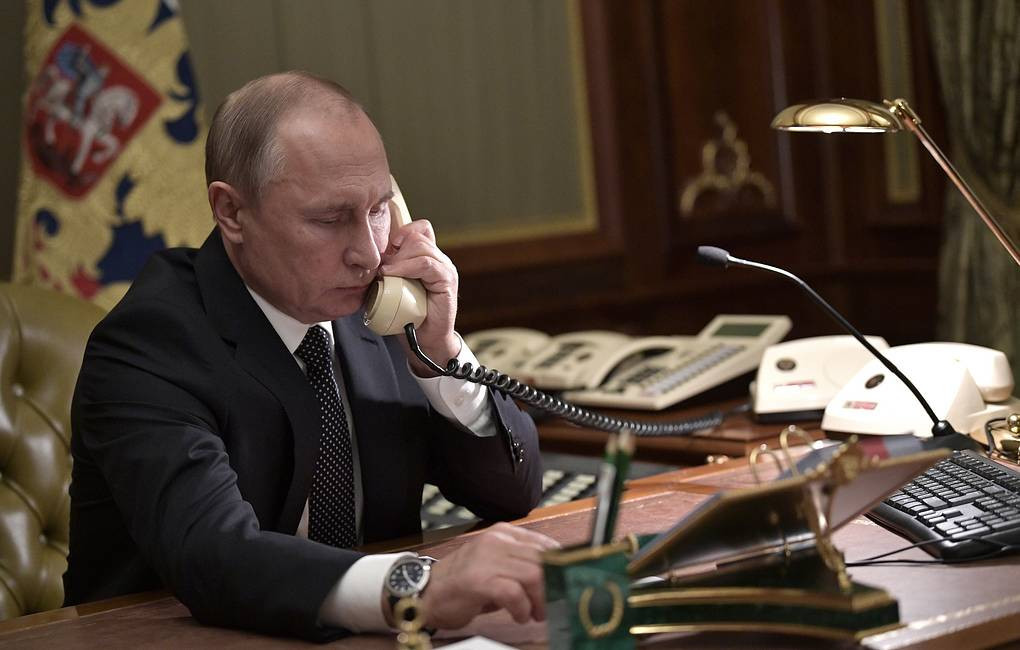 It is believed to have been the first contact between the International Olympic Committee (IOC) President and Putin since the Court of Arbitration for Sport (CAS) announced its decision earlier this month to halve the sanctions imposed on Russia by the World Anti-Doping Agency (WADA) following allegations of state-sponsored doping.

Even though CAS cut the suspension from four to two years, the nation's flag, name and anthem will remain banned from the next two Olympics and Paralympics, the re-arranged Games in Tokyo next year and Beijing 2022.

Russia was also forced to compete under a neutral flag at the 2018 Winter Olympic and Paralympic Games in Pyeongchang.

Russian Government officials, including Putin, will also be banned from attending the Olympics – unless they are invited by the host country’s head of state.

The Kremlin did not report whether Putin and Bach discussed the situation during the call, which it is claimed was to wish Bach a happy 67th birthday, which he is celebrating today.

"The head of the Russian state and the IOC President also exchanged warm season’s greetings."

Putin speaks fluent German having studied it at school in Saint Petersburg and then served for the KGB in Dresden.

Bach’s close relationship with Putin has drawn much criticism in the past.

Putin was the first world leader to congratulate Bach following his election as IOC President at Buenos Aires in 2013.

The pair also worked closely during the build-up to the 2014 Winter Olympic and Paralympic Games in Sochi, regularly appearing in public together when they often toasted each other.

Those Games in the Black Sea resort, where Putin spends much of his time, have now become notorious for being at the centre of the state-sponsored doping programme launched by Russia to ensure they finished top of the medals table.

It is believed that Putin and Bach last met at the 2018 FIFA World Cup final in Moscow.

Despite the seemingly overwhelming evidence that the Russian Government was involved in a programme to manipulate results at several major events, including the 2012 Olympic Games in London, the country has continued to protest its innocence.

Russia has regularly claimed that it is the victim of political games by rivals in the West.

"I know for sure that, apart from the obvious violations made by Russian athletes, there are also many partially related to sports Western figures who tend to overemphasise our role in promoting doping in every possible way and hence play down what is happening in the West," Lavrov told Russia’s official state news agency TASS following the announcement of the CAS decision.

"I'm not talking about such a well-worn example, as ‘asthmatics’ Norwegians and other Scandinavians.

"But speaking about our sport’s image, I do not believe that it was tarnished somewhere.

"I have no doubt about that.

"We are valued and respected."

A spokesman for the IOC confirmed to insidethegames that Bach did receive a telephone call from the Russian President and that Putin "wished him a happy birthday and good wishes for the New Year".