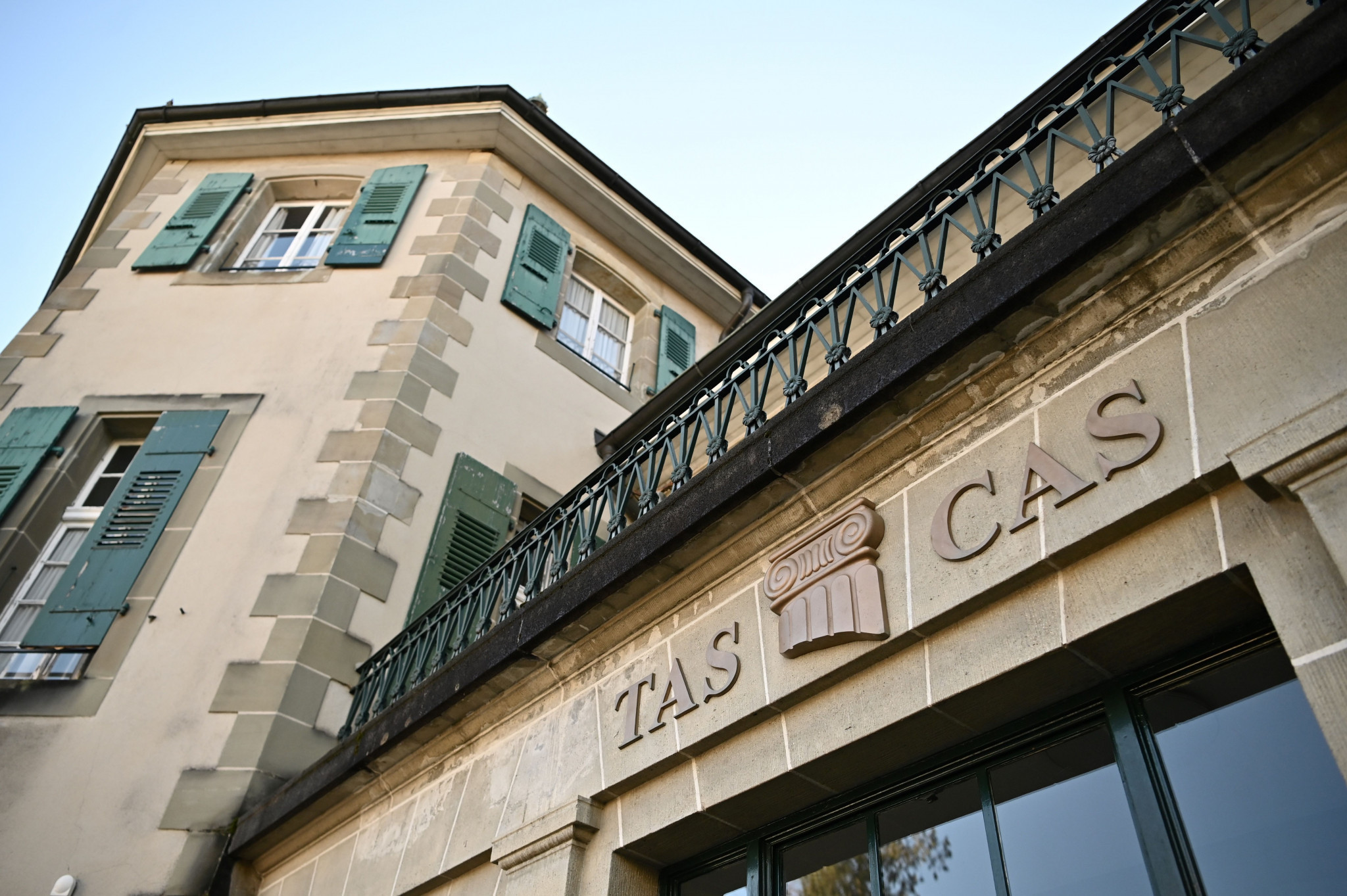 The World Anti-Doping Agency (WADA) has claimed the Court of Arbitration for Sport (CAS) panel has failed to fully explain why it significantly reduced sanctions imposed on Russia in its decision published today.

WADA had imposed a four-year package of punishments on Russia in December 2018 after it found data from the Moscow Laboratory had been tampered with and manipulated.

A three-member CAS panel last month cut the period of sanctions to two years following an appeal by the Russian Anti-Doping Agency.

Russia will not be able to host, or be granted the right the stage, any major events during the two-year period where the sanctions apply and it must be stripped of any World Championships it has already been awarded that are due to take place between now and December 16 2022 "unless it is legally or practically impossible" to do so.

But a number of sanctions imposed by WADA were significantly watered down by the panel, despite the three members heavily criticising Russia's conduct and confirming the country had sought to "cover-up the cover-up".

The watchdog submitted that the decision of its Executive Committee to impose the post-reinstatement criteria data requirement was an "opportunity for the Russian authorities to provide full and transparent disclosure of the Moscow data", enabling athletes guilty of offence to be punished and innocent athletes cleared.

The CAS panel said Russian authorities viewed it as "an opportunity to fraudulently promote their fabricated defence strategy and mitigate or avoid the consequences of the doping scheme".

"Rather than providing access to the data in the spirit of transparency and data preservation reflected in the correspondence, the Russian authorities in late 2018 and January 2019 engaged in extensive manipulation of the Moscow data," the CAS Panel wrote.

"In crude terms, the non-compliance in this case is an attempt to cover up evidence of the doping and anti-detection scheme described in the McLaren Reports.

"When the cover-up of the doping scheme began to unravel, the solution adopted by the Russian authorities was not to come clean but rather to double down by seeking to cover up the cover-up."

WADA submitted that before and during its retrieval visits, deletions and manipulations of the LIMS data took place.

This allegedly included deletion of thousands of files, targeted manipulations of data to remove indications of doping, and backdating commands to make it appear that the above deletions and manipulations took place in 2015, when Grigory Rodchenkov was still working at the Moscow Laboratory.

It was also alleged that forum messages were fabricated designed to frame Rodchenkov and Tim Sobolevsky, a laboratory staff colleague, by advancing a theory that they had extorted money from athletes and coaches under the threat of manipulating sample analysis results.

Further allegations included the deletion of messages to cover-up the involvement of Evgeny Kudryavtsev, a member of the Moscow Laboratory staff who has been a witness in several CAS cases denying Rodchenkov’s allegations, in sample-swapping activities.

The WADA Intelligence and Investigations Department described the fabricated, modified and deleted forum messages as a "stunning deception" and the "figurative smoking gun".

The CAS Panel agreed the non-compliance "could hardly be more serious", concluding that in response to "damning forensic evidence" Russian experts assisting the Ministry of Sport offered explanations that were "wholly inadequate, unconvincing and far-fetched".

The panel wrote that the "manipulations show that the Russian authorities remain as willing as ever to interfere with, and corrupt, the anti-doping system" and accepted it is "necessary to impose serious consequences not only in the interest of the fight against doping in general, but also specifically in the long-term interest of RUSADA, the protection of Russian athletes, and clean Russian sport".

"It is necessary to impose meaningful consequences to attempt to ensure the confidence of clean athletes, stakeholders and the wider public in the ability of WADA to defend the integrity of sport against doping," the CAS panel added.

"Otherwise, the clear message will be that governments and public authorities can corrupt and manipulate anti-doping programs and that WADA is unable to do anything about it."

The panel, however, decided not to enforce all of the sanctions requested by the WADA.

The WADA Executive Committee decision stated Russian athletes can only take part at major events "where they are able to demonstrate that they are not implicated in any way by the non-compliance with conditions including (without limitation) that they are not mentioned in incriminating circumstances in the McLaren reports".

Last month’s CAS verdict deemed that athletes "shall not be subject to suspension, restriction, condition or exclusion imposed by a competent authority in any past or future proceedings which remains in force at the time of the specified event" in order to be cleared to compete.

This means only athletes currently serving a doping suspension will be ineligible for the neutral team at Tokyo 2020, Beijing 2022 and World Championships.

The CAS Panel found WADA’s decision would "probably lead to lengthy investigations and subsequent litigation as to whether an athlete has been able to discharge the burden".

The panel said it would "potentially involve athletes being required to access the massive amount of data involved in this case, perhaps in a fruitless and time-consuming search to discover whether they are implicated or even mentioned in the database or the circumstances of the noncompliance".

"There was no evidence or submission by WADA as to the process by which an athlete would be able to undertake the task of establishing that they were not implicated by the non-compliance, nor as to the cost and time involved in such an exercise," the panel stated in the full decision.

The CAS Panel also said it was relevant WADA had access to the 2015 LIMS copy since October 2017 and to the Moscow data since January 2019 as the global watchdog "therefore could have been in a position to share any such data with the respective signatory responsible to pursue an alleged ADRV".

The panel said it was "not persuaded that an exclusion placing the onus on athletes to prove they were not implicated by RUSADA’s non-compliance would be appropriate".

The CAS also explained its decision to allowing the word "Russia" to feature on athletes uniforms.

The panel claimed it was appropriate "to impose a modified and less restrictive version" than proposed by WADA, ruling the conditions Russian athletes may participate under "should allow some limited association with the name and colours of their homeland where necessary, but subject to restrictions as to the use of the Russian flag, national symbols and the Russian national anthem in a sport, recognition or awards capacity".

The panel said this "accommodates a balance between the WADA submission that the purpose of the consequences is that the athlete will not be associated with Russia, and the opposing concern that clean athletes should not be affected by neutrality conditions for any longer than is justified".

RUSADA and intervening parties in the case had sought to argue the four-year period demanded by WADA was not permitted under the International Standard for Code Compliance by Signatories, an argument rejected by CAS.

The CAS panel said it needed to consider an "appropriate period" for the consequences, highlighted how WADA had "only ever intended...to cover one edition of each of the Summer and Winter Olympic and Paralympic Games".

The panel added that the principles of proportionality "must be assessed in light of the signatory consequences the Panel has decided to impose as a whole", which led to the controversial reduction of the sanction from four to two years.

In response to the the published decision, the WADA said the panel "was (for reasons that are not comprehensively explained in the award) not willing to endorse the full suite of consequences recommended by the Compliance Review Committee, which WADA believes were proportionate and reasonable".

"In other words, based on its own assessment of proportionality, the Panel considered that the legitimate objectives of WADA could be adequately achieved with lesser consequences," WADA said.

The full CAS decision can be accessed here.