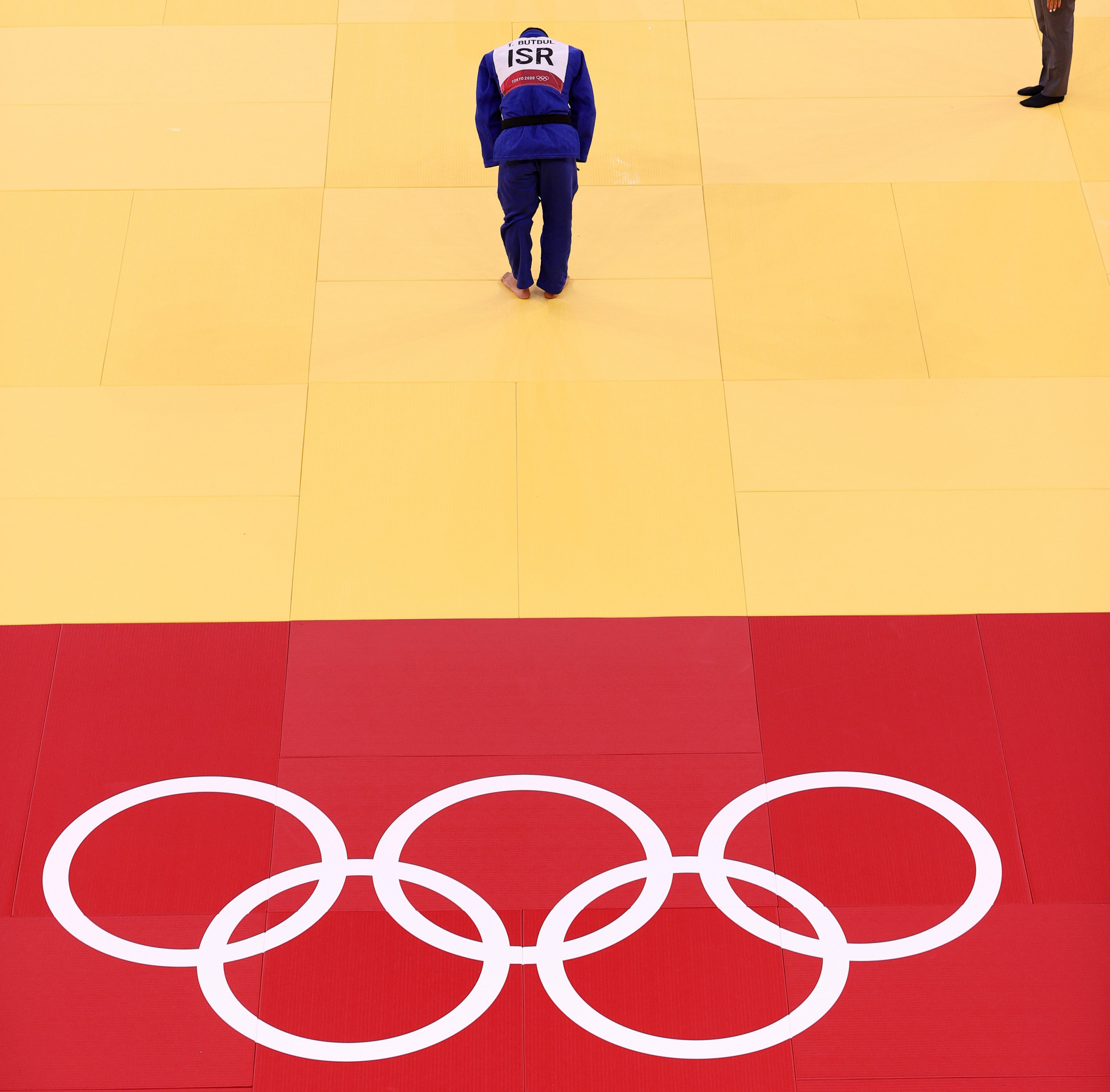 Algerian judoka Fethi Nourine, who withdrew from the Tokyo 2020 Olympics to avoid facing an Israeli opponent, and his coach Amar Benikhlef have been banned from the sport for 10 years.

An International Judo Federation (IJF) Disciplinary Commission has suspended both for a decade.

Nourine and Benikhlef will be able to appeal the decision should they wish, and the full written verdict of the IJF Disciplinary Commission has not yet been published.

The IJF Code of Conduct includes a "Respect for Others" clause, and also tells athletes to "NEVER VOLUNTARILY LOSE A FIGHT" in capital letters.

It further dictates that fighters respect "the competition regulations and the instructions of the organizers and in particular the schedules and different protocols".

The judoka and his coach had both been suspended by the IJF after Nourine withdrew from Tokyo 2020.

The International Olympic Committee took the decision to suspend Fethi Nourine for 10 years over his support of the Palestinian cause and rejection of normalization, which he expressed by refusing to compete against an Israeli judoka in the #2020Olympics. pic.twitter.com/4P9f20zgFs

Nourine, who competes in the men's under-73 kilograms class, would have faced Tohar Butbul of Israel in the second round had he beaten Sudan's Mohamed Abdalarasool, yet told Algerian television that he would not get his "hands dirty" in justifying the decision to pull out.

He and Benikhlef are now banned from all IJF events until July 23 2031.

It is not the first time that the IJF has grappled with athletes seeking to avoid facing Israeli opposition.

Mollaei has since defected to Mongolia and represented his adopted nation at the recent Olympic Games, winning a silver medal.

Algeria does not officially recognise Israel as a sovereign state, and recently in part blamed Morocco's normalisation of relations with Israel for its decision to sever diplomatic ties to Morocco.