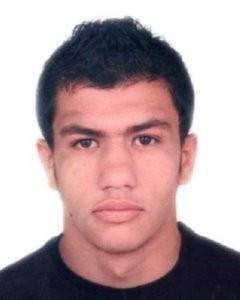 Algerian judoka Fethi Nourine and his coach Amar Benikhlef have withdrawn from the Tokyo 2020 Olympics to avoid the possibility of meeting an Israeli opponent.

Nourinem, who competes in the men's under-73 kilograms class, would have faced Tohar Butbul of Israel in the second round had he won his opening contest against Sudan's Mohamed Abdalarasool on Monday (July 26).

But he told Algerian television that he would not get his "hands dirty" and that his decision to pull out was "final".

"We worked a lot to reach the Olympics, and the news came as a shock, a thunder," he said of his draw.

Benikhlef added: "We were unlucky with the draw.

"We got an Israeli opponent and that's why we had to retire.

"We made the right decision."

Algeria has no diplomatic relations with Israel and 30-year-old Benikhlef has pulled out when having to face Israeli opponents before.

He last did so at the 2019 World Championships in Tokyo.

The International Judo Federation (IJF) said that it would investigate and that both Nourine and Benikhlef had been suspended.

"The immediate response of the IJF Executive Committee was to form an investigative commission which confirmed all the facts, leading to a temporary suspension of the athlete and the coach and assigning the case to the Disciplinary Commission of the IJF for further investigation, judgement and final sanctioning beyond the Olympic Games," the world governing body said.

"Responding to the information, the Algerian Olympic Committee withdrew both the athlete and coach accreditation and plans to send them home, applying sanctions accordingly.

"These actions were taken based on the official recorded declarations of both Fethi Nourine and Amar Benikhlef, that were published in the media and that are in total opposition to the philosophy of the International Judo Federation.

"The IJF has a strict non-discrimination policy, promoting solidarity as a key principle, reinforced by the values of judo."

Mollaei has since defected to Mongolia and could face the Israeli in question, Sagi Muki, in the semi-finals of the men's under-81kg here at Tokyo 2020.