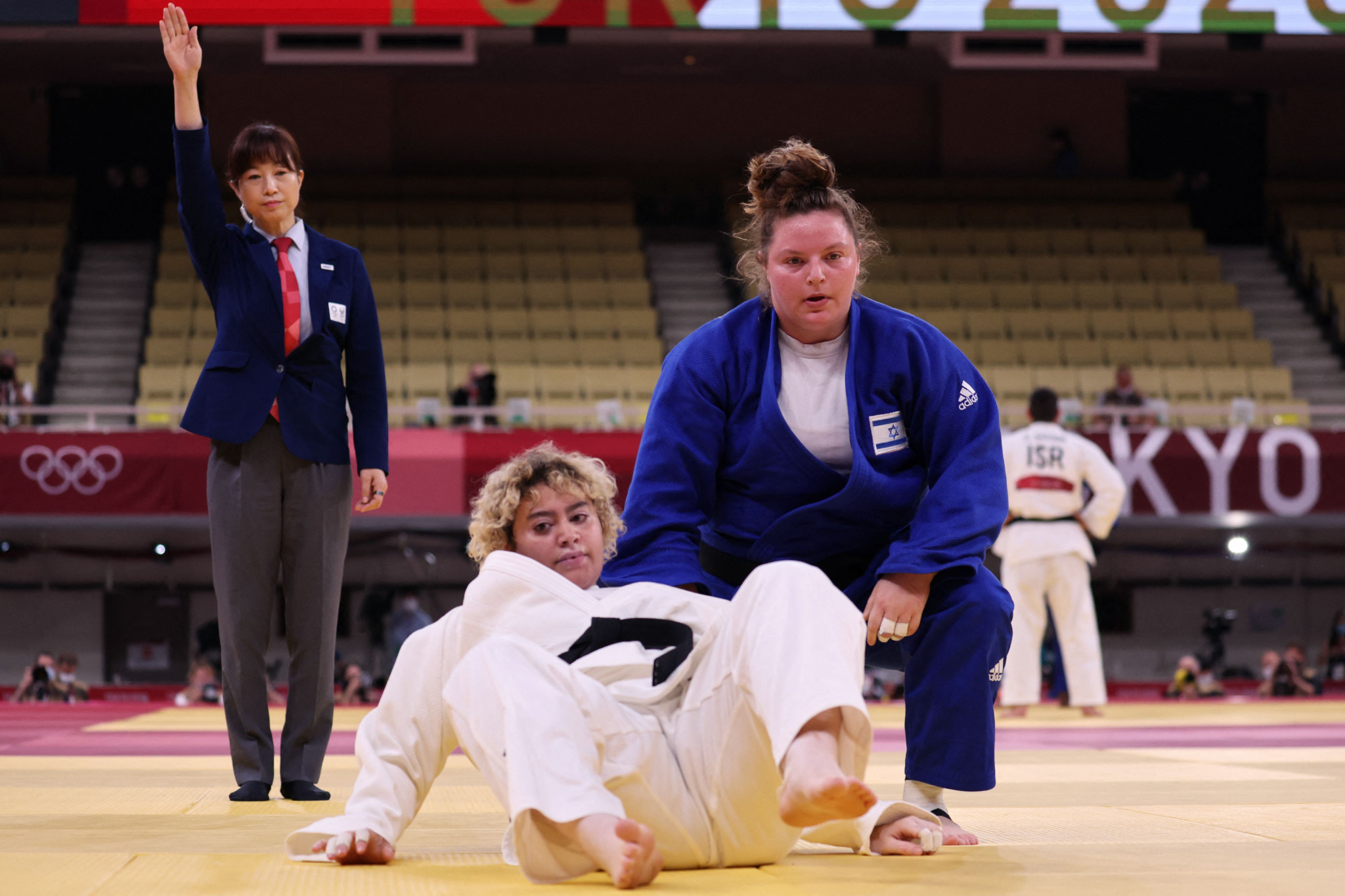 The International Judo Federation (IJF) has praised Saudi Arabia's Tahani Alqahtani for competing against an Israeli at Tokyo 2020 after two other athletes from Arab countries refused to do so.

Alqahtani faced Raz Hershko of Israel in the women's over-78 kilograms division today, losing the last-32 contest via ippon.

Her participation here was in doubt as some countries which have no diplomatic ties with Israel have previously opted not to face its athletes.

"With what happened today at the Nippon Budokan, once again judo makes history and helps to build a better world, where respect is the core value of human relations," the IJF said.

"Saudi Arabia proves that, through sport, we can go beyond differences and make sport a force to unite the world.

"The IJF and the entire sporting community highly commends and applauds His Royal Highness for supporting and protecting the decision of the athlete."

Algerian judoka Fethi Nourine and his coach Amar Benikhlef pulled out of Tokyo 2020 to avoid the possibility of meeting Tohar Butbul of Israel in the second round of the men's under-73kg class.

Nourine told Algerian television that he would not get his "hands dirty".

The IJF suspended the pair and the Algerian Olympic Committee sent them home.

Sudan's Mohamed Abdalarasool, who was due to face Nourine with the winner taking on Butbul, also pulled out and the Israeli received a bye.

Mollaei has since defected to Mongolia and won a silver medal for his new country in the men's under-81kg division here.

Saudi Arabia has been repeatedly criticised for the country's human rights record and in particular its treatment of women.

But the country has attempted to launch a charm offensive as it is interested in hosting the world's biggest sporting events.