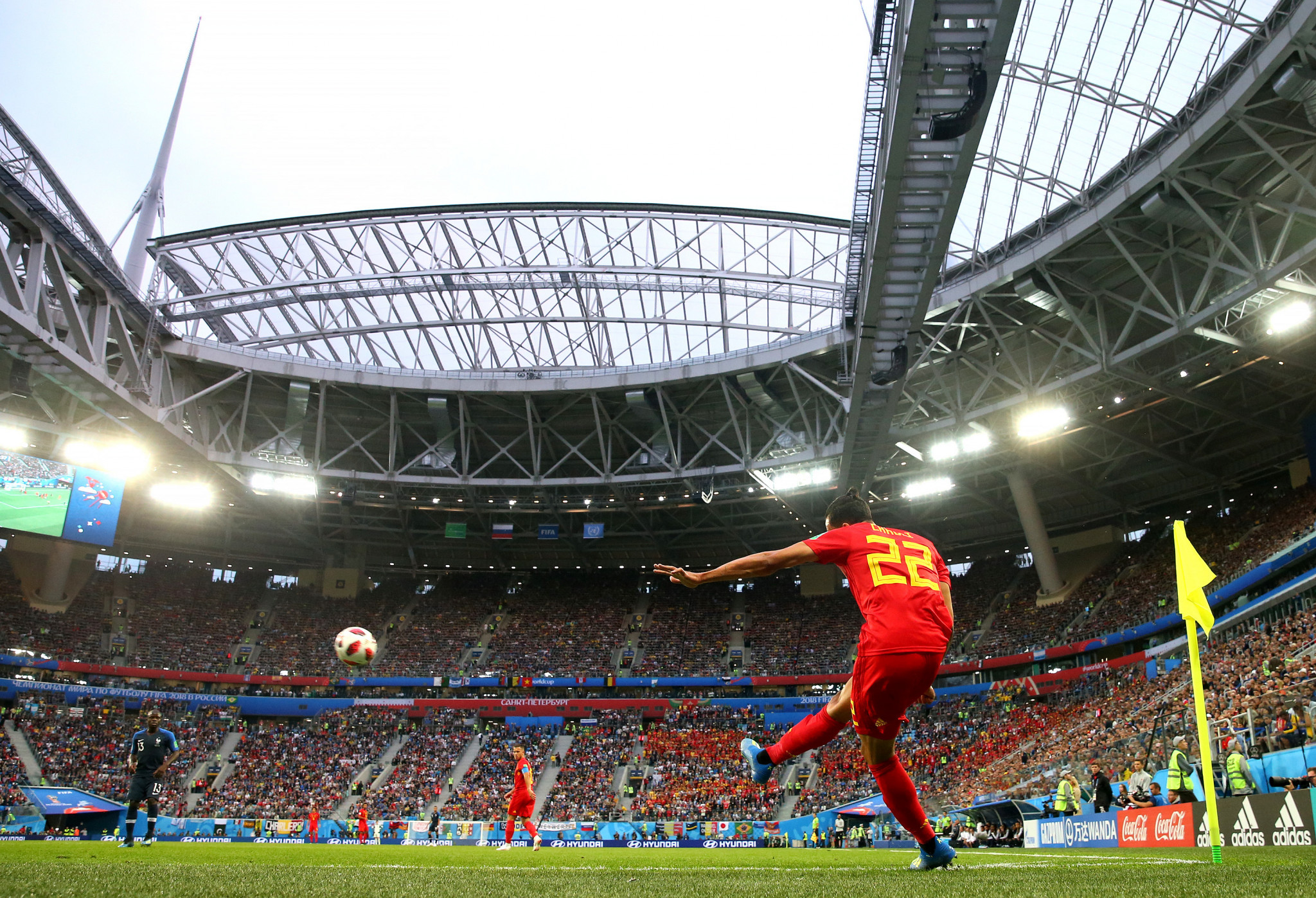 The chair of the Organising Committee for next year’s UEFA Champions League final Alexei Sorokin has vowed to ensure that the event in Saint Petersburg will be hosted "at the highest level," and said it is "highly likely" that fans will be permitted to travel to Russia for the match.

It was originally scheduled to host this year’s match, but plans were pushed back a year when the delayed 2020 final was moved from Istanbul to Lisbon due to the COVID-19 pandemic.

The stadium in Saint Petersburg, which has a capacity of more than 67,000, has previously hosted matches at the 2018 FIFA World Cup and UEFA EURO 2020.

Saint Petersburg’s fixtures at this summer’s EURO 2020 were held in front of reduced capacities due to the COVID-19 pandemic, but in comments reported by Russian state news agency TASS, Sorokin was extremely hopeful of visitors from abroad being able to attend in significant numbers.

"It is highly likely," he said.

"The possibility is being discussed that a form of fan identification will be used.

"We can say that it will be similar to Fan ID.

"There is no final decision yet, but it is very possible because it is much easier than issuing visas for everyone."

Sorokin, who served as chief executive for the Organising Committee of the last edition of the FIFA World Cup, revealed that plans are developing for what will be a four-day celebration centred on the final on Saturday May 28, including a "Festival of Champions" fan zone.

On the Opening Ceremony, Sorokin said COVID-19 restrictions nearer the time would determine its scale.

"EURO [2020] had certain restrictions linked to the number of people on the field which directly affects the format of opening ceremonies," he said.

"It is one thing if you are allowed 500 people on the field and a different one if only 60 can come out.

"These are two different ceremonies judging by the organisation scale."

He added that the Champions League final Organising Committee has been in consultation with football’s European governing body UEFA as it seeks to deliver the event.

"We are always striving to organise everything that’s held in our country at the highest level," Sorokin said.

"Unfortunately, all the latest events are marred by COVID-19 because it is impossible to compare their organisation with that for competitions that took place before [the pandemic].

"Naturally, we are looking to organise everything as best as we can, why do it otherwise?

"We and our colleagues in Nyon [where UEFA are based] had joint discussions about the EURO [2020] results and holding the Champions League final.

"We understand who our counterparts in UEFA are.

"We discussed everything, including what differences there will approximately be for all sides.

"We have ambitious tasks, it is a grandiose event."

He also remarked that UEFA representatives are due to visit the city later this month, and that the budget for the event will be "much smaller" than that for EURO 2020 matches in Saint Petersburg.

The last edition of the UEFA Champions League final saw Chelsea beat Manchester City 1-0 in front of an attendance of just over 14,000 at the Estádio do Dragão in the Portuguese city of Porto.

The match was moved from Istanbul for the second year running after Turkey was placed on the UK Government’s red list, preventing both sets of fans from travelling.

This will be the second time that Russia has hosted the UEFA Champions League final after Moscow’s Luzhniki Stadium for the 2008 all-English match which saw Manchester United beat Chelsea on penalties.

Istanbul’s Atatürk Olympic Stadium is finally due to host the final in 2023.