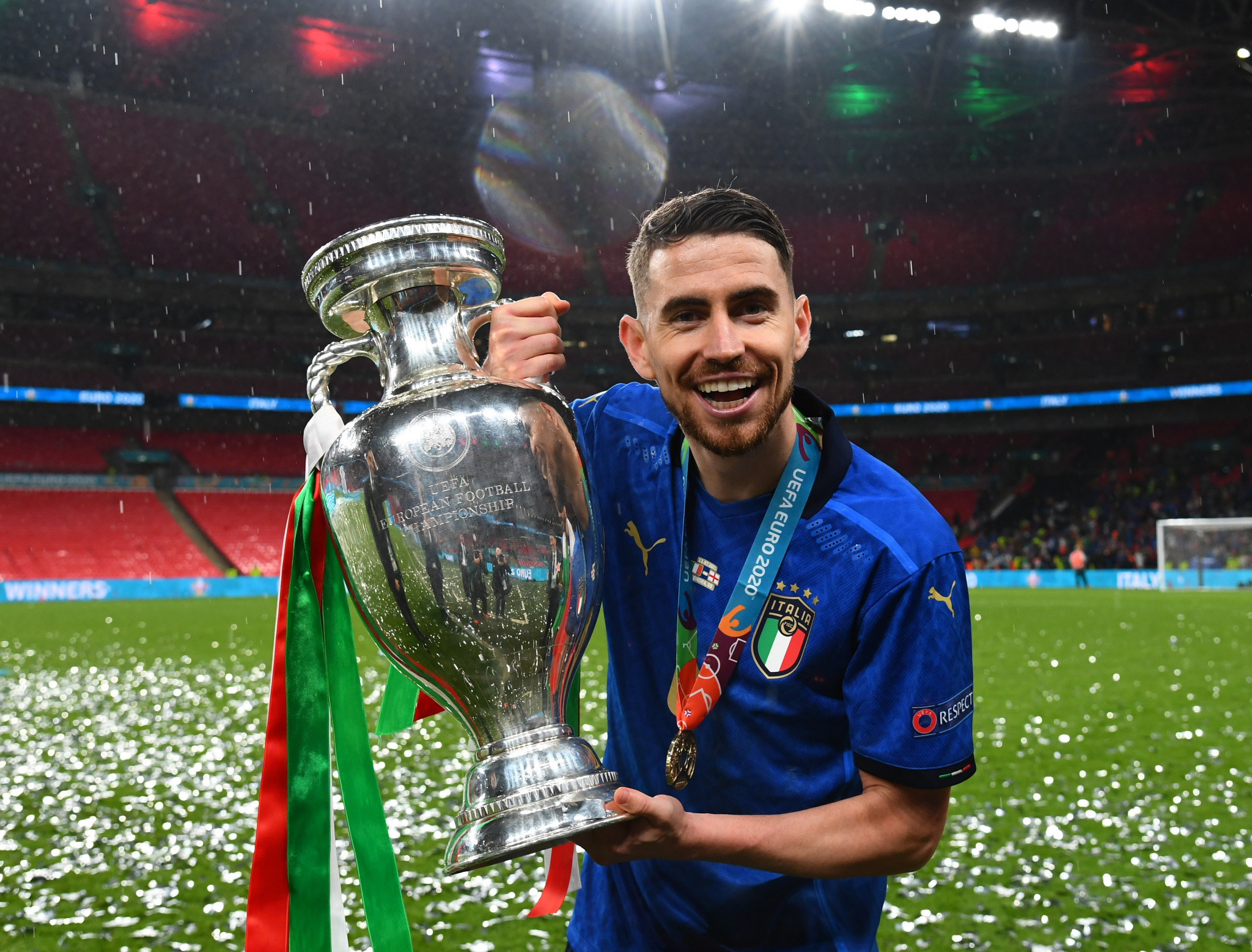 The winners were revealed at the UEFA Champions League group stage draw for the 2021-2022 season at Istanbul’s Haliç Congress Centre in Turkey.

Jorginho joined Chelsea from Italian club Napoli, and operates as a deep-lying playmaker.

He helped the London club to finish fourth in the Premier League last season and win the Champions League.

Although born in Brazil, Jorginho is eligible to play for Italy, and he played in every game as Roberto Mancini’s team won EURO 2020 this summer, scoring the decisive penalty in the semi-final shoot-out win against Spain with his trademark spot kick.

He was voted as winner by a panel of EURO 2020’s 24 coaches, the 80 coaches of the teams who reached the Champions League and Europa League group stages, and one journalist from each of UEFA’s 55 member associations, beating off challenges from Kevin De Bruyne of Manchester City and Belgium, and his club team mate and French international N’Golo Kanté.

"I would like to say thank you to all the people who made their contribution to making this happen," Jorginho said in a video message.

"A big thanks from the heart to all the people who helped me on this route, to my family, to my friends, to the supporters, to my teammates, to the coaches I’m very happy.

"A hug to everybody."

She scored her side’s second in a 4-0 thrashing of Chelsea in the Women’s Champions League final, and assisted Aitana Bonmatí for the third.

The Women’s Player of the Year award was voted for by coaches of the clubs that reached the Champions League last 16, coaches of the 12 highest ranked national teams and 20 journalists.

Putellas saw off challenges from striker Jennifer Hermoso, with whom she plays for club and country, and team mate and Dutch international Lieke Martens.

"I would like to thank my teammates and the whole team who made it possible for us to have such a successful season," said Putellas.

"I would also like to mention the rest of the nominees, particularly Lieke and Jenni, with whom I am sharing this podium.

"At the end of the day, it is the entire team, the entire club which has won this.

"It is such an achievement that so many Barça players are nominated for these awards.

"I’d also like to thank the fans for all of the love they’ve shown me. Let’s go for more! Thank you very much."

Positional awards were also handed out for the men’s and women’s Champions League.

Villarreal and Spanish striker Gerard Moreno was named the UEFA Europa League Player of the Season after scoring seven times to help his club win their first ever major trophy against Manchester United in Gdańsk in May.

Denmark’s national captain Simon Kjær and the medical team who saved the life of Christian Eriksen after he collapsed during his country’s EURO 2020 match against Finland in Copenhagen received special recognition in the form of the 2021 UEFA President’s Award.