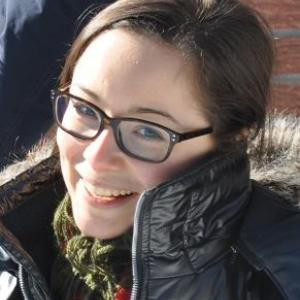 Bardocz-Bencsik has been working alongside the World Curling Federation’s media team since 2014 on a freelance basis, including at the 2016 and 2020 Winter Youth Olympic Games in Lillehammer and Lausanne, respectively, and the 2018 Winter Olympic Games in Pyeongchang.

Initially, in her role as press officer for the Hungarian Curling Federation, Bardocz-Bencsik was a beneficiary of the WCF’s media assistance programme.

Bardocz-Bencsik graduated from the PhD programme of the University of Physical Education, Hungary in early 2021.

Her research areas include the role of sport in international development and high-profile athletes’ involvement in development work.

Bardocz-Bencsik is also an advisor of the "Global Initiative for Diversity, Equity and Inclusion in Curling."

“I cannot wait to start contributing to the promotion and development of curling in this new role."

Bardocz-Bencsik will be tasked with a focus on the European member associations of the Perth-based World Curling Federation, while existing media officer, Emily Dwyer, will now oversee the Americas and Pacific-Asia member associations.

"We are delighted to bring Mariann into the expanded media team on a full-time basis after several years of working with us as a contractor," said the WCF’s head of media Christopher Hamilton.

"Mariann’s enthusiasm for our sport and her previous experience working on the international stage will be invaluable in what is expected to be a very busy season."