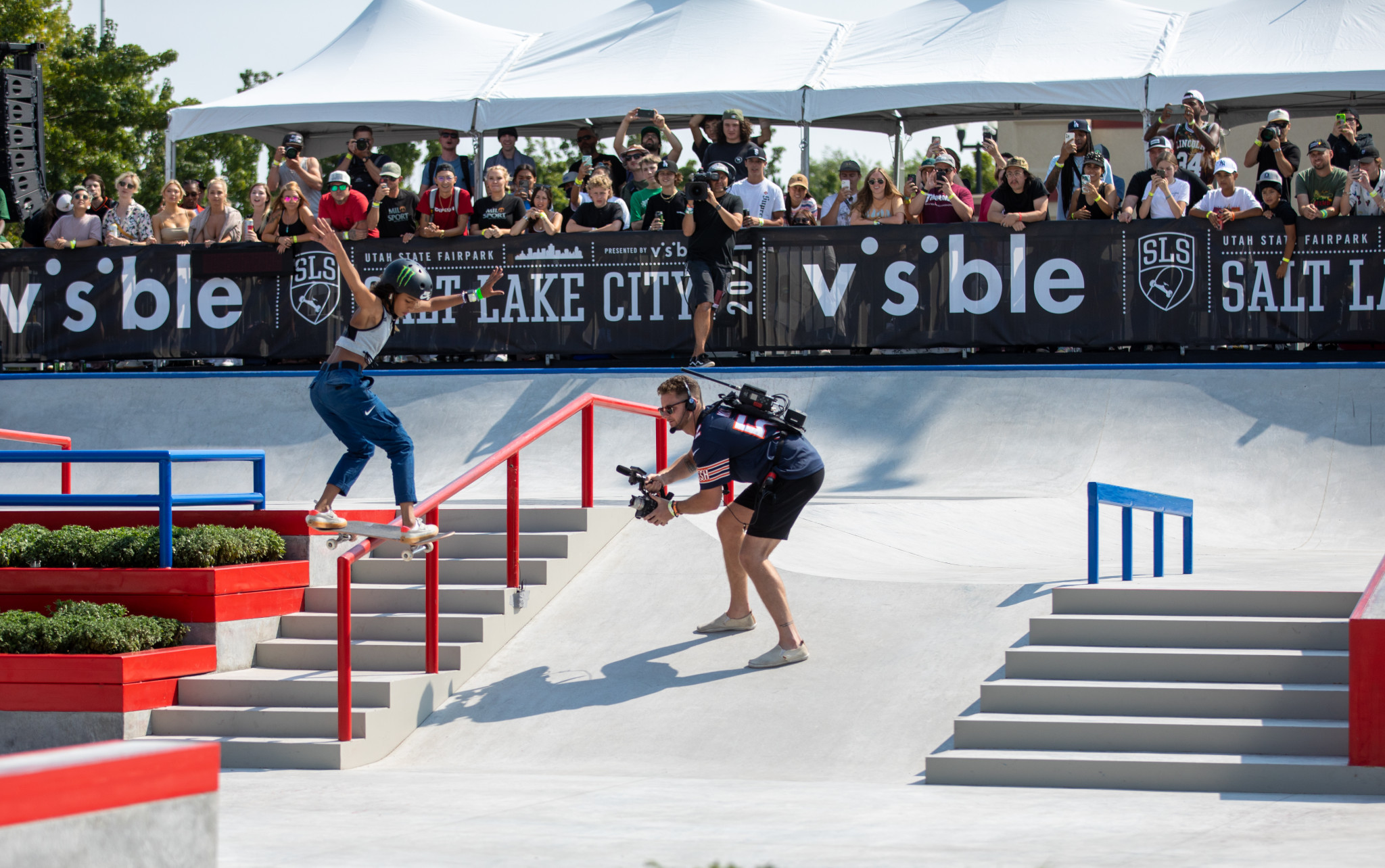 Porugal's Ribeiro was given a score of 9.0 or higher for three tricks in the men's final, giving him enough points to relegate 2019 SLS champion and four-time world champion Nyjah Huston to second place.

American Huston scored 27.2 points, whereas Ribeiro - a bronze medallist at the 2019 World Championships - was given 27.6 at Utah State Fairpark.

Ribeiro's final trick - a 360-flip nose blunt - was the highest-scoring effort of the day, worth 9.4 points.

"This is a dream - never stop dreaming," Ribeiro, who has battled a should injury this year, said afterwards.

"It’s all about perseverance.

"Because if you practice, train and never stop believing in yourself, anything is possible."

In the women's event, 13-year-old Leal amassed 21.0 points - 0.3 more than the Japanese skater she finished one place ahead of at the Olympics, Funa Nakayama.

A score of 8.5 for the Brazilian's concluding kickflip frontside boardslide proved decisive.

DAZN is showing all three of the series' two-day events in Japan, Spain and Italy, with MCS in France and Fox Sports in Australia doing the same.