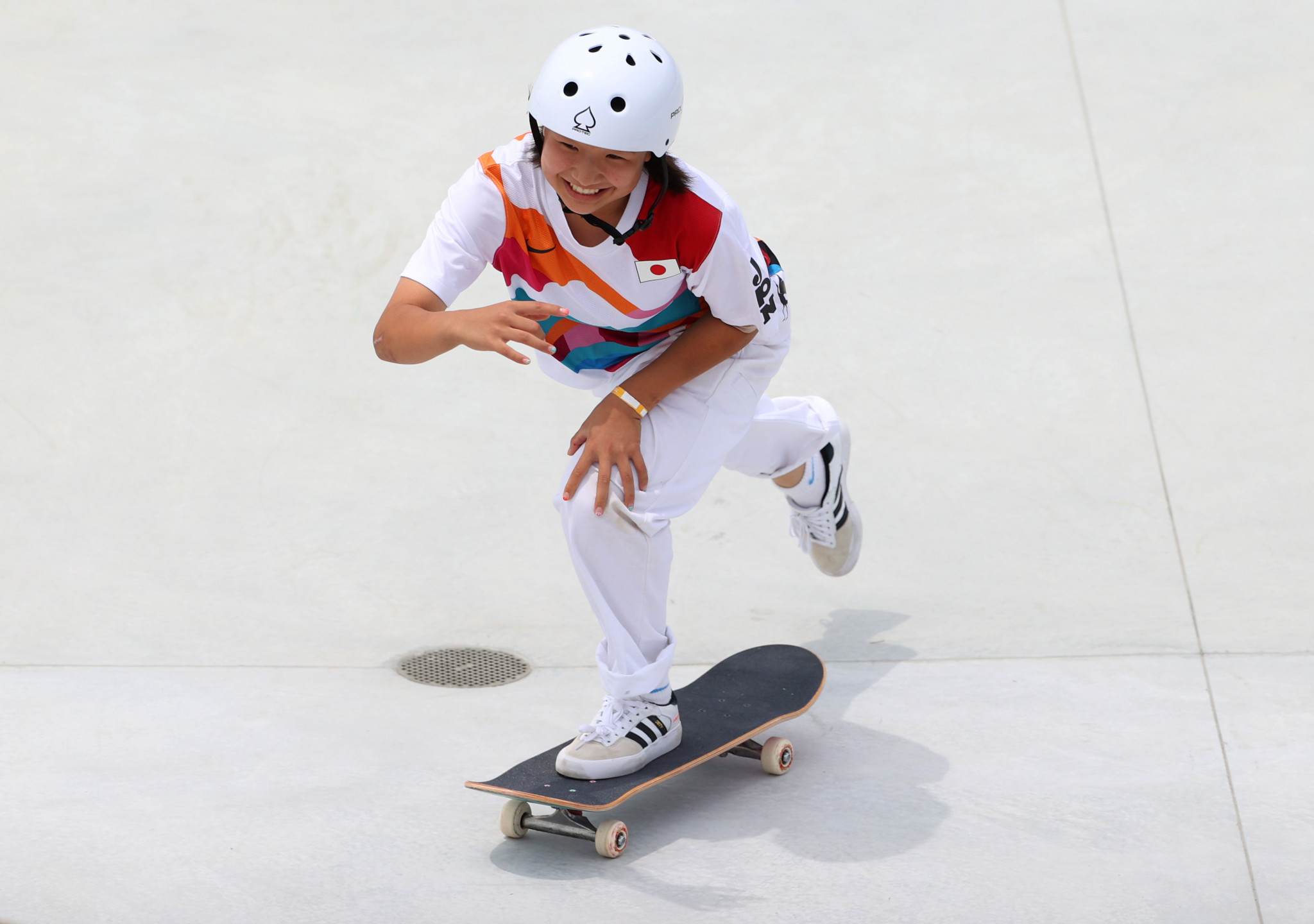 Olympic champion Momiji Nishiya and silver medallists Rayssa Leal and Kelvin Hoefler are all due to compete at the first leg of the Street League Skateboarding (SLS) Championship Tour in Salt Lake City.

The two-day event begins tomorrow with preliminary competition at Utah State Fairpark, where a permanent skateboarding facility has been built.

Japan’s Nishiya - the first-ever Olympic champion in women’s street skateboarding - will be two days shy of her 14th birthday should she reach the final.

All three are Brazilian.

Mariah Duran - a finalist at this year’s World Championships in Rome - could well be the leading American skater.

Brazil's Hoefler was the runner-up at Tokyo 2020, while Micky Papa and Matt Berger - American finalists at this year’s World Championships - are also names to watch.

The Salt Lake City stop is the first of three on this season’s SLS circuit, along with events in Miami and Jacksonville - the latter being promoted as the SLS Super Crown World Championship.