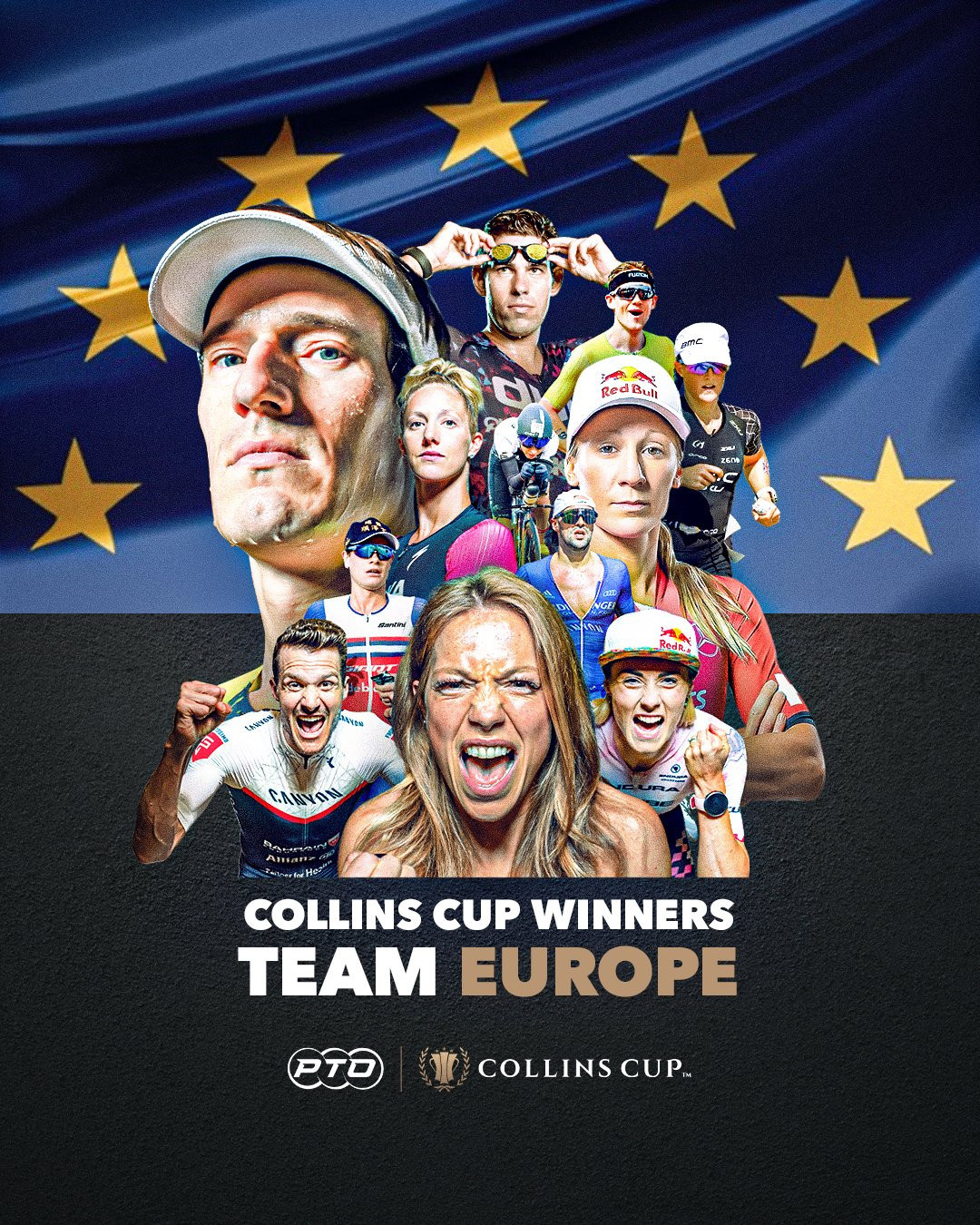 Europe won the first-ever Collins Cup - a three-team triathlon competition billed as the sport's answer to the Ryder Cup.

Unlike the golf tournament, the Collins Cup featured Team Internationals as well as outfits representing the United States and Europe.

European athletes won six of the 12 individual races at the event in Šamorín in Slovakia, as the team amassed a winning total of 42.5 points.

Athletes earned three points for a win and an additional 0.5 points for each two-minute margin by which they beat an opponent - up to a maximum of 1.5 per opponent - meaning six was the best score possible.

Plenty to celebrate about for Team Europe 🙌

PTO rankings were used to selected four men and four women for each of the teams, with captains' picks completing the 12-person squads.

Each race consisted of a two-kilometre swim, 80km cycle and an 18km run - somewhere between Ironman and Olympic distances.

The event is named after John and Judy Collins, the inventors of the Ironman.