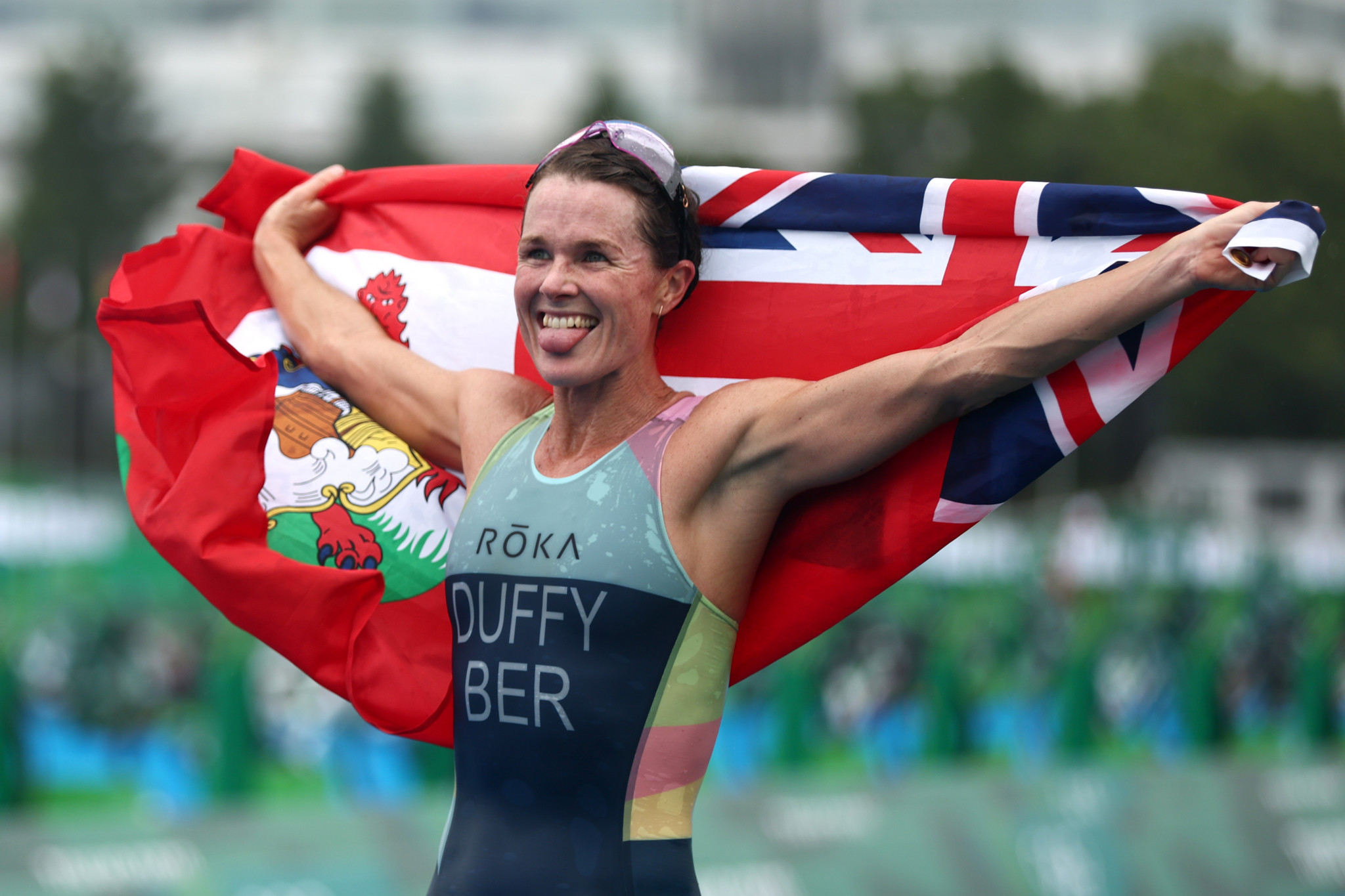 Flora Duffy is the first-ever triathlete to win world and Olympic titles in the same year, after a third-place finish in Edmonton was enough to secure the overall World Triathlon Championship Series (WTCS) crown.

The Bermudan entered the final race of the circuit with a healthy lead, and ended up winning the world title by almost 400 points.

Duffy has 3,861 at the end of the season, compared to 3,486 for American Taylor Knibb, who moved up to second place by wining the concluding race.

Knibb took charge of the racing in Canada with an imperious bike ride which was more than 90 second faster than anyone else in the field could manage.

Having led after the swim, Knibb rode alone and then cut a solo figure on the run as well, winning by almost a minute.

Knibb crossed the line in 1 hour 54min 47sec, with second-place Leonie Periault from France clocking 1:55:43 for her best-ever WTCS result.

Only a matter of hours after Duffy's world title was confirmed, Kristian Blummenfelt emulated her by adding the men's world crown to his Tokyo 2020 gold medal.

The Norwegian had plenty to do after the swim and cycle, but powered towards the leaders in the closing two kilometres, catching and then passing them in a grandstand finish.

Blummenfelt pipped Belgian Marten Van Riel to the line, with both athletes given a 1:44:14 time.

Léo Bergere was a futher second back in third place.

Britain's Alex Yee, the Olympic silver medallist who led the WTCS standings heading into this finale, had a swim and cycle to forget, leaving himself with too much to do on the run.

Despite the fastest 10km run of anyone, Yee finished down in 11th, allowing Blummenfelt to secure the world title and Van Riel to jump to second, with Yee having to settle for overall bronze.