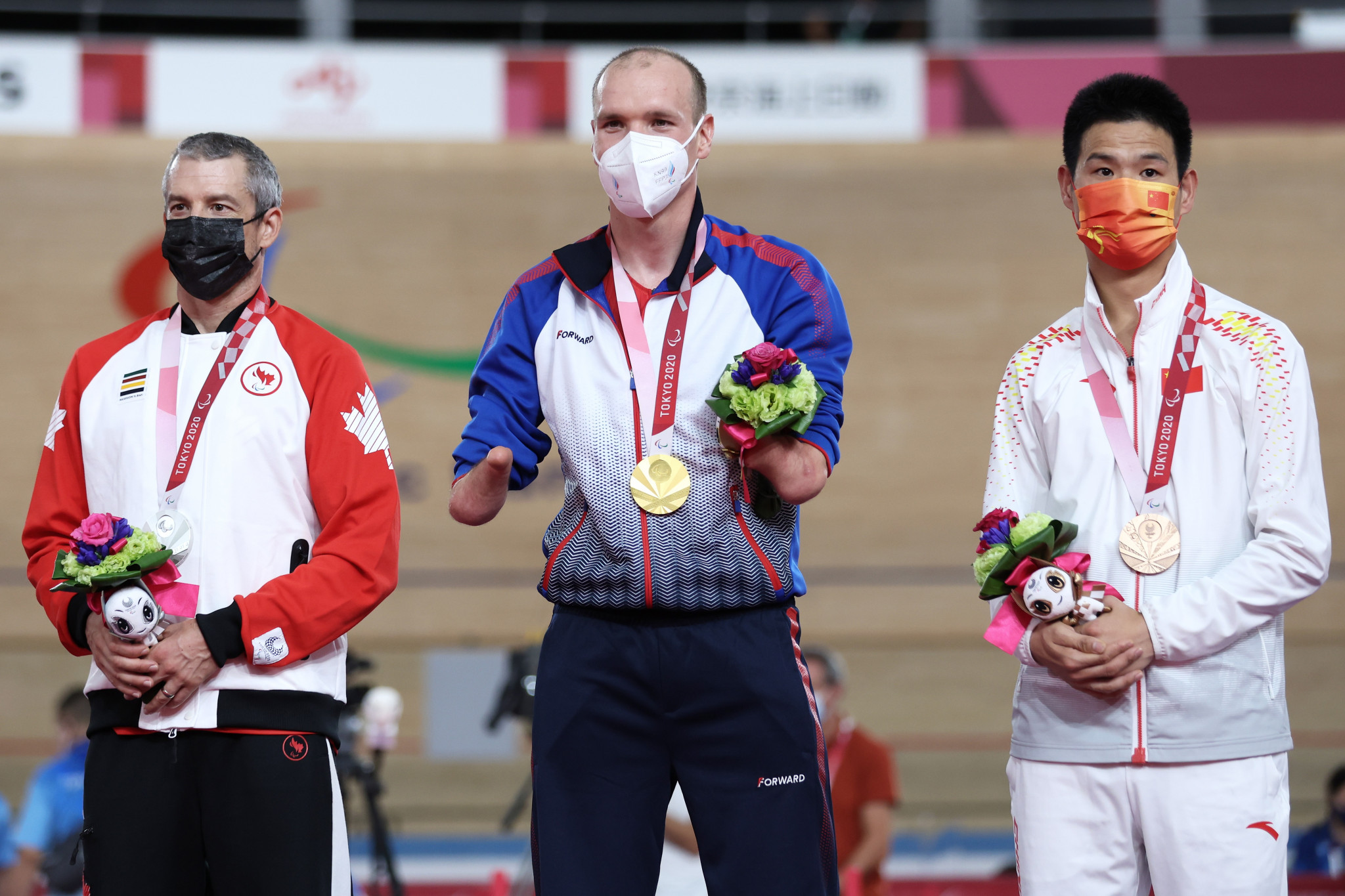 Astashov struck gold in the men’s C1 3,000-metre individual pursuit before taking to the podium to receive his medal.

After noticing the blunder, a decision was taken to hold the victory ceremony again to allow the correct anthem to be performed.

Masa Takaya, spokesperson for Tokyo 2020, said organisers have issued an apology to Astashov, the RPC and the IPC for the "operational mistake".

"The IPC anthem was mistakenly played instead of the anthem for the Russian Paralympic Committee," said Masa Takaya, spokesperson for Tokyo 2020.

"Following discussions immediately after the ceremony with representatives of the IPC and UCI (International Cycling Union) we apologised to the athlete and asked the medallists to take to the stage again where the correct anthem was played.

"It was purely an operational mistake.

"We would like to sincerely apologise to the medallist, the RPC and the International Paralympic Committee."

Astashov lapped Canada’s Tristen Chernove in the final to earn the RPC its first gold of the day, while Li Zhangyu of China won bronze.

The 32-year-old had earlier smashed the world record in qualifying with a time of 3min 35.954sec.

The International Olympic Committee and IPC approved the use of Tchaikovsky’s First Piano Concerto for the Russian team during medal ceremonies at Tokyo 2020 and the Beijing Winter Olympics to replace the banned national anthem.

It had been proposed after the Court of Arbitration for Sport (CAS) rejected the use of the folk song Katyusha, considered to have been directly associated with Russia, which would be in breach of the doping sanctions imposed on the country.
The Tchaikovsky music was used instead of the Russian national anthem at World Championships in skating held earlier this year.

Russia competed as "ROC" - for Russian Olympic Committee – at the Tokyo 2020 Olympics and will do so again at Beijing 2022 as part of punishments for the "cover-up of the cover-up" of the manipulation of data at the Moscow Laboratory.

The country's name, anthem and flag has also been banned under the sanctions for the state-sponsored doping scheme operated by Russian officials at major events including the Olympics and Paralympics.

There have been reports in China that some medals won by athletes had fallen apart following their return from the Olympics.

"The plating that has come off the medal it was related to scratches," added Takaya.

"There was a protective layer put on the medal to prevent scratches.

"The layer is not intended to stay on the medal."