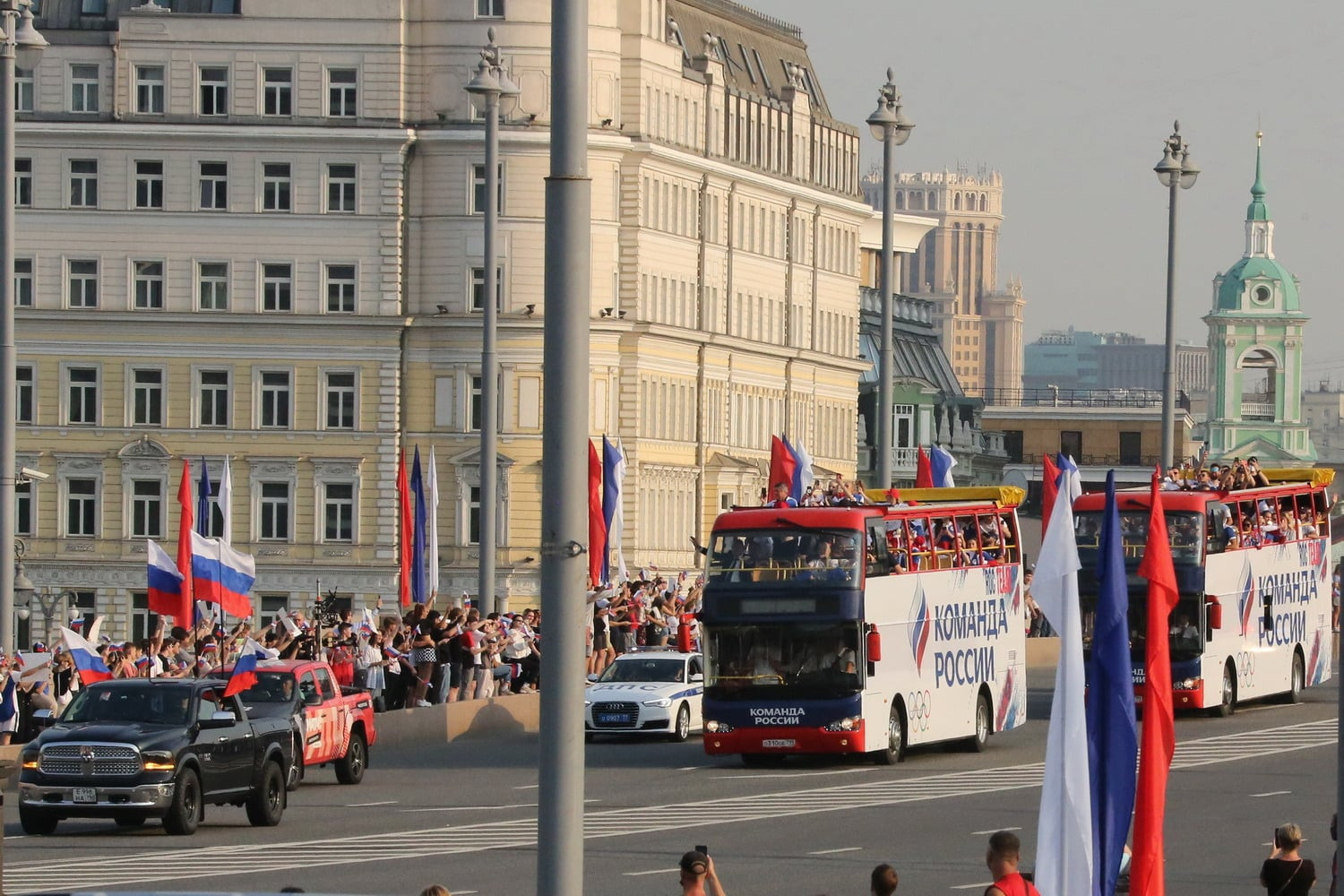 The Russian national anthem and flag - banned at the Tokyo 2020 Olympics - both featured in Red Square as the country's athletes were welcomed home from the Games.

Russia were forced to compete as the neutral Russian Olympic Committee (ROC) team in Japan due to the package of sanctions against the country, implemented after state authorities were found to have manipulated doping data at Moscow Laboratory.

Restrictions included a complete ban on the Russian flag, national anthem and symbols.

This left them fifth in the overall medals table.

Returning athletes were celebrated in Moscow's Red Square on open-top buses, while the national anthem was played and flags fluttered to make up for the absence in Tokyo.

During the Olympics, the First Piano Concerto by Pyotr Tchaikovsky was used instead of the anthem.

A flag using the ROC logo was also used.

"Every athlete in our delegation is a hero," said ROC President Stanislav Pozdnyakov, according to Reuters.

"Even those who were not able to win a medal exerted themselves to the maximum to contribute to the team."

ROC success included a swimming double for Evgeny Rylov, who won both the men's 200 metres and 100m backstroke.

Other highlights were Mariya Lasitskene's gold in the women's high jump and victories in both the men's and women's team all-around gymnastics competitions.