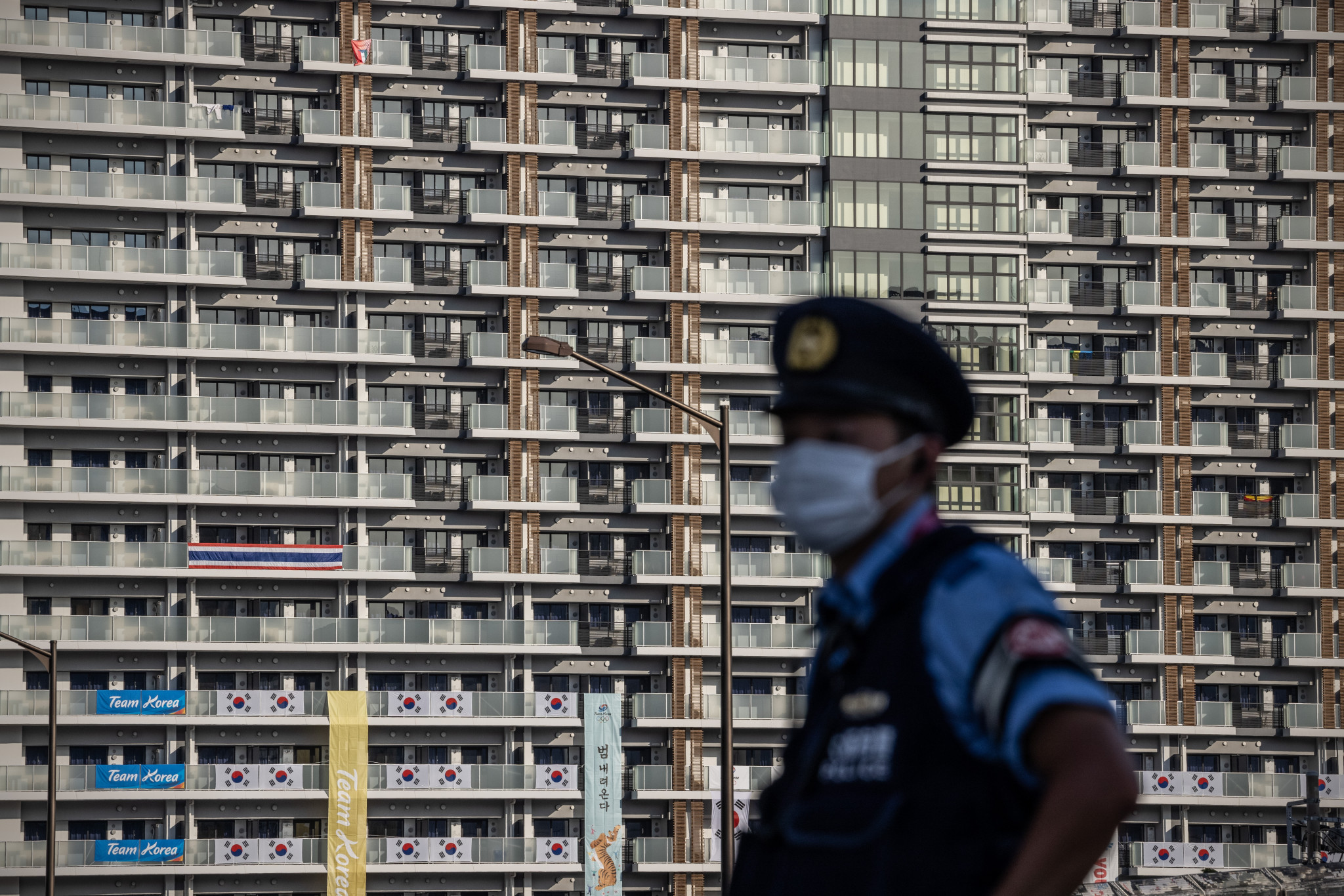 The Tokyo 2020 Organising Committee has said it will continue to seek expert advice over the emergence of new COVID-19 cases inside the Paralympic Village after nine were identified within the past three days.

Three athletes have now tested positive for coronavirus at the residential complex, with two found today after the first was confirmed yesterday.

Masa Takaya, spokesperson for Tokyo 2020, said he felt there was "no concentration" of coronavirus cases after revealing the infected individuals came from different sports and nations.

But Takaya was unable to completely rule out the possibility of a COVID-19 cluster, saying organisers will continue to closely monitor the situation.

"People who test positive are immediately isolated in the isolation facility and we are responding to the same protocols," Takaya said.

"They are currently staying in the Athletes’ Village having to take tests every day.

"If they test positive, then they have to be tested again to confirm whether they are actually positive so we followed the standard protocol."

Asked whether it was a cluster of cases, Takaya added: "It seems that those with the positive cases come from different sports and different countries.

"Whether or not there is a cluster should be based on the advice from the specialists.

"We will continue to monitor the situation closely and listen to the advice of the experts and try to provide accurate information to the media.

"At least from the factual information that we have there is no concentration that there is one country or one sport.

"It is quite varied."

A total of five positive cases were found inside the Paralympic Village today, which is the largest daily figure at the residential complex after two were identified both yesterday and on Monday (August 23).

There have been 11 in total.

As well as two unnamed athletes, Tokyo 2020 confirmed that three Games-concerned personnel based at the Village had returned positive tests today.

There were 16 cases overall, including eight contractors, one member of the media, two athletes and five Games-concerned personnel.

Seven were residents of Japan.

The overall number of cases related to the Paralympics now standards at 169, including nine athletes, since August 12.

The Paralympics were opened yesterday, with 4,403 athletes set to compete over the next 12 days.

Earlier this week, Tokyo 2020 President Seiko Hashimoto confirmed rules will be "even more stringent" than they were during the Olympics in a bid to protect athletes at the Paralympics and avoid exacerbating the spread of COVID-19.

Hashimoto warned that people who have travelled into Japan for the Games will be asked to undergo further testing for coronavirus and stick to the same rules imposed during their two-week quarantine period.

But Hashimoto conceded that organisers had no powers to penalise an individual who refused to adhere to the revamped rules.

Japan is grappling with its largest wave of cases since the pandemic began last year, with more than 20,000 infections reported yesterday.

The Japanese Government is planning to extend the state of emergency to include a further eight prefectures to take the total to 21.