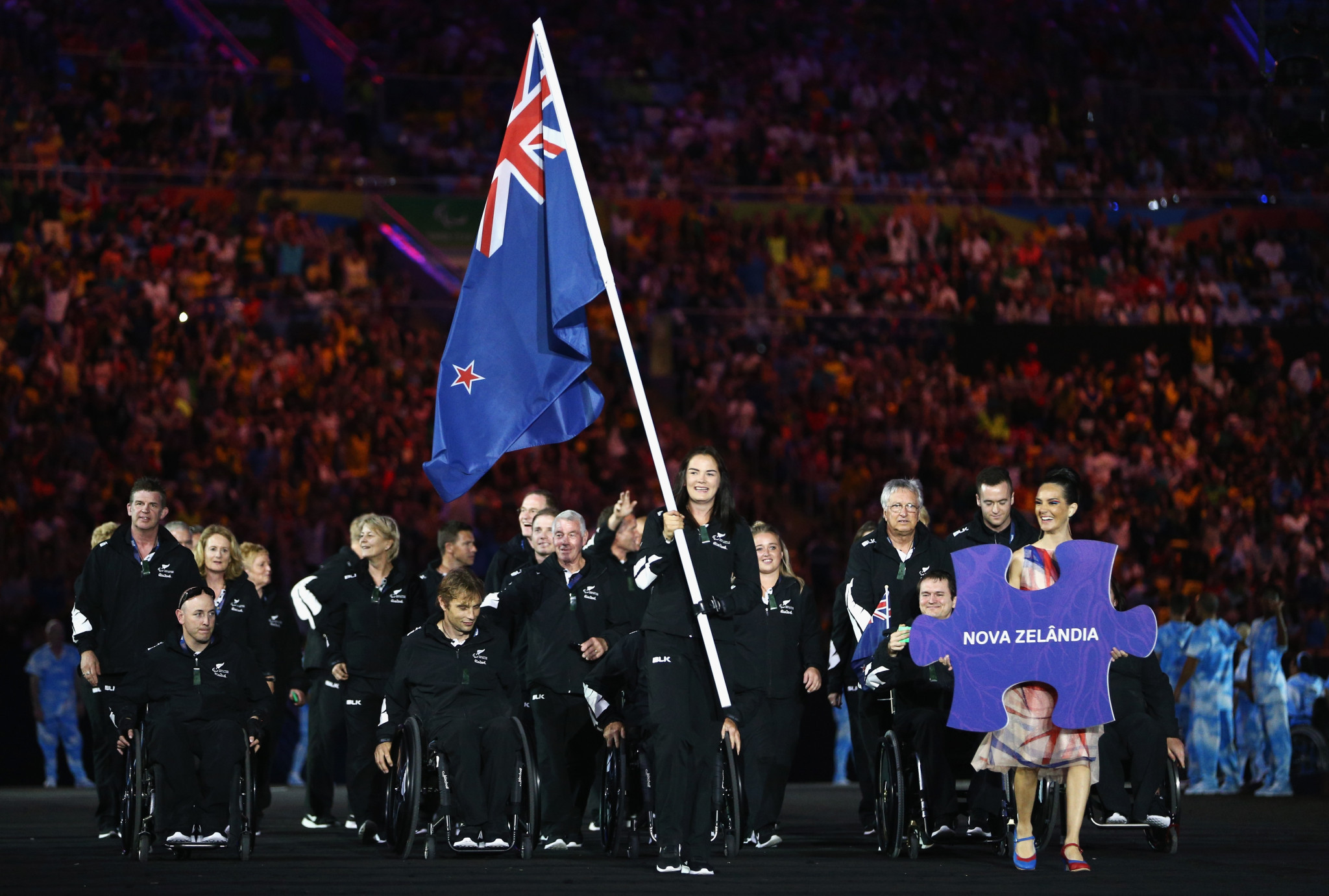 New Zealand’s Paralympic team did not attend today’s Opening Ceremony of the Tokyo 2020 Paralympic Games here due to fears over COVID-19.

Paula Tesoriero, Chef de Mission for New Zealand, said standing among "large groups of people from many nations is not aligned with our commitment to our COVID-19 protocols".

Paralympics New Zealand is sending a 66-strong delegation consisting of 29 athletes but decided not to take part in the Opening Ceremony at the National Stadium.

It meant there was no New Zealand flagbearer in the Parade of Nations, although a volunteer did carry the flag into the stadium.

"The Opening Ceremony by its very nature brings together large numbers of people from multiple nations.

"As a team we are operating as a NZ bubble and within that individual sport bubbles and therefore the exposure of team members to large groups of people from many nations is not aligned with our commitment to our COVID-19 protocols and operating procedures aimed at keeping our team as safe as possible particularly in light of the growing number of cases in Tokyo."

During the Opening Ceremony, New Zealand’s team gathered outside the residential buildings in the Paralympic Village.

Sophie Pascoe and Williams Stedman were chosen as "Hapai Kara".

Craig Spence, spokesperson for the International Paralympic Committee (IPC), said organisers respected New Zealand’s decision but insisted measures were in place at the Opening Ceremony to protect athletes from coronavirus.

"As far as I am aware, the only country that is not attending with a flagbearer is New Zealand," said Spence.

"I had a chat with Fiona Allan, their secretary general last night, and she said 'We are a small team, a lot of those athletes are in competition tomorrow and we want to be super safe'.

"The countermeasures are there.

"She said we know it is safe but it is a decision by the team and we have got to respect the decision'.

"I think there are number of nations that are bringing small delegations to the march.

"That is not just not because of the fear of COVID, it is also a long day and there is a lot of time you will spend underneath the stadium getting ready for the ceremony.

"We appreciate that the march is going to be a little shorter as there are going to be less athletes to a normal Games.

"That is a shame, but we respect [New Zealand’s] decision."

Yesterday, it was confirmed that the Afghanistan flag would be part of the Opening Ceremony as an "act of solidarity".

The move comes after qualified athletes were forced to withdraw after the Taliban gained power in the nation, forcing commercial flights to be suspended.

The United Nations High Commissioner for Refugees (UN HCR) had been invited to send a representative to carry the Afghanistan flag.

But Spence revealed the UN HCR turned down the request and instead suggested that a Tokyo 2020 volunteer should carry out the flagbearing duties.

The IPC revealed yesterday that Afghanistan are among 21 nations that will not be competing at the Tokyo 2020 Paralympics.

A total of 4,403 athletes from 162 countries have been confirmed as taking part across 22 sports.

It is a record number of athletes for a Paralympic Games, beating the previous best of 4,329 set at Rio 2016.

Hosts Japan is sending the biggest delegation with 254 athletes.