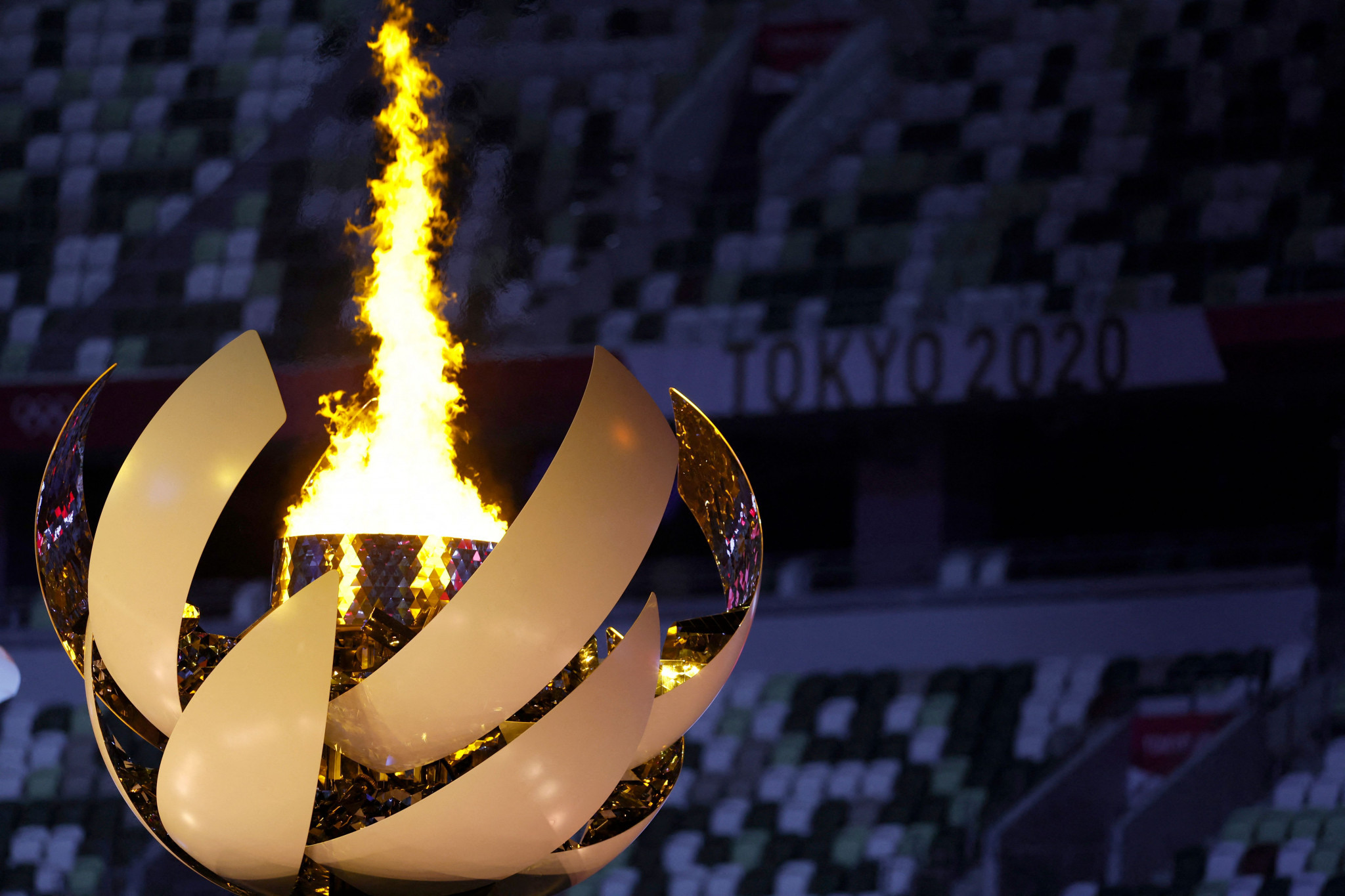 Three wheelchair-using athletes united to light the Paralympic Cauldron - a moment which Tokyo 2020 organisers hope will reignite efforts to transform society in the host nation.

Wheelchair tennis star Yui Kamiji, boccia player Shunsuke Uchida and powerlifter Karin Morisaki created a single Flame by placing their torches into the Cauldron which opened like a flower to symbolise vitality and hope.

The lighting was done in front of a near empty Olympic Stadium as Japan continues to be gripped by the coronavirus pandemic which forced the Games to be postponed by one year.

International Paralympic Committee President Andrew Parsons admitted it was a day "many thought was impossible" before thanking Tokyo 2020 organisers for putting on the Games.

The Japanese capital will be the first city to stage the Paralympics for a second time after playing host 57 years ago.

Tokyo 2020 President Seiko Hashimoto said the Games in 1964 encouraged people with impairments to become independent and participate in society, but she insisted this year’s event can be the spur for further change in Japan.

"We hope the Tokyo 2020 Games will be an opportunity to build a society where everyone is free to live as who they are in mutual support and understanding, free from discrimination or barriers of any kind," said Hashimoto.

"Athletes and sport have the power to change the world and our future - and that is precisely our mission.

"Half a century after the 1964 Games, the time has come for social change."

The theme of the Opening Ceremony was "We Have Wings" - a concept which aimed to raise awareness of the courage of Paralympians who are trying to spread their wings "no matter which way the wind blows".

The centre of the arena was transformed into the "Para Airport" as a group of flight crew members started a countdown before a spectacular firework display lit up the Stadium.

Ball, parasol, rope, hoop and pole performers then took centre stage before the three balloons came together to form the Agitos - the symbol of the Paralympics.

The runway at Para Airport appeared in the Olympic Stadium as the delegations arrived from gates four and five to start the Parade of Nations.

The Refugee Paralympic Team started the march, led out by Alia Issa and Abbas Karimi before the rest of the team came out in Japanese alphabetical order.

New Zealand opted to skip the Opening Ceremony over COVID-19 fears but the nation’s flag was still present as a Tokyo 2020 volunteer carried it into the arena.

A total of 162 teams are set to compete in the Games which runs until September 5.

There was a superb performance about the Little One-Winged Plane, showcasing the diversity of disability, the adversity people must overcome and how they can eventually thrive.

Tomoyasu Hotai, one of Japan's renowned musicians, then rocked the Olympic Stadium with a dazzling display along with disabled band members.

The show was broken up with the speeches of Hashimoto and Parsons.

The Flame was then passed to Taro Nakamura, medical doctor, nurse Tamami Tamura and prosthetist and orthotist Famio Usui before Kamiji, Uchida and Morisaki lit the Cauldron.