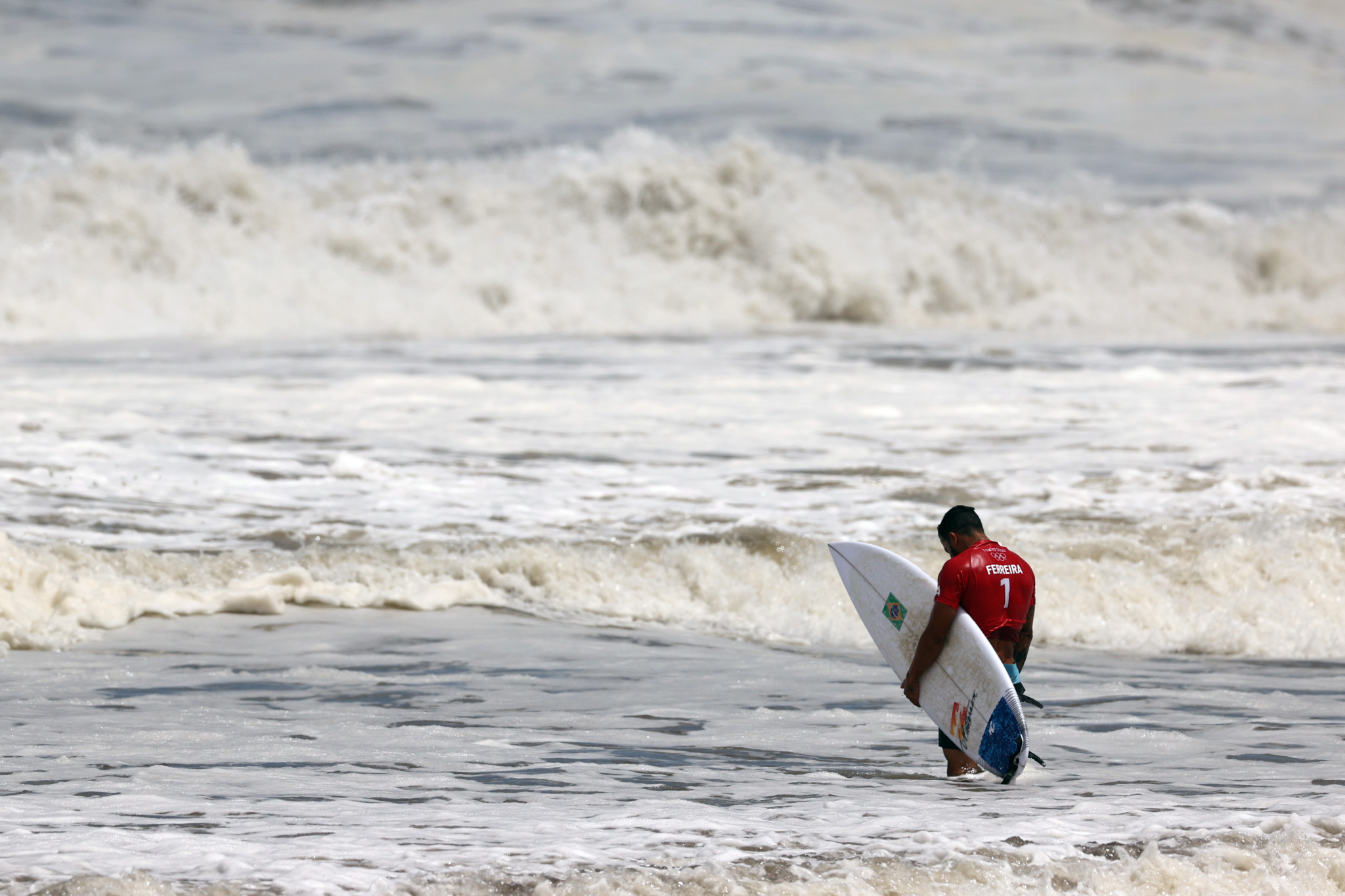 Frederico Morais of Portugal, Europe's highest ranked surfer, also fell short as he recorded the worst score of the round with 12.60 to lose to Australian Jack Robinson, who accumulated 14.06 points.

There was yet another upset as the WSL's highest ranked athlete, Brazilian Gabriel Medina, was outclassed by his compatriot Deivid Silva.

In the final contest of the men's competition, Italian Leonardo Fioravanti bookended his time in the water with two comprehensive routines to beat American Conner Coffin by 15.73 to 14.24.

Silva is set to face Fioravanti in the semi-finals, while Robinson and Herdy go head-to-head.

In the women's event, Olympic champion Carissa Moore showed why she is the world number one after pulling off a near perfect 9.80 wave right out of the gate.

The Olympic gold medallist set a 7.67 on her fifth attempt to give her 17.47 points overall and beat Australian Isabella Nichols' 10.50.

WSL's number two ranked surfer Tatiana Weston-Webb of Brazil performed below expectations in Mexico as she could not get hold of a good wave, scoring 7.33.

Her opponent Stephanie Gilmore of Australia pulled off an impressive 15.50 to take the victory.

In the final heat Sally Fitzgibbons of Australia strolled to victory over American Courtney Conlogue by 15.17 points to 11.77.

Fitzgibbons will challenge Manuel in the semi-finals, while Moore and Gilmore will also fight for a place in the final.