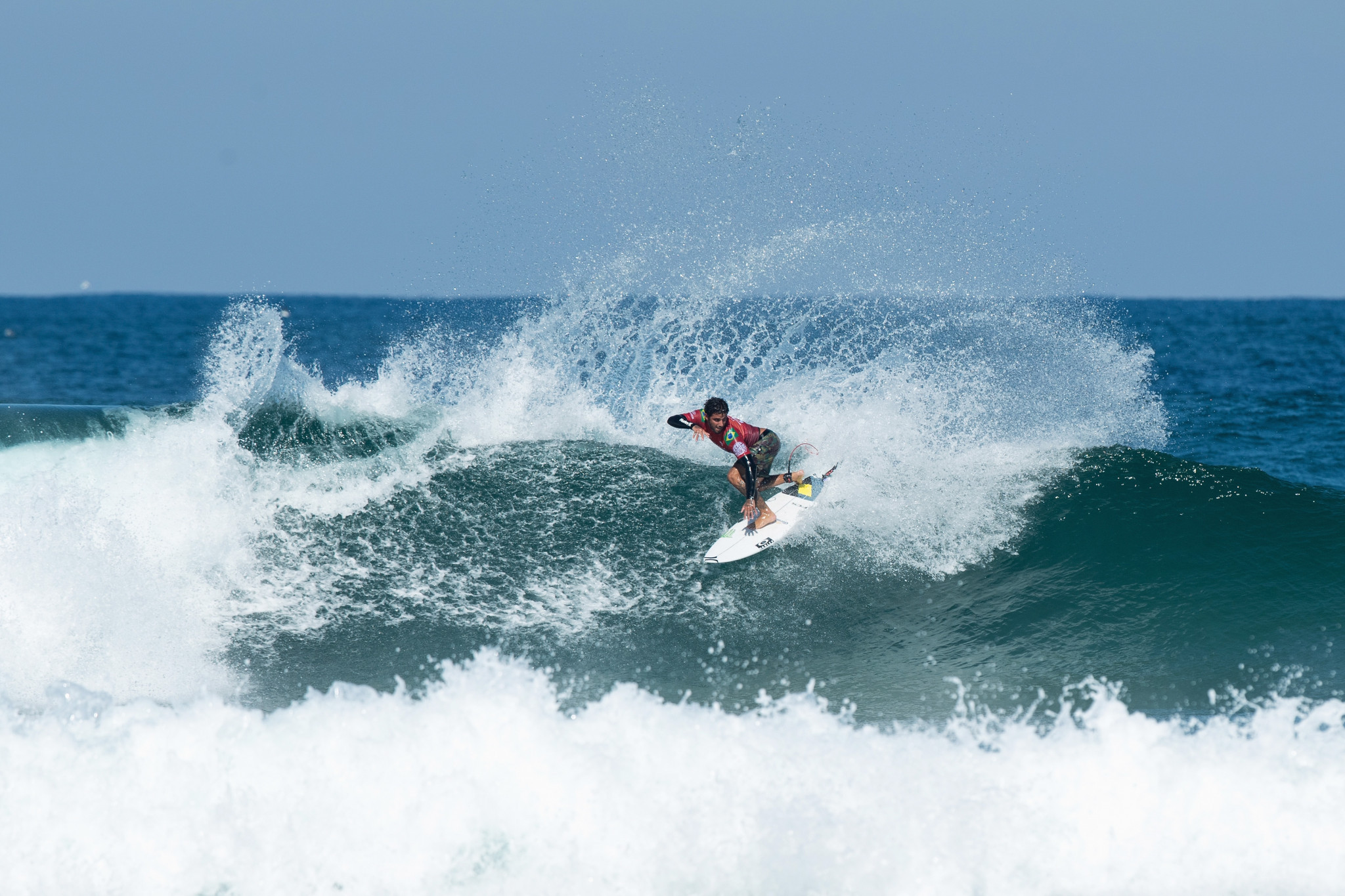 Brazil’s Filipe Toledo, who sits third in the World Surf League Championship Tour’s (WSL CT) season standings, was knocked out at the round of 32 stage, in a big upset on the second day of the Corona Open Mexico.

Men’s round of 32 action dominated the programme on day two at the Barra de la Cruz in Oaxaca, with the big story coming in heat nine of 16 as Toledo was beaten by Indonesia’s Rio Waida.

Waida, 21, who was eliminated in the third round of the men’s shortboard competition at Tokyo 2020, scored 11.33 to advance to the round of 16 at Toledo’s expense after the Brazilian could only manage 10.23.

Elsewhere, in the men’s round of 32 the leader of the World Surf League Championship Tour standings Gabriel Medina of Brazil scored 14.50 as he won his heat against Michel Bourez of France.

Heat three saw something of an upset as Igarashi, who earlier in the day battled through the elimination heats, defeated by Kolohe Andino of the United States, who sits 38th in the season standings.

Morgan Cibilic of Australia, who sits fourth in the season’s standings won his heat with a score of 15.04, as he defeated Lucca Mesinas of Peru.

In heat 13, Brazil’s Italo Ferreira, second in the season’s standings, won with a score of 14.00, in a close contest with Wade Carmichael of Australia, who scored 13.30.

Heat 16 also saw a surprise, as Griffin Colapinto of the United States, fifth in the season's rankings, was beaten by Brazil's Mateus Herdy, who scored 14.50 to reach the round of 16.

The day’s action in the men’s competition started with four elimination round heats, with the surfer finishing bottom of each heat exiting the competition.

In the first of these heats Diego Cadena of Mexico finished bottom with 10.37, with Kanoa Igarashi, who sits sixth in the season’s rankings advancing with a score of 13.66, and Peterson Crisanto of Brazil progressing to the round of 32 with a score of 14.33.

Another Mexican surfer was eliminated in heat two, as Jhony Corzo finished bottom with 7.93.

The two Brazilians involved in the heat Yago Dora and Deivid Silva both progressed after scoring 9.33 and 10.44 respectively.

Heat three was an all Brazilian affair, with Alex Ribeiro eliminated with 7.57, while his compatriots Adriano de Souza and Jadson Andre both advanced with scores of 9.07 and 10.84 respectively.

In the final elimination heat Connor O’Leary of Australia was the man who went out after scoring 8.67.

Matthew McGillivray of South Africa progressed with a score of 11.87, while Seth Moniz of Hawaii won the heat with 15.37.

The second day of women’s action saw two elimination round heats, and in heat one Regina Pioli of Mexico finished bottom with a score of 8.07, with the two Australians Isabella Nichols and Macy Callaghan, who scored 13.20 and 11.86 respectively, advancing to the round of 16.

Sage Erickson of the United States won the heat with 13.67, and advanced to the round of 16 along with Australia’s Keely Andrew, who scored 11.50.

Men's and women's round of 16 action is scheduled to take place on day three.