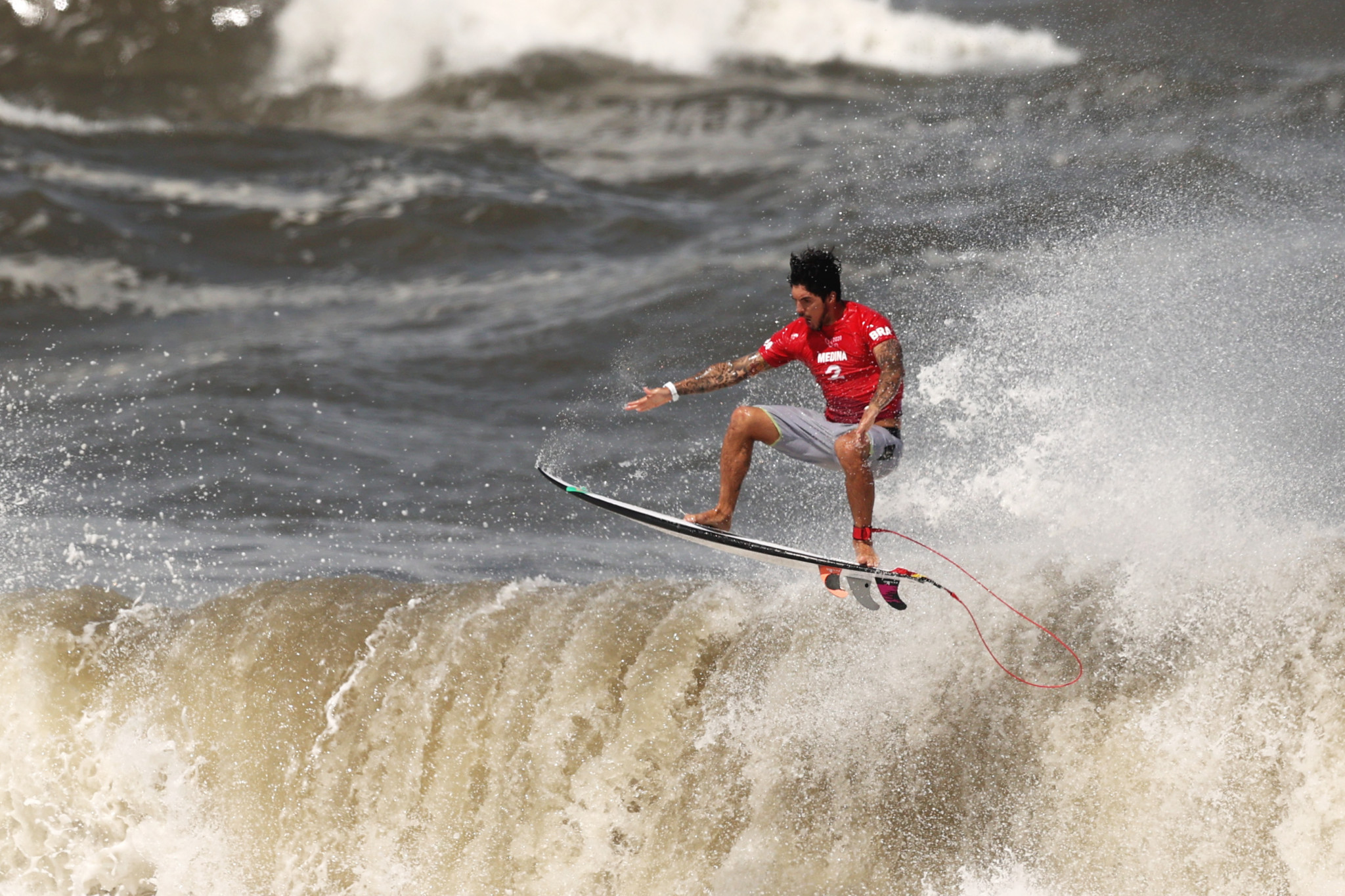 The seeding round took place in both the men's and women's competitions and determined whether surfers advanced straight to the round of 32 or had to go through the elimination heats.

Kolohe Andino of the United States won the first men’s heat with a score of 13.60, with Japan’s Kanoa Igarashi, who sits sixth in the season standings heading into this event, finishing last in the heat and having to go through the elimination round.

The second heat was won by Griffin Colapinto of the United States, who sits fifth in the season’s rankings with a score of 13.00.

The favourite also triumphed in heat three with Morgan Cibilic of Australia, fourth in the season’s rankings, winning the heat with a score of 10.00.

Filipe Toledo of Brazil, third in the season standings, won heat four with a score of 13.46.

An all Brazilian fifth heat was won by Mateus Herdy with 14.13, while compatriot Italo Ferreira, second in the season standings, finished second in the heat with 13.93 to also progress to the round of 32.

Top seed in this season's standings Gabriel Medina of Brazil, who has a lead of more than 13,000 points, also progressed to the round of 32 by finishing second in his heat with a score of 10.13, behind Jack Robinson of Australia who won the heat with 13.83.

A closely fought seventh heat was won by Adrian Buchan of Australia with 11.83, just ahead of Conner Coffin of United States, second in the heat on 11.77.

Heat eight was won by Mikey Wright of Australia with 12.73, with Brazil’s Yago Dora, who sits ninth in the season’s standings, having to go through the elimination rounds after finishing last in the heat.

A Brazilian surfer was also victorious in heat nine as Caio Ibelli triumphed with 13.77, before Leonardo Fioravanti of Italy claimed heat ten with a score of 15.17.

Heat 11 was won by Ethan Ewing of Australia with a score of 15.16, while there was more Brazilian success in the final men’s heat, won by Miguel Pupo of Brazil with 11.43.

In the women's seeding round, the surfers at the top of the women's Championship Tour standings progressed to the round of 32.

Australia's Sally Fitzgibbons, third in the standings, won heat one with a score of 14.27.

France's Johanne Defay, second in the standings, progressed from heat two with a score of 11.00, with Malia Manuel of Hawaii winning the heat with 14.93.

Carissa Moore of Hawaii, who has a lead of more than 9,000 points in the season standings took heat three with a score of 14.96.

Brazil's Tatiana Weston-Webb, fourth in the season rankings, progressed from heat four after scoring 11.24, with victory in the heat going to Courtney Conlogue of the United States with 14.24.

Stephanie Gilmore of Australia, fifth in the season standings, was a victor in the fifth heat with a score of 13.07.

Caroline Marks of the United States, sixth in the season's rankings, comfortably triumphed in the sixth and final heat scoring 15.03.