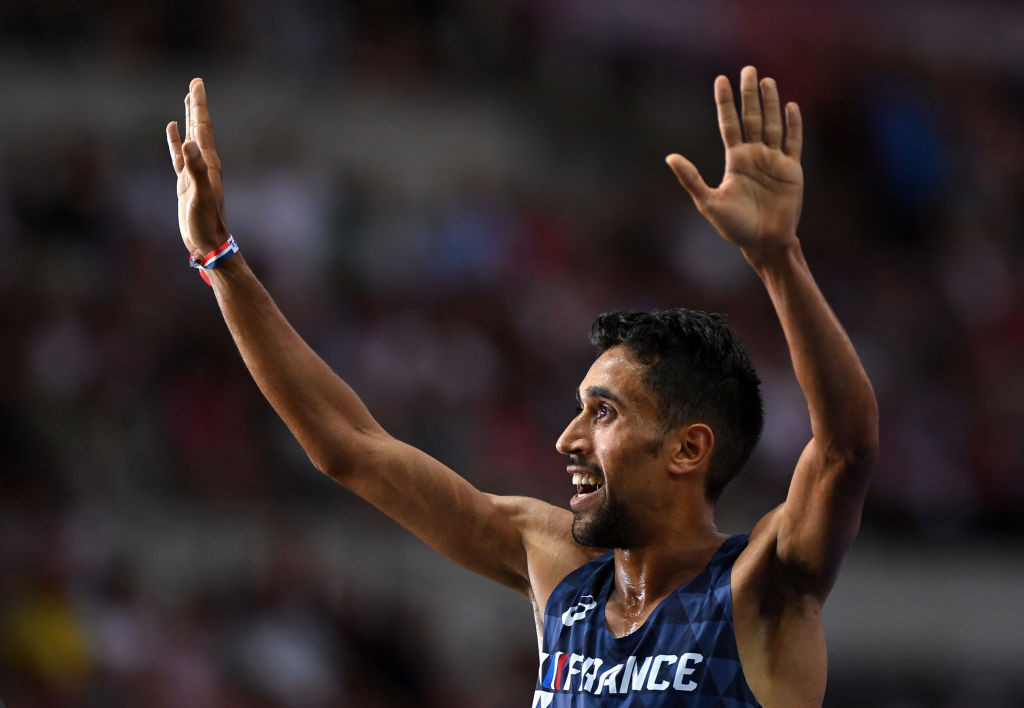 French marathon runner Morhad Amdouni provoked widespread anger today for deliberately knocking over an entire row of water bottles at one of the hydration stations on the Olympic marathon course in Sapporo before grabbing the last one for himself.

The incident, caught on camera as the field approached the 28 kilometres mark on the 42.195km course, has been widely circulated across social media.

With temperatures approaching 30 degrees and humidity levels at over 80 per cent, over a quarter of the men's marathon field were forced to retire from the race.

As such, the hydration levels of each athlete were crucial to their chances of performing at their peak.

Thoughts on Amdouni knocking over an entire row of water before taking the last one? pic.twitter.com/qrPaSzxLBW

Officials were seen rushing to hold on to the toppling bottles and the 33-year-old from Porto-Vecchio, who eventually finished 17th in 2 hours 14min 33sec in a race where Eliud Kipchoge of Kenya retained his title, continued running without looking backwards.

Amdouni, winner of the 10,000 metres gold and 5,000m bronze at the 2018 European Championships in Berlin, finished 10th in the men’s 10,000 metres here on the opening day of the athletics programme.

The incident was strongly condemned by Olympic watchers who not only slammed the French runner for his disregard for "fair play" but also called it "the lowest thing" that they had ever seen in Olympics.