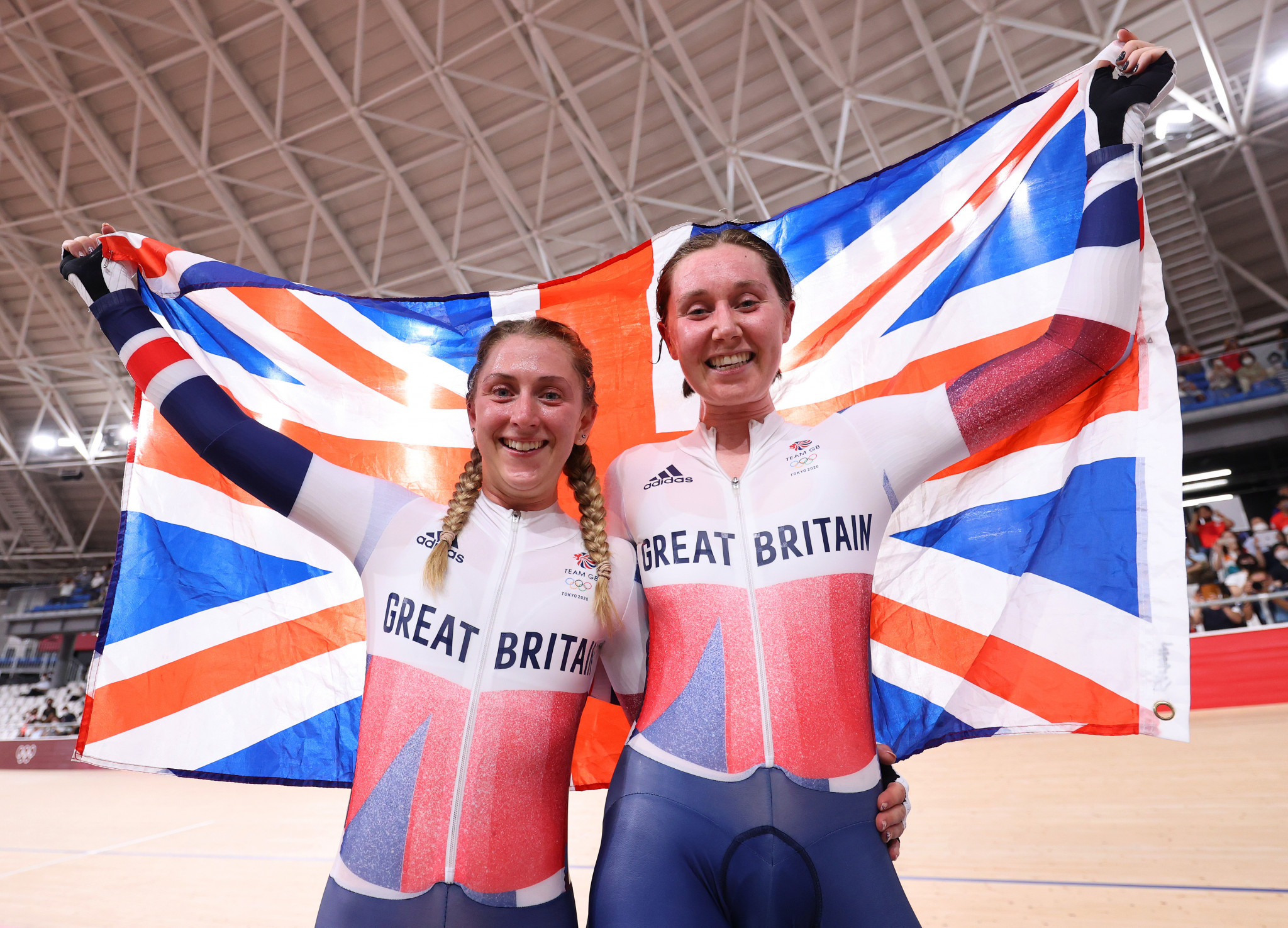 Katie Archibald and Laura Kenny produced a madison masterclass as the British pairing claimed the inaugural women’s Olympic gold medal in the discipline at the Izu Velodrome.

The velodrome itself was viewed as a contributor to the madison’s return to the programme after last featuring at Beijing 2008, when it was only a men’s event.

The madison’s return was largely viewed as being part of a trade-off between the International Olympic Committee and the International Cycling Union, under its former President Brian Cookson, in return for accepting moving track cycling competitions 150 kilometres from Tokyo to Izu.

Archibald and Kenny proved the beneficiaries of the decision as the pair combined in stunning fashion.

The duo triumphed in the first three sprints of the race to build an advantage over their competition, with the Netherlands’ Amy Pieters and Kirsten Wild appearing their biggest threat after finishing as runners-up in the opening sprint laps.

The gap continued to stretch as Archibald and Kenny won sprints with regularity, with the pairing eventually accruing 58 points by triumphing in 10 of the 12 sprint laps.

A lap gain on the field provided another 20 points to their tally, which saw the duo earn gold on a winning total of 78.

Kenny became the first British woman to win a gold medal at three consecutive Games, after winning both the omnium and team pursuit at London 2012 and Rio 2016.

“We've been playing around with what we think our game plan will be for this race for a while,” Archibald said.

“Anytime we kind of varied from our skill set, it went wrong.

“We know that we didn't want to be the ones to go all out in a sprint, although I know it might seem that way.

“When you go that way in the back end of the race you can just take advantage of other people’s legs starting to come off.

“If you stick with that confidence and trust the plan you have finessed over months and months it tends to work - and it has proved to work.”

Pieters and Wild missed out on the podium in fourth place, after Denmark and the Russian Olympic Committee teams gained a lap.

Amalie Dideriksen and Julie Leth won silver for Denmark on 35 points, while the ROC’s Gulnaz Khatuntseva and Mariia Novolodskaia took bronze on 26.

There was Dutch domination in the men’s sprint as Harrie Lavreysen and Jeffrey Hoogland went from winners of team sprint gold to rivals in the individual final.

Hoogland took the opening ride of the contest and appeared on the brink of victory, only for a late surge from Lavreysen to win the second and force a deciding contest.

Two-time reigning world champion Lavreysen launched his effort earlier in the third and final contest, as he overcame the challenge of his compatriot to clinch his second gold of the Games.

Lavreysen and Hoogland had earlier dispatched of Britain’s Jack Carlin and the ROC’s Denis Dmitriev in straight rides in the semi-finals, as yesterday’s competition resumed.

Carlin would secure the final spot on the podium at his first Olympics, beating Dmitriev in both races in the battle for bronze.

The women’s sprint competition began with Germany’s Lea Friedrich setting the fastest time in qualification, before negotiating her opening two contests of the event.

Canada’s Kelsey Mitchell and Germany’s Emma Hinze were among those to progress from their first two knock-out races.