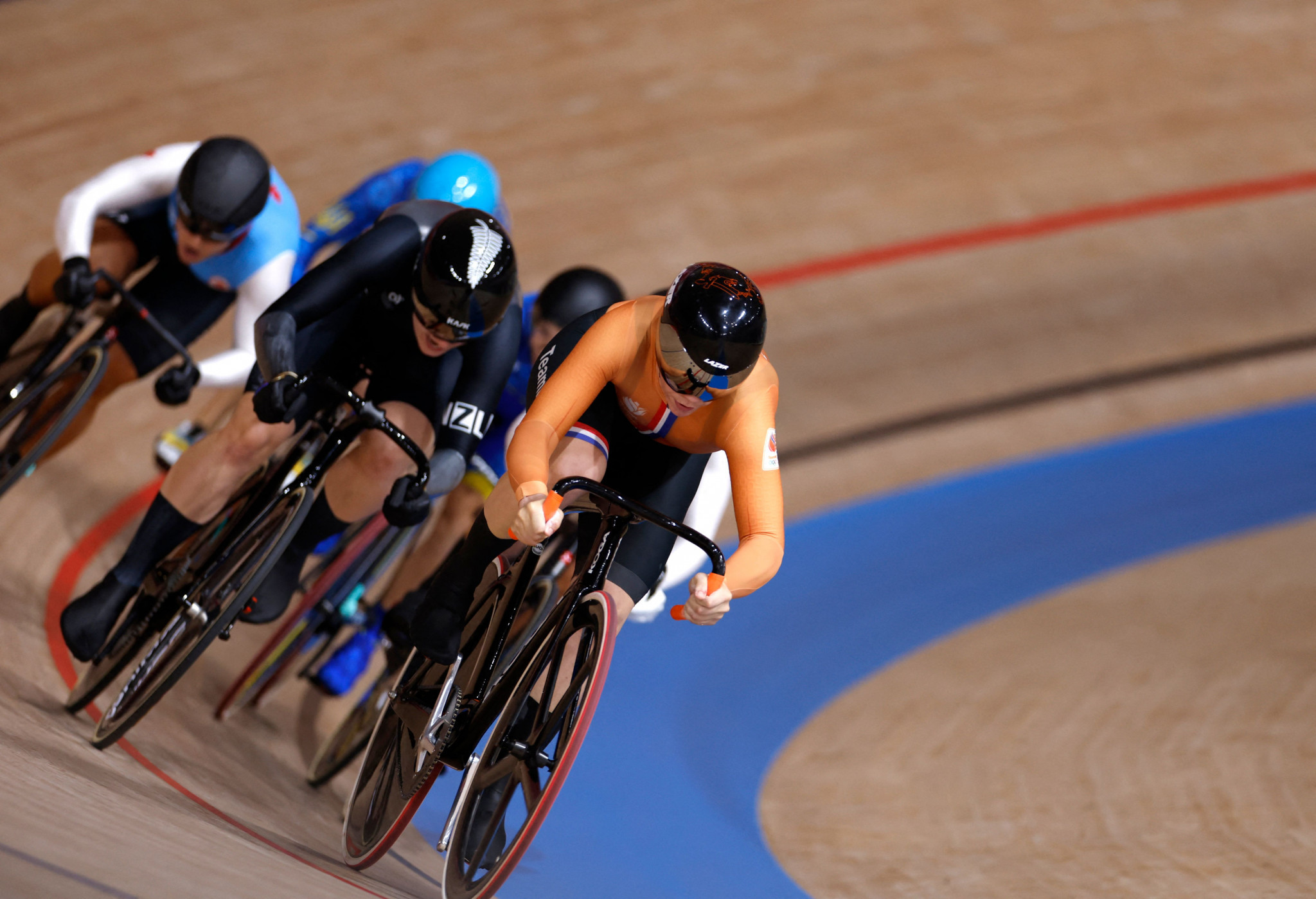 Shanne Braspennincx completed a remarkable comeback story by sprinting to gold in the women's keirin at Tokyo 2020, six years after suffering a heart attack.

Braspennincx had a heart attack in 2015 and was unable to train for more than six months, but returned as a reserve rider for the Rio 2016 Olympic Games after being given the all-clear by a cardiologist.

The Dutch rider underwent a procedure to widen an artery during her rehabilitation, including having a stent inserted.

Braspennincx returned to the top level of the sport, including winning European Games silver in 2019.

The 30-year-old had come through the repechage after the first round, before winning both her quarter- and semi-final races to reach the keirin gold-medal ride at the Izu Velodrome.

The final saw Braspennincx hit the front early and power clear of her five rivals, with the outcome clear as she turned into the home straight to seal gold.

The podium was completed by Canada’s Lauriane Genest, who finished 0.148 off the pace.

"I had a long way to come back, and to celebrate it like this is worth it," said Braspennincx.

"There is an amazing medical staff still behind me.

"They tested me through, through and through in order to get the green light.

"My journey started again, really, really slow, and with a lot of stuff back.

Britain’s first gold medal of the track cycling programme was delivered by Matt Walls, following a dominant performance in the men’s omnium.

Walls, who contracted COVID-19 in March, opened the four-event competition by winning the scratch race before finishing third in the tempo.

The Briton settled for a second-place finish to defending omnium champion Elia Viviani of Italy in the elimination race, which saw him enter the points race with a narrow advantage over Dutchman Jan-Willem van Schip.

Walls' advantage was strengthened considerably in the early stages of the 100-lap event, as he claimed five points for winning the second sprint while gaining 20 for earning a lap on his rivals in the field.

The 23-year-old continued to add points to his tally in the remaining eight sprints to stay clear, with gold sealed on a total of 153.

Viviani surged up to second in the standings after gaining 22 sprint points and a lap, with a silver medal looking his likely reward.

But New Zealand’s Campbell Stewart snatched the silver away by earning his second lap gain of the race in the closing stages, which saw him finish as the runner-up on 129.

Viviani, who won the competition at Rio 2016 under the former five-event format, was left settling for bronze on 124.

The Italian, who had heart surgery after a cardiac arrhythmia in January, said he was proud to secure the medal.

France's Benjamin Thomas narrowly missed out on the podium on 118 points.

Jack Carlin could ensure the Olympic crown remains with a British rider after powering through to the last four, while Denis Dmitriev of the Russian Olympic Committee (ROC) eventually overcame Trinidad and Tobago’s Nicholas Paul via a decision from the commissaires.