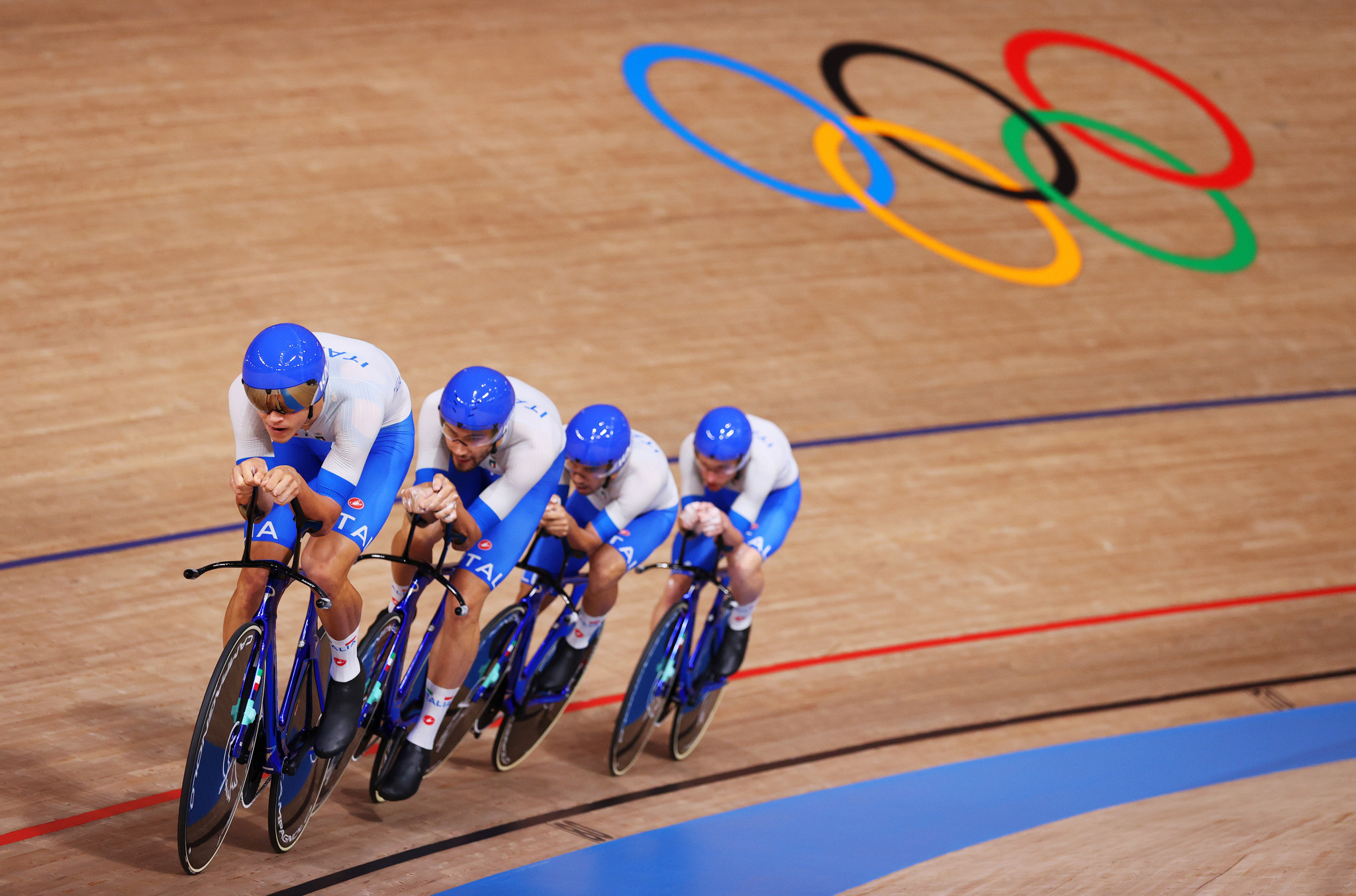 The Italian team of Simone Consonni, Filippo Ganna, Francesco Lamon and Jonathan Milan had qualified impressively yesterday at the Izu Velodrome by posting a world record of 3min 42.307sec.

Denmark were at the centre of a row over using tape on their legs in qualification to boost aerodynamics, before crashing into Britain when on the brink of completing a catch leading to their place in the final being unclear for hours.

The gold medal race proved a more conventional affair as both teams powered around the track.

It set up a grandstand finish, with Ganna proving key to helping Italy clinch a dramatic victory in a world record of 3:42.032.

The Danish team were left settling for a silver medal ending just 0.171 behind.

"This is a big, big gift for all the group because it’s been five years that we started working for this, so we are so happy.

"We have a beautiful, beautiful team like a family, so, for me and for us, it's an honour to be part of this group."

The quartet had trailed New Zealand at halfway, but were the beneficiaries when their rivals suffered a crash which allowed them to complete a catch.

The men’s individual sprint competition began with qualification and the opening two rounds of action.

Dutch pair Jeffrey Hoogland and Harrie Lavreysen qualified as the quickest riders and successfully negotiated their opening tests of the competition.

The Netherlands’ Laurine van Riessen, China’s Zhong Tianshi, Germany’s Lea Friedrich and ROC’s Daria Shmeleva were among the riders to successfully negotiate the first round of the women’s keirin.

Reigning world champion Emma Hinze of Germany and Hong Kong’s Lee Wai Sze, the World Championship bronze medallist, were among the riders to advance through the repechage.