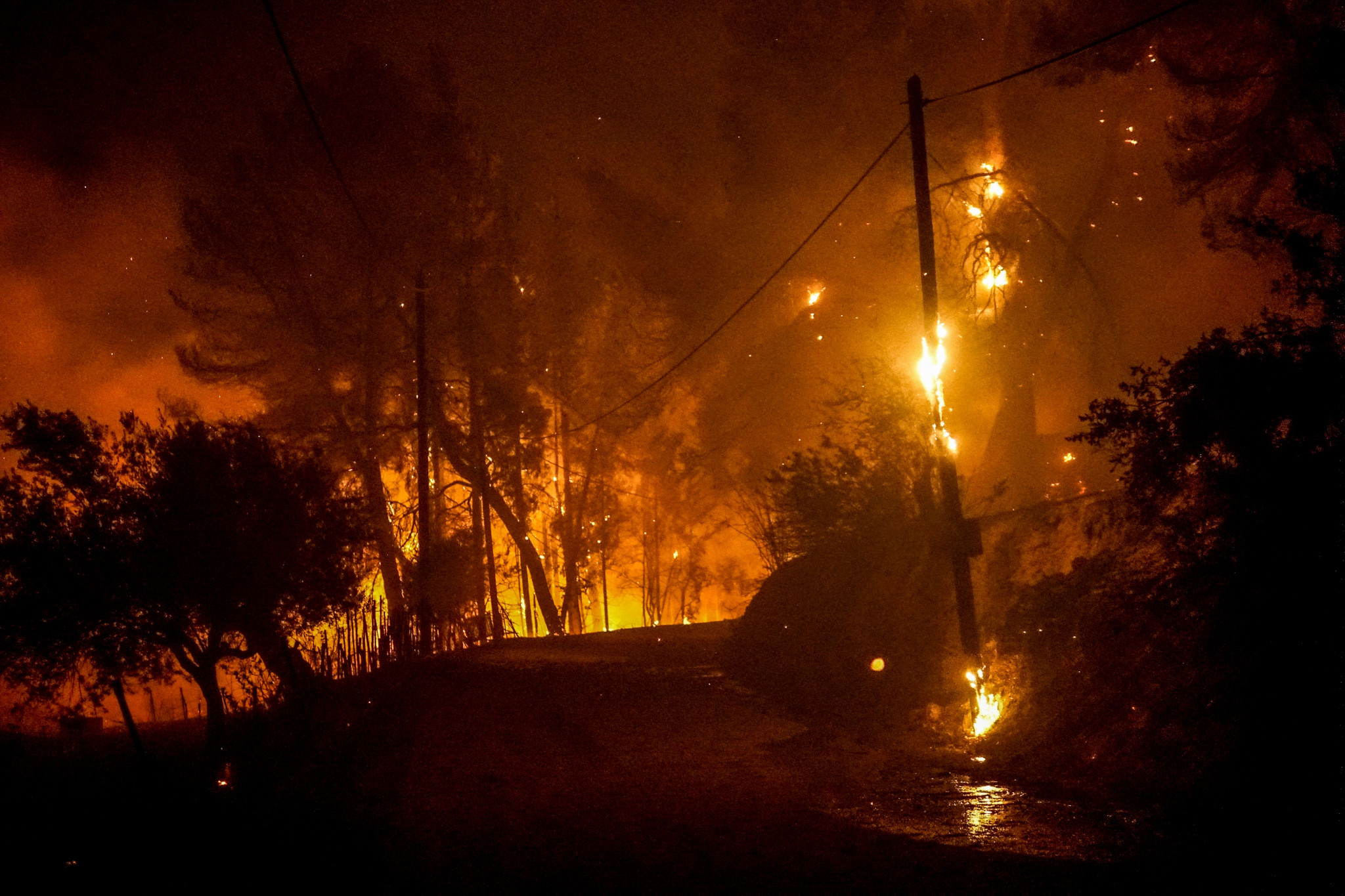 Wildfires close to the site of the ancient Olympic Games in Olympia have forced the evacuation of villagers.

According to Agence France Press, 170 firefighters were working to bring the fires under control and six helicopters and special planes were used to water bomb the fires with sea water.

A record breaking heatwave has seen temperatures in parts of Greece soar to 47 Degrees Celsius in the last few days.

Fires began in the region yesterday and devastated Platanos village, less than 11 kilometres from Olympia.

The rural region is heavily wooded and many local villages have been evacuated.

In Olympia, there is concern over the ancient site and the Museum of the ancient Olympic Games.

"We are very much worried but hopefully we will manage to save the site and the museum."

Flames can also be seen from the International Olympic Academy (IOA), an educational complex in Olympia which is reopening this year after extensive renovations. These have included sprinkler systems and other emergency equipment to guard against the danger of wildfires.

In a post on social media, the IOA’s Development Projects Consultant Dionyssis Gangas described "shocking scenes at our second home" and reported that IOA staff had been working with hoses on the site which is adjacent to the archaeological site and ancient Olympic Stadium.

IOA President Isidoros Kouvelos has been reporting the situation to the authorities in Athens.

Greece's Culture Minister Lina Mendoni has visited to assess the risk to the archaeological site.

Olympia Mayor Giorgos Georgopoulos made a television appeal in which he said: "We need more aerial support."

There are also reports of tremors in the nearby town of Pyrgos.

In 2007, a series of wildfires devastated much of the local region destroying trees and vegetation and an initiative was launched to replant trees in the area.