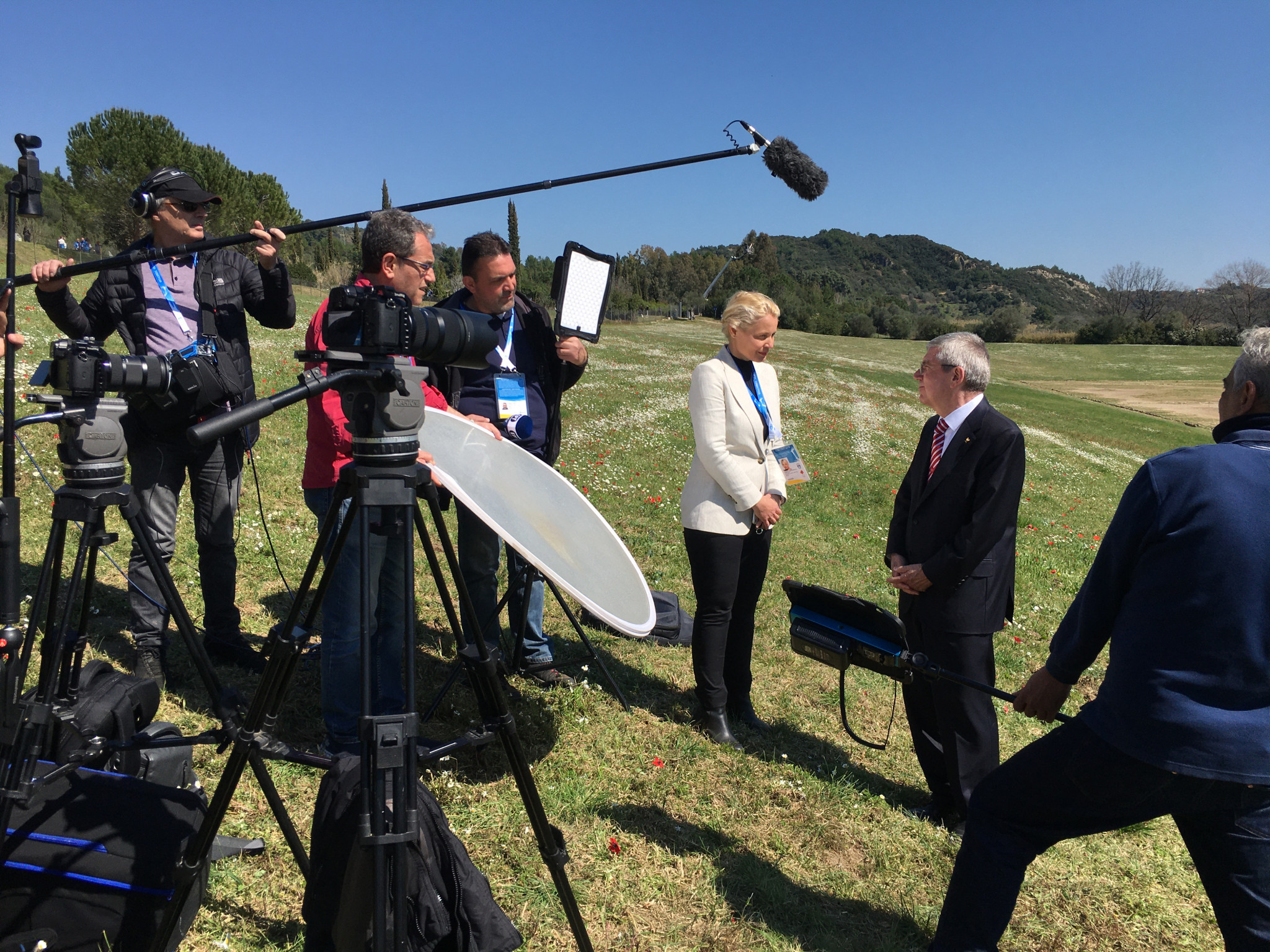 Agones Olympic Myth and Revival is a new television documentary on the first modern Olympic Games which is to be premiered this Sunday on Greek National Television.

The narrative moves across Europe revealing the founders of the modern Olympics and the difference between the revival and internationalisation of the Games.

"It expresses the competition and the passion for excellence in ancient Greece.

"It is a word that has been preserved for thousands of years, giving a sacred meaning to what the Olympics were in antiquity."

Anastasopoulou, who is about to host ERT’s coverage of Tokyo 2020, had to race against time to complete the film.

"The biggest difficulty was definitely the pandemic," she admitted.

Anastasopoulou said she emphasised the choice of locations, enriching the documentary with "rare photographs, newspaper articles and original scores of 19th century music."

She added: "How can you film history?

"How can you illustrate a story with such intellectual and philosophical content?

"The production design was the critical factor for the result.

"I tried to connect the locations and the words with powerful symbols and an essence of the Olympic values that only the Olympic flame can give.

"The light is present everywhere.

"You can see it and you can feel it."

Anastasopoulou worked with director of photography Yiannis Lazaridis to film the sequences and recorded an exclusive interview with International Olympic Committee President Thomas Bach in the historic stadium in Ancient Olympia.

Bach quipped: "This is the greatest studio in the world.W

Filming took place at the Panathenaic Stadium in Athens and the crew visited the Louvre Museum and Sorbonne University in Paris where the decision to revive the Olympics was taken in 1894.

No moving footage exists from 1896 so the production team had to find other ways of relating the story.

"It is a story that moves on landmarks in Olympic history highlighting unknown aspects," Anastasopoulou explained.

"It is not a classic sports documentary because the approach is made through art, history and culture."

Anastasopoulou said the 1896 Olympic Games were “a historical event that offered Greece glory, connecting the country directly with modern Europe and the rest of the world.”

Amongst others to appear in the film include Hellenic Olympic Committee President Spyros Capralos, academics such as Dr Ingomar Weiler, specialist on ancient sport history, Paris Academy rector Gilles Pecout, oscar-winning director Costa-Gavras, and a descendant of photographer Ioannis Lampakis who captured some memorable still images at the Games.

The 1896 Olympic Games were also notable for musical performances and the ERT contemporary music orchestra conducted by George Aravidis has re-recorded the 1896 music.

"COVID-19 made his work really challenging but the exceptional music of Dimitris is one of my favourite parts of the film," Anastasopoulou said.

"I feel so lucky and honoured that he offered his music for the project.

"I'm very grateful for the work of the ERT production team.

"They are my new family and I hope that we will be able to produce many more projects for our ERTFLIX streaming service in the future."

The documentary runs for 1 hour 50min and will be shown on Greek television on July 18 at 10pm EEST.