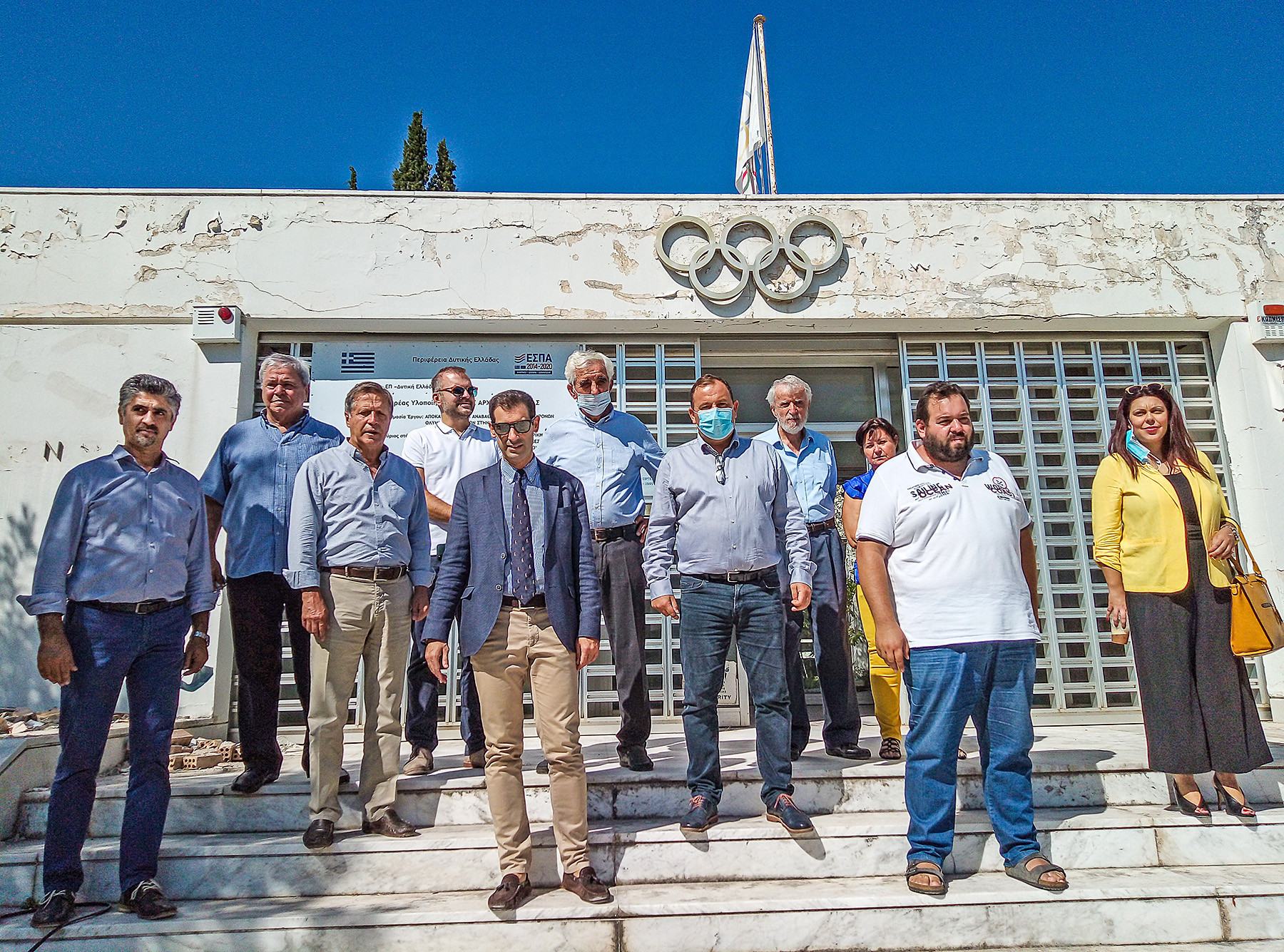 The Museum of the Modern Olympics in Ancient Olympia is set to re-open this autumn, 60 years after it first opened its doors.

Originally found in the local school house, the collection was later displayed in a building close to the main street of the village.

The doors had been closed since 2010, but an agreement was signed with the Hellenic Olympic Committee in 2018 for the "restoration and upgrading of the museum" to highlight Olympia's role in the Olympic Movement.

The new installations include state-of the-art audio-visual displays and work is nearing completion despite the restrictions imposed by the COVID-19 pandemic.

Olympia’s Mayor Georgios Georgiopoulos told insidethegames: "We have advanced with renovation projects, obeying the requirements of the times, which want us to add new experiences to what the visitor of the new era is looking for.

"The museum's valuable exhibits will be re-exhibited in a modern way, combined with multimedia information and audiovisual material.

"It is one of the best museums of its kind and its projection gives an interesting dimension to the history of the world Olympic Movement."

The museum originally comprised the stamp and memorabilia collection of George Papastefanou.

He later donated this to the HOC and subsequently became the museum’s director.

Papastefanou expanded the collection with artefacts relating to the modern Games including Olympic Torches and even the machine used to transmit the Flame by electronic pulse from Athens to Canada for the 1976 Games.

The museum inventory for the re-opening has been compiled by a panel of experts appointed by the municipality.

They have supervised conservation work on the collection.

It is expected to include medals from the Athens 1896 Olympic Games along with certificates, tickets and other original artefacts and documents from these and the 1906 Olympic Games staged in Athens.

More unusual exhibits include the casket which was used to transport the heart of Pierre de Coubertin to Olympia in 1938 before it was interred in a memorial stele close to the ancient site.

The display will also reflect the story of the Zappas Olympic Games staged in Athens from 1859 to 1889.

The original stamp collection donated by Papastefanou will also be on show.

Extensive work on the roof and other external areas of the building is now complete and the municipality insists "progress is at a very good level".

Charalampos Spiliopoulos, Olympia’s vice-mayor for sport, culture, tourism, Olympic and international issues told insidethegames that the restoration and reopening of the museum "would offer the opportunity to introduce its visitors to the values of Olympism, the values that Olympia represents".

"The citizens of Ancient Olympia share a special relationship with the Olympic ideal and sharing a common vision with the Hellenic Olympic Committee, have accomplished the start of the project of restoration and reopening of the Museum."

This coincides with the reopening of the International Olympic Academy, which has also undergone extensive renovations and celebrates its own 60th anniversary this summer.

"The operation of the museum will significantly contribute to the strengthening of the educational role of the International Olympic Academy, which has been operating in Olympia since 1961, thus strengthening the effort to spread the Olympic values and Olympic education internationally," added Spiliopoulos.