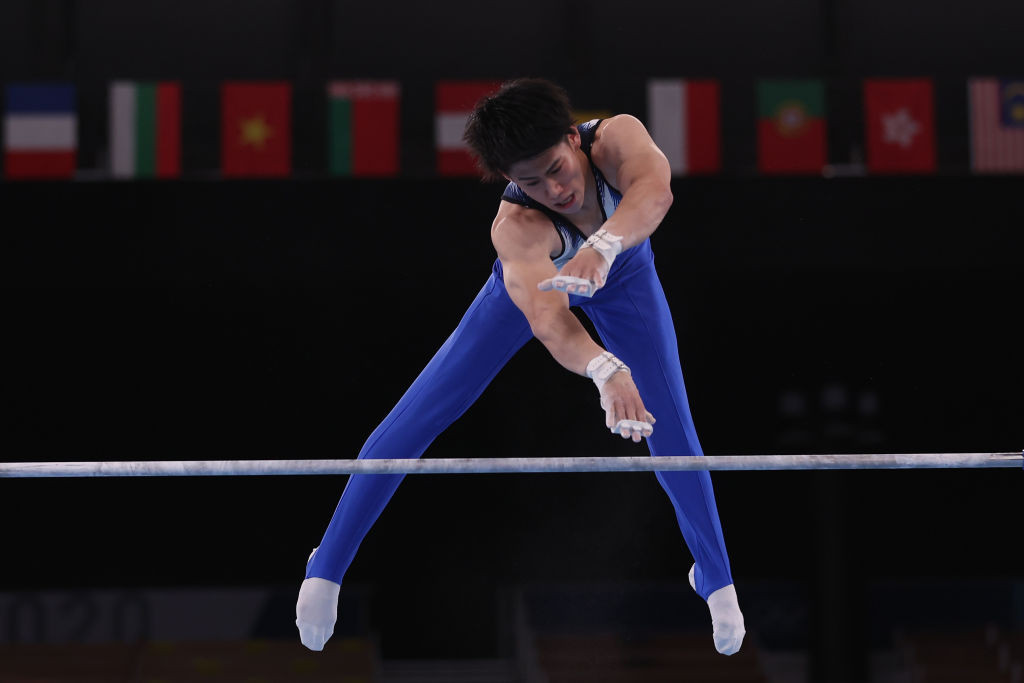 Daiki Hashimoto cemented his status as the star of Japanese gymnastics by adding the horizontal bar title to his all-around crown as China secured another two gymnastic gold medals at the Tokyo 2020 Olympic Games here tonight.

In the balance beam, Guan Chenchen led a Chinese one-two, with Simone Biles taking bronze, while Zou Jingyuan produced a masterclass to top the podium in the parallel bars final.

Hashimoto arrived as the favourite for gold after qualifying top, and the 19-year-old lived up to his billing with a daring and exuberant routine that yielded a score of 15.066.

That total saw him leapfrog former world champion Tin Srbic of Croatia, whose performance was rewarded with 14.900 points.

Nikita Nagornyy of the ROC, part of the squad which won the team title last week, earned bronze on 14.533.

The Japanese gymnast was the last to go in a final where over half of the eight qualifiers fell off the apparatus and failed to complete a clean routine.

His victory saw him secure a gold medal on the same apparatus where he sealed the individual all-around crown, succeeding compatriot Kōhei Uchimura as the Olympic champion.

Hashimoto is also the first Japanese gymnast to win the horizontal bar title at the Games since Shinji Morisue at Los Angeles 1984.

"The horizontal bars is an apparatus event that is very demanding in terms of technique as well as the psychology," Hashimoto said.

"Unless you are in the top class, top tier of gymnasts, it is very difficult to achieve.

"Two or three years ago, this was not my forte, but now I have been able to bring the horizontal bars into what it is today for me, and I have been very honoured to produce the result that has been produced."

Two-times world champion and top qualifier Zou was similarly dominant in the parallel bars final as he was the only athlete to score above 16.

Zou's routine was given 16.233 by the judges, which saw him finish more than 0.500 clear of nearest rival Lukas Dauser of Germany.

Dauser, a two-times European medallist, punched the air in delight after sticking his dismount following an error-free routine.

The German scored 15.700, with bronze going to Turkey's Ferhat Arican.

Guan, the last gymnast to perform, did not need to go for the difficulty of her qualification round as she focused on ensuring she leapfrogged Tang's total.

She achieved it with ease to earn the biggest win of her fledgling career.

Biles, making her first appearance at Tokyo 2020 since withdrawing earlier in the Olympics, scored 14.000, which proved enough for bronze.

Today's finals brought the artistic gymnastics programme at Tokyo 2020 to a close.