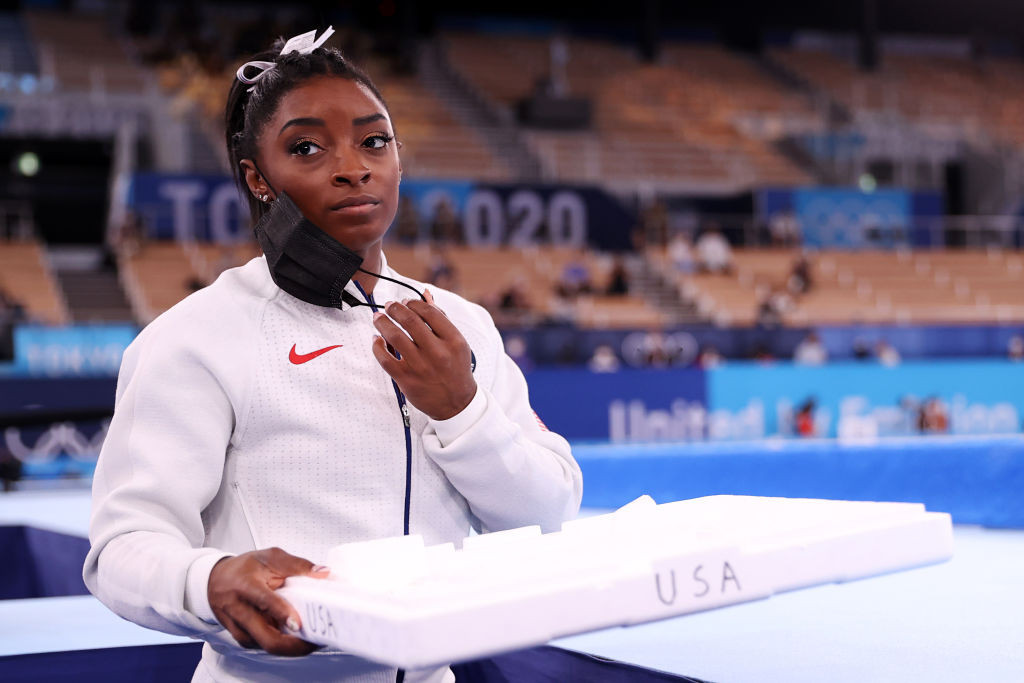 Four-time Olympic champion Simone Biles has withdrawn from the women’s individual all-around final at Tokyo 2020 to focus on her mental health, USA Gymnastics has announced.

Biles, who had been due to defend her title tomorrow, pulled out of the team final here yesterday, citing mental health concerns.

The 24-year-old said last night that she would compete in the individual event but USA Gymnastics has confirmed she has decided to withdraw "after further medical evaluation."

Biles, widely considered the greatest of all-time, was aiming to become the first gymnast to retain an Olympic all-around crown since Vera Caslavska achieved the feat in 1964 and 1968.

It is not yet clear whether Biles will participate in the four apparatus finals she has qualified for - vault, balance beam, uneven bars or floor - next week.

Biles, a 19-time world champion, has been replaced by Jade Carey for tomorrow’s final.

"After further medical evaluation, Simone Biles has withdrawn from the final individual all-around competition at the Tokyo 2020 Olympic Games, in order to focus on her mental health," USA Gymnastics said in a statement.

"Simone will continue to be evaluated daily to determine whether or not to participate in next week’s individual event finals.

"We wholeheartedly support Simone’s decision and applaud her bravery in prioritising her well-being.

"Her courage shows, yet again, why she is a role model for so many."

Biles struggled to land her opening vault in the team final, won by the Russian Olympic Committee, and received the lowest score of her Olympic career on the apparatus before leaving the floor with a trainer.

Speculation grew that Biles would not return and although she reappeared, she played no further part and was forced to cheer on her team mates from the sidelines.

Biles said afterwards that she had been "dealing with some things internally that will get fixed in the next few days".

"I felt pretty comfortable coming into the Olympic Games and then I don’t know what happened," Biles said.

"Just going through each of the days and the training it just felt a little bit tougher.

"I have to do what’s right for me and focus on my mental health and not jeopardise my health and well-being.

"That’s why I decided to take a step back."

Biles won four gold medals at the 2016 Olympics in Rio de Janeiro - her only blemish coming in the balance beam, where she took bronze - and she had been expected to better that haul at Tokyo 2020.

She said before the team final that she was feeling the "weight of the world on her shoulders".