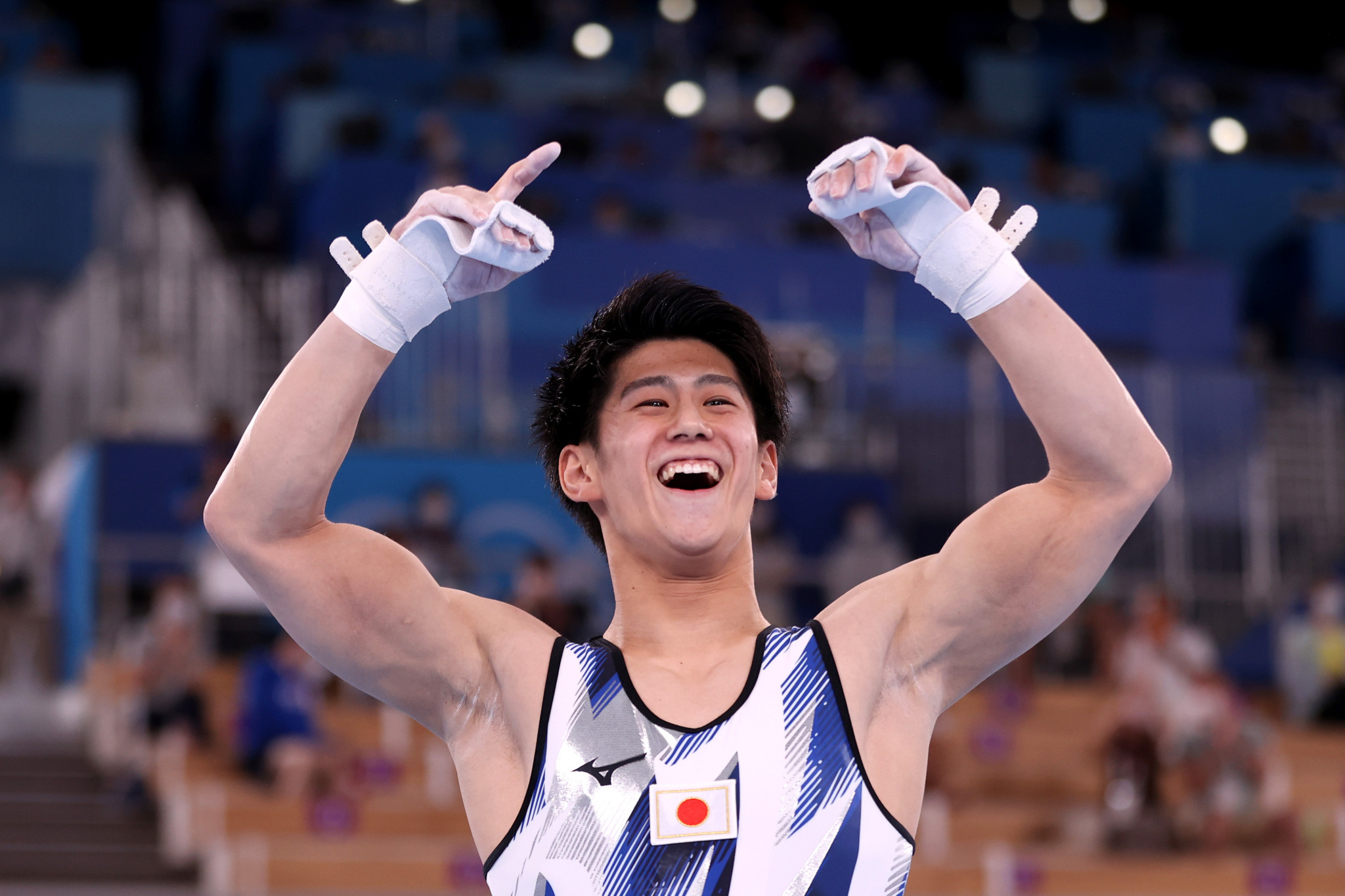 Daiki Hashimoto provided Japan with another stunning moment at their home Tokyo 2020 Olympics by dramatically snatching the men's all-around gymnastics title at the very last.

The 19-year-old was the top qualifier and turned that promise into gold on a night where his fortunes both dipped and peaked.

He was third going into the last rotation - the high bar - with China's Xiao Ruoteng out in front.

Xiao left the door open by scoring 14.066 - with the Chinese seeing an enquiry into this mark rejected.

The Russian Olympic Committee (ROC) gymnast Nikita Nagornyy, the world champion and already a team gold medallist here, sat second but his 14.366 was not enough to overhaul Xiao.

Hashimoto knew he needed 14.534 for gold and he duly delivered - scoring 14.933 when last up as the home delegation roared its approval.

The youngster has kept the men's all-around title in Japanese hands after Kōhei Uchimura won it at London 2012 and Rio 2016, before opting out of Tokyo 2020.

"I didn't feel any pressure or nervousness," Hashimoto said.

"Although I want to follow what Uchimura has built and founded in the last decades in gymnastics, I want to lead as a next generation gymnast in Japan."

The Japanese started strongly with scores of 14.833 on floor and 15.166 on pommel horse to take control.

But he faltered on rings - eventually being given a score of just 13.533 which he unsuccessfully challenged.

Hashimoto then stepped out of bounds on the vault - with his score of 14.700 seeing him drop out of the medal positions.

It did not matter in the end, as he superbly tallied 15.300 on the parallel bars before his late high bar heroics.

The event took place after the news that American superstar Simone Biles had withdrawn from tomorrow's women's all-around final to focus on her mental health.