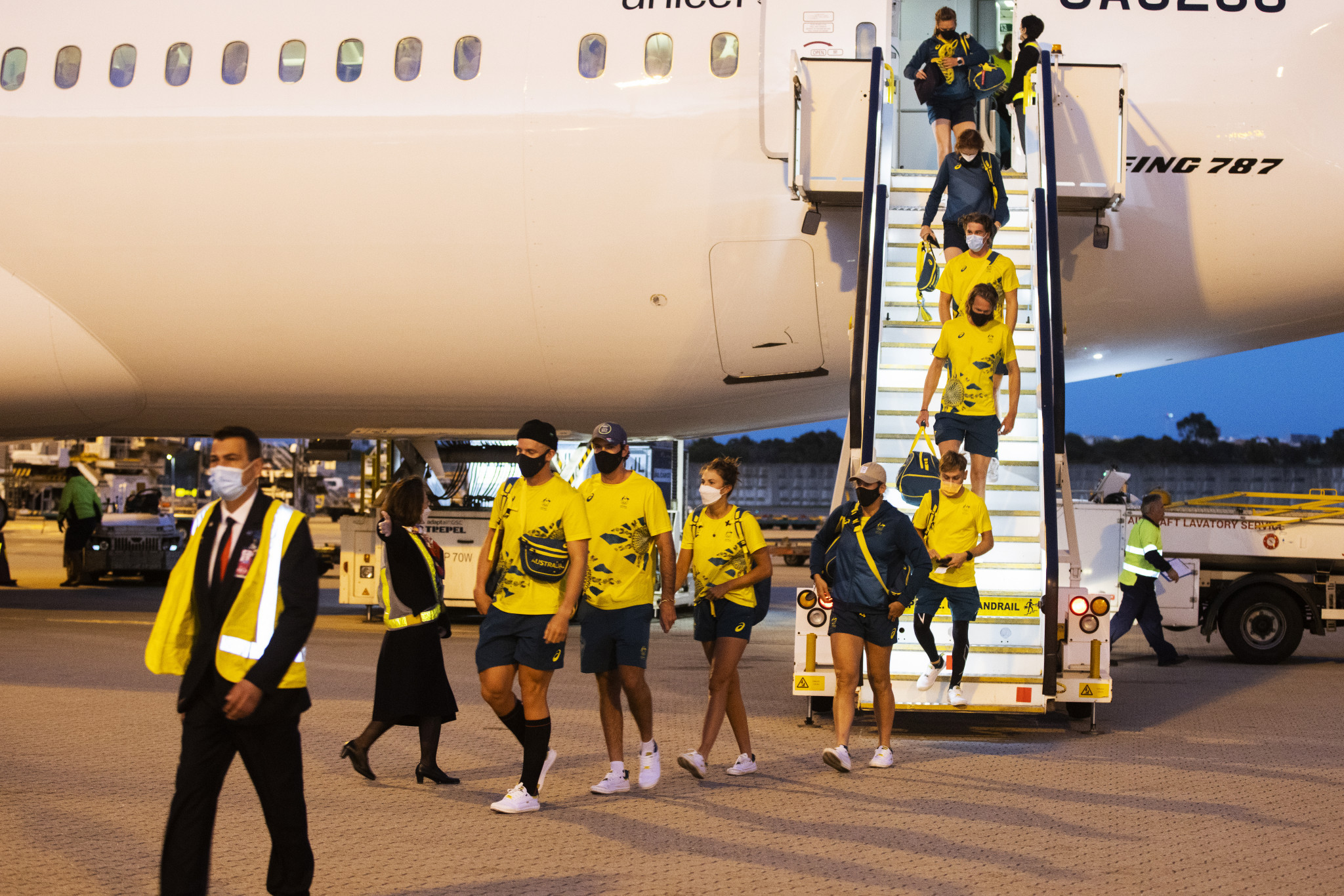 Australian athletes and other members of the delegation will be placed into mandatory supervised quarantine for two weeks when they return home from the Olympic Games here.

All of the group will be transferred into Government-run hotels after landing, in line with Australian laws aimed at preventing the spread of coronavirus.

A total of 853 athletes and staff are due to arrive in Australia between now and August 14 on a mixture of commercial and chartered flights from Japan.

Departures and arrivals have been staggered at the Games due to Tokyo 2020 requirements designed to prevent large numbers of people being in the Olympic Village at once.

Athletes need to depart the Village within 48 hours of their last event, with the Australian quarantine hotels located in Sydney, Brisbane, Gold Coast, Perth, Melbourne and Howard Springs.

Shooter Elena Galiabovitch, Australia's female flagbearer at the Opening Ceremony, is also back in the country.

Many have been left stranded overseas due to restrictions on flights and arrivals caused by the pandemic.

"Australia Olympic team athletes and officials are not included in the international arrivals quota that has been set by National Cabinet," he said.

"While the team is vaccinated and have been tested every day while at the Games, like every returning Australian, they will remain in quarantine for 14 days and will undergo regular testing in accordance with the requirements of each state and territory.

"The team return and quarantine has been an integral part of our planning for these Games.

"By this weekend 250 athletes and officials will be back in Australia and our support operation will be providing tailored services and ensuring virtual connection with family and friends.

"On behalf of the Australian Olympic team, I want to thank the Commonwealth, state and territory Governments who have worked closely with us to ensure this logistical challenge will be carefully managed across the quarantine network.

"I also want to thank our sponsors for providing their products for the welcome home packs we will provide team members on their arrival into quarantine."

The family and friends of people quarantining will be able to send comfort packages at some locations.

"Our number one priority is always the safety and well-being of our Team members, and this is just as important while they are in quarantine," said the AOC's Olympian services manager, Daniel Kowalski.

"They will have around the clock access to a mental health referral network run in conjunction with the Australian Institute of Sport, both during and after quarantine as required.

"The AOC has also developed a comprehensive quarantine activity programme for all team members which includes personal and professional development opportunities delivered by industry experts, as well as some light-hearted activities, including virtual live musical performances and online trivia nights to help them to connect while in quarantine."