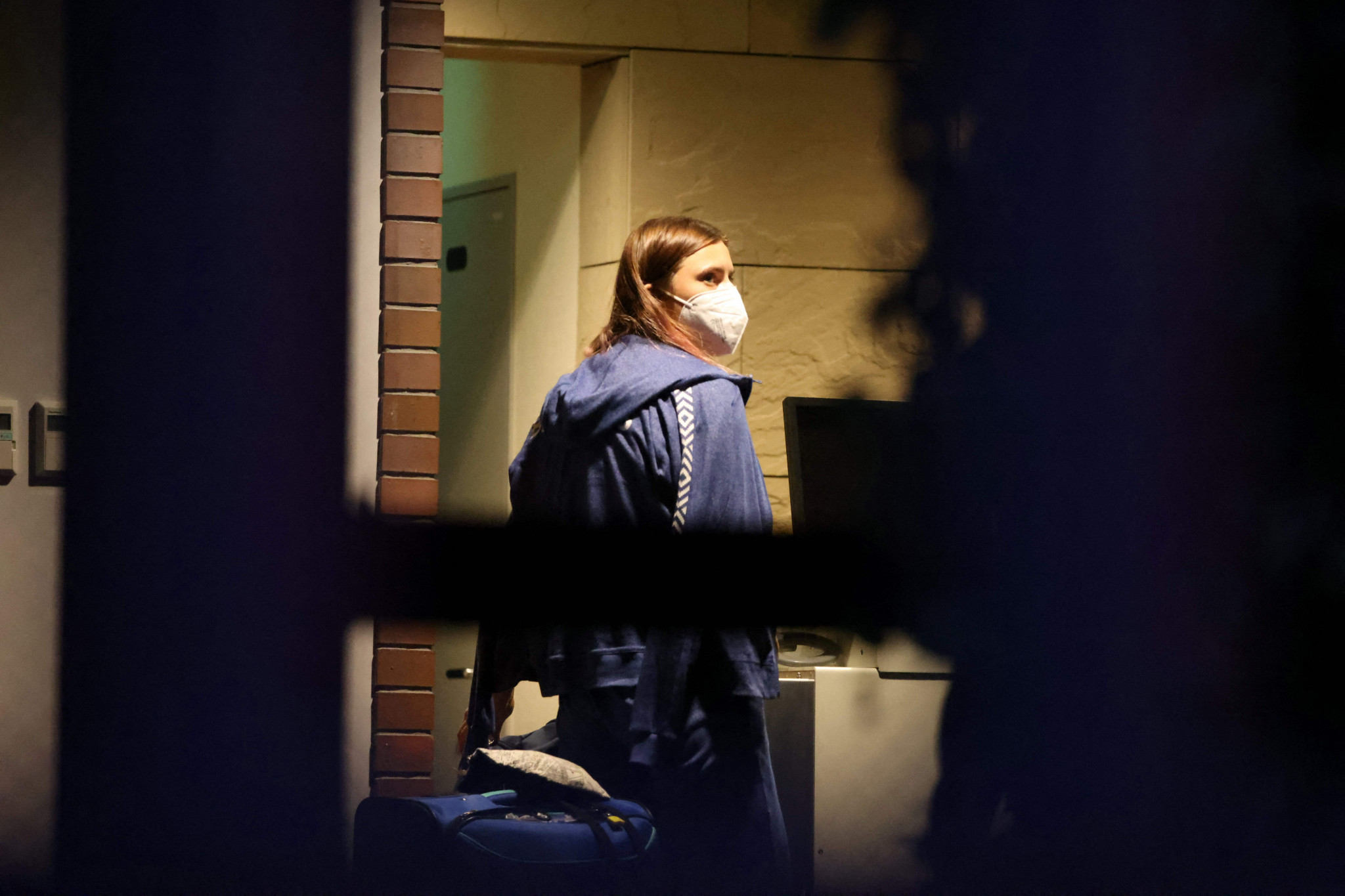 Belarusian sprinter Krystsina Tsimanouskaya has been granted a humanitarian visa by the country after she alleged she had been taken to the airport in Tokyo against her will following criticism of Belarus coaches at Tokyo 2020 on social media.

The 24-year-old spent the night at Haneda Airport, refusing to board a flight home to Minsk yesterday after alleging Belarusian officials had attempted to "forcibly take me out of the country without my consent".

Tsimanouskaya was due to compete in the women's 200 metres this morning, but instead was at the centre of a diplomatic incident and is now in the Polish Embassy.

Paweł Milewski, Poland's Ambassador in Japan, tweeted that Tsimanouskaya was "tired, feared but very grateful for our help at this extremely difficult time of her sport career" after meeting her in the Embassy.

International Olympic Committee (IOC) Presidential spokesperson Mark Adams had earlier insisted Tsimanouskaya was "safe and secure", but the IOC and Tokyo 2020 refused to reveal who was looking after the athlete at the airport.

Adams said the organisation was looking into the case and had asked for a "full written report" from the National Olympic Committee of the Republic of Belarus (NOCRB).

I met Ms Kryscina Tsimanouskaya at our Embassy few hours ago.

She is tired, feared but very grateful for our help at this extremely difficult time of her sport career.

We will continue our good cooperation with 🇯🇵 Government to make her feel safe & secure.

He added that James Macleod, the director of NOC relations and Olympic Solidarity, was speaking directly to Tsimanouskaya.

"The IOC and Tokyo 2020 will continue our discussions with her and understand what the next steps will be and what she wants to pursue," Adams said, speaking before Tsimanouskaya was moved to the Polish Embassy.

"Clearly it is unfortunate [that she missed her competition], but we need to avoid speculation.

"We are listening to her, supporting her and making sure she gets what she wants.

"We have been told she is happy."

Fourth in her 100m heat on Friday (August 30), Tsimanouskaya has said she plans to apply for asylum in another European country.

"The head coach came over to me and said there had been an order from above to remove me," she said in a video message seemingly from the airport.

"At 5 [pm] they came my room and told me to pack and they took me to the airport."

The NOCRB had claimed in a statement the "coaching staff of the Belarusian national athletics team made a decision to withdraw Krystsina Tsimanouskaya from the Olympic Games, according to the doctor’s report on her mental and emotional state".

Tsimanouskaya dismissed the claims and said she had not been seen by a doctor.

The sprinter had previously complained online about being entered into women's 4x400 metres relay - an event she does not specialise in - due to some of the athletes Belarus planned to enter being barred form the Olympics because they had not been drugs tested enough in the lead-up to the Games.

The President of the NOCRB, Viktor Lukashenko, is banned from attending Tokyo 2020, as is his father and former NOCRB head, Alexander Lukashenko, controversially re-elected as President of Belarus last year in elections widely dismissed as neither free or fair.

I also call on #IOC to start an investigation on the Belarus NOC management. Furthermore, we will work on adding those involved in the attempt to kidnap Krystsina Tsymanouskaya to the sanctions list and gathering more international support for repressed Belarusians. @iocmedia pic.twitter.com/c6XpS9M0t0

The IOC has also suspended funding to the NOCRB and has refused to recognise the election of Viktor Lukashenko as President of the organisation in March.

"We will continue to look and I don’t want to pre-judge."

Concern for Tsimanouskaya's welfare comes after journalist Roman Protasevich was "kidnapped" in May when Belarus dispatched a fighter jet to force a flight from Greece to Lithuania to land in Minsk, claiming there was a bomb threat.

Alexander Lukashenko has been critical of the country's performance at the Tokyo 2020 Olympics, where Belarus has won just two medals.