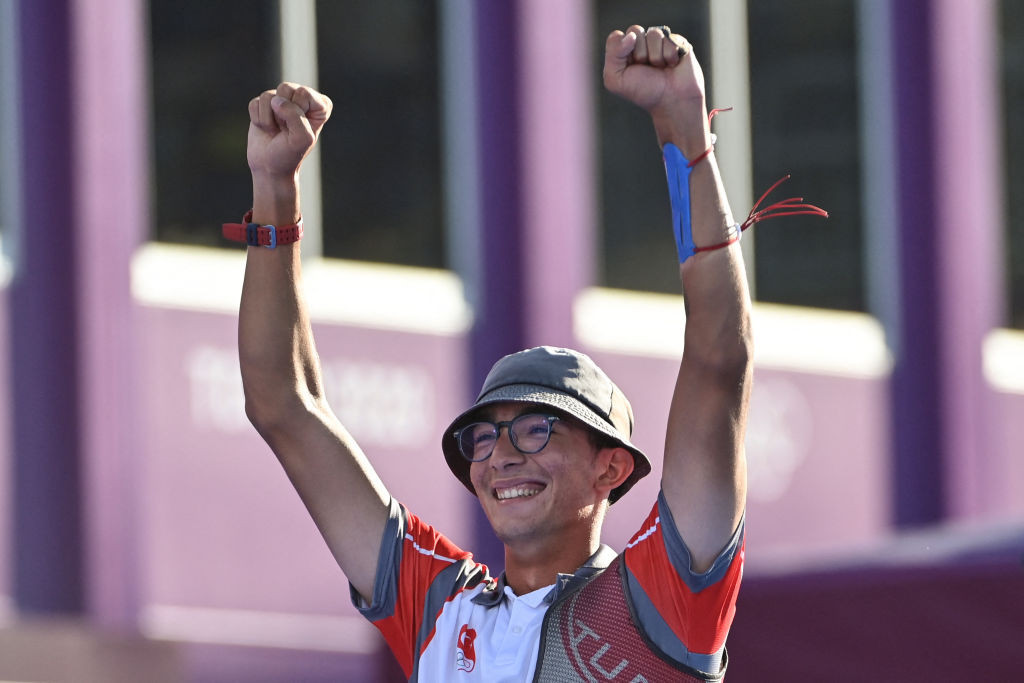 Mete Gazoz became the first Turkish archer to win an Olympic gold medal as he edged out Italian veteran Mauro Nespoli in a tense final of the men's individual competition at Tokyo 2020 here today.

The 22-year-old, a two-time winner on the Archery World Cup circuit, beat Nespoli 6-4 at Yumenoshima Park Archery Field to clinch Turkey's first gold of the Games.

He is the only Tokyo 2020 archery gold medallist not from South Korea, who claimed the other four titles on offer at the Games prior to the men's individual event today.

Gazoz sealed the Olympic title in style after hitting back-to-back 10s in the fifth set to move him into an insurmountable position.

The European silver medallist celebrated as soon as his second arrow landed dead centre of the ring as he revelled in making history by earning his nation's first gold medal in archery and only the 40th the country has ever won at the Olympics.

"I'm feeling great, it's amazing to have a gold medal in the Olympics," Gazoz said.

"After Rio 2016 I promised myself I will be the Olympic champion next time in Tokyo.

"I really worked hard and did all the necessary things to be here, on top of the podium."

For Nespoli, defeat in the final means his wait for a major individual title at an international event goes on.

The Italian was a member of the squad which won the team gold medal at London 2012 and silver in Beijing.

Tang had earlier prevented South Korean hopes of repeating their sweep of the archery gold medals from Rio 2016 by defeating double world and Olympic team champion Kim Woo-jin in the quarter-finals.

Gazoz had claimed a scalp of his own in the last eight as he overcame world number one Brady Ellison of the United States.

The Turkish athlete went on to sweep aside Furukawa 7-3 in the semi-finals, with Nespoli breezing to a 6-2 win over Tang.

Today's men's event brought the archery events at the delayed Tokyo 2020 Olympics to a close.