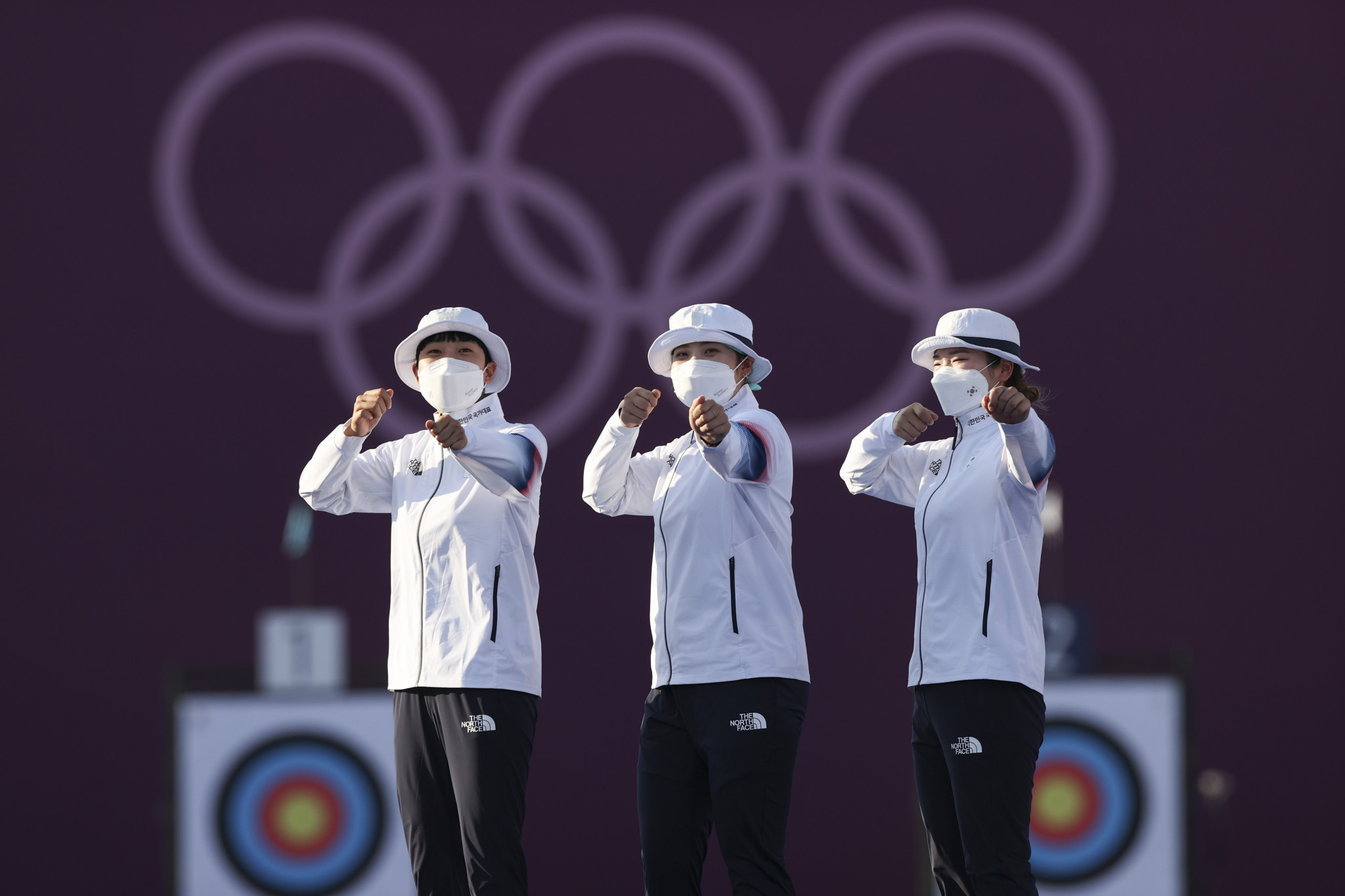 Their team of Kang Chae Young, Jang Minhee and An San had earlier defeated Italy and Belarus convincingly to reach the final.

“This gold medal is very special for me for two reasons,” Kang said.

“The first is that a gold medal at the Olympic Games is a dream for every archer, the second is that this is a team medal, which means we did it together, and for us, that is more important,

“In Korea, all of our archers are all very strong, so that’s why we compete with each other individually and that’s what makes us strong as a group.”

It fell to Jang Minhee to shoot the decisive arrow to make certain of gold in the final.

“Since I was the third shooter, with my last shot, I kind of thought I really want to get this over with and get it done.” Jang said.

“I verified and confirmed that it was gold, and I felt the rush of emotions, but I quelled them down and I just was happy about it.”

Korean archers are unbeaten since the event was first introduced at their home Games in Seoul in 1988.

“We are lagging behind the Koreans.” ROC archer Ksenia Perova admitted.

We were tired a little bit and we tried to fight.

"We won the silver, and it's another time around and it's like a gold for us, so thank you very much.

"I think that our weakness was that we were tired."

In the bronze medal match, Germany defeated Belarus 5-1 after Lisa Unruh shot a ten with her final arrow.

"I concentrated on that last shot," Unruh said.

"I knew that my teammates were behind me, that they were giving me strength, and that really helped me in that decisive moment.