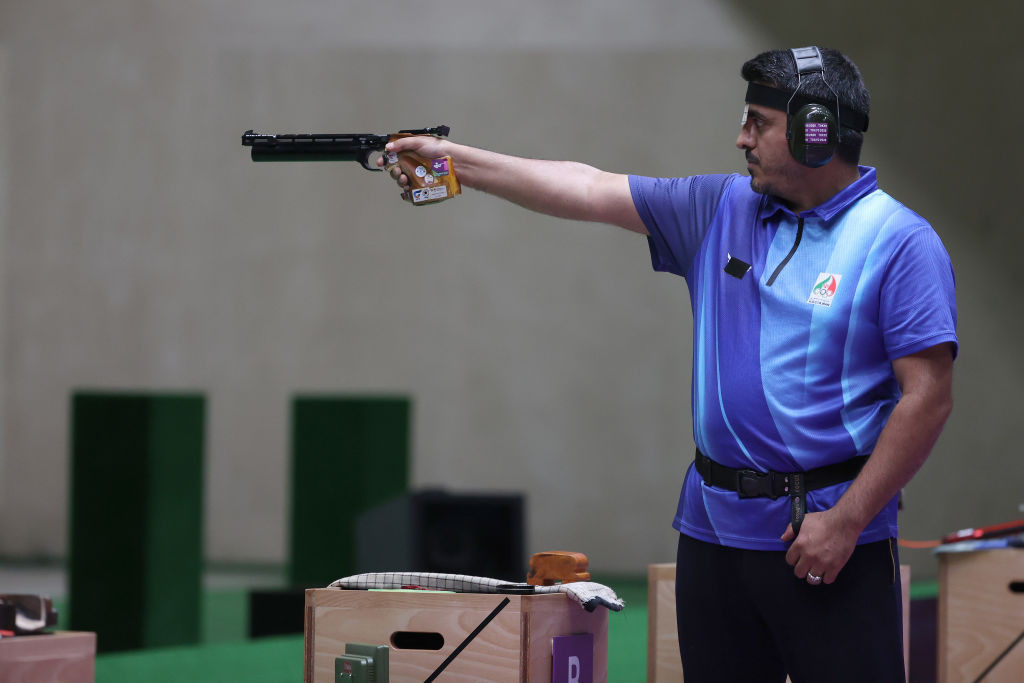 A campaign group in Iran has called for the International Olympic Committee (IOC) to suspend the Olympic shooting gold medal awarded to Javad Foroughi after claiming he is part of a "terrorist organisation".

United for Navid, set up after the execution of Iranian wrestler Navid Afkari and which has frequently called for action to be taken against Iran for alleged breaches of the Olympic Charter, has urged for the IOC Ethics Commission to launch an immediate investigation.

The group said Foroughi is "a current and long-term member" of the Islamic Revolutionary Guards Corps-Quds Force, which the United States has designated as a terrorist organisation.

It warned the IOC was "complicit in promoting terrorism and crimes against humanity" if they fail to act.

"Awarding an Olympic gold medal to a member of a terrorist organisation is an appalling affront to athletes and Olympic ideals and leaves a grievous black mark on the IOC," the group said in a statement.

"United For Navid calls for an immediate investigation by the IOC, and until an investigation is completed the suspension of any medal award."

The IOC has been urged to take action against Iran as the country continues to refuse to allow its athletes to face Israelis.

Despite the number of such cases, the IOC has never suspended Iran.

There have already been examples of countries refusing to share the field of play with Israelis at these Games.

Algerian judoka Fethi Nourine and his coach Amar Benikhlef were sent home from Tokyo 2020 after the athlete withdrew to avoid the possibility of meeting Israeli Tohar Butbul.

The International Judo Federation (IJF) said that it would investigate and that both Nourine and Benikhlef had been suspended.

The IJF is the only Federation to have sanctioned Iran for a policy it has carried out at sporting events for decades.

"The IOC is always concerned in these cases and is monitoring it very closely," said IOC director of NOC relations and Olympic Solidarity James Macleod.

"If there are flagrant abuses of the Olympic Charter, the IOC will take all necessary measures in that respect.

"We will investigate anything that is raised to us, and work with the NOC/IFs on a case-by-case basis.

"The IOC has been very clear that non-discrimination and autonomy are things we will not flinch from."