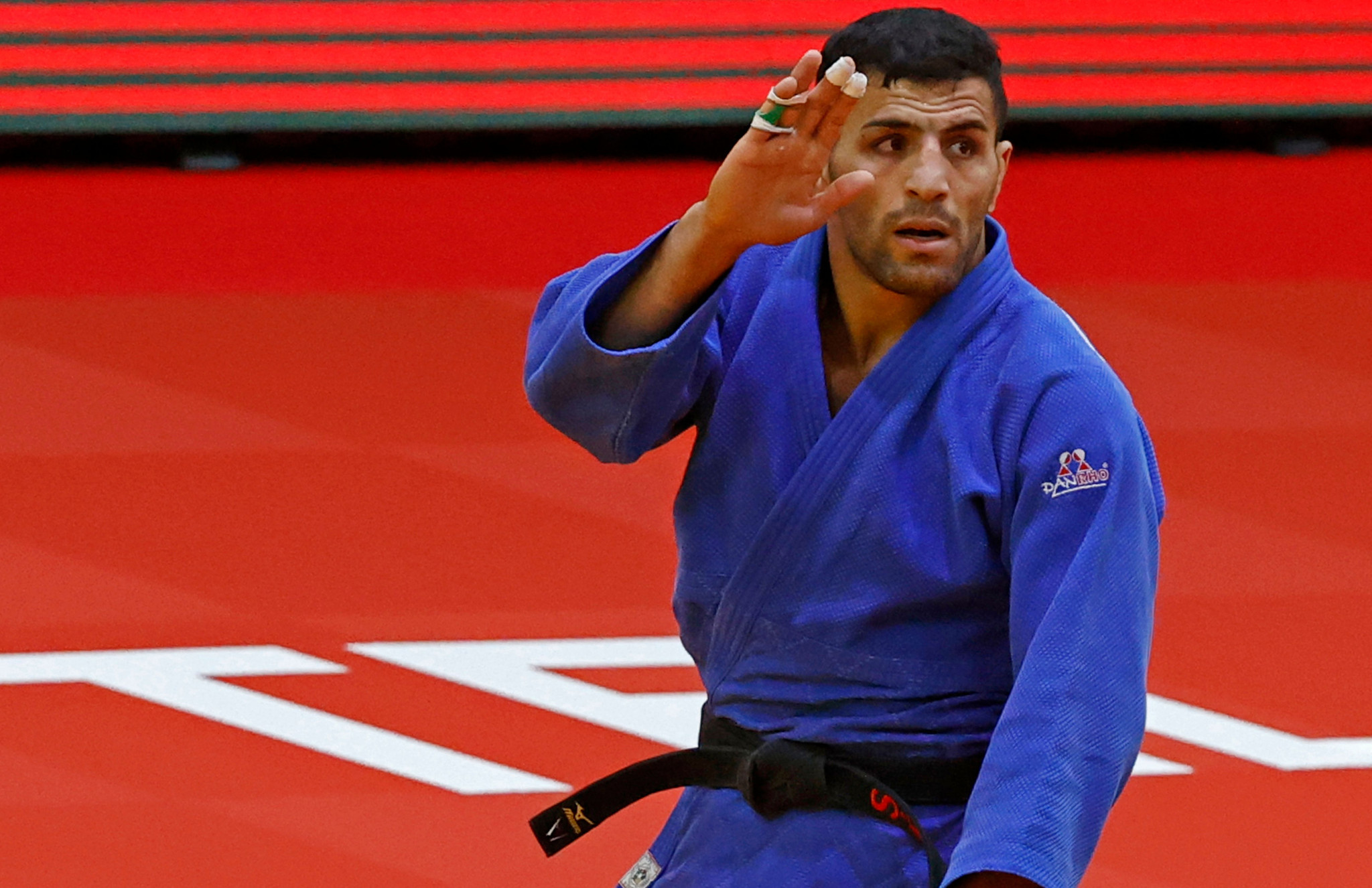 An audio file has been published purportedly of Iran Judo Federation President Arash Miresmaeili instructing the coach of Saeid Mollaei to inform the judoka to lose a contest to avoid facing an Israeli opponent.

The audio was reportedly acquired by Iran International television and has been shared by the United for Navid campaign.

The clip sees Miresmaeili allegedly tell Mollaei’s coach Majid Zareian that the athlete had to lose a contest to avoid potentially facing an Israeli rival in the next round.

"The position of the regime, myself, the Minister, all of us, is that he is not allowed to compete [against the Israeli rival]," Miresmaeili allegedly says.

"Make him understand that he is not allowed under any circumstances.

"He will be held responsible for whatever decision he makes."

Iran was last month hit with a four-year ban by the International Judo Federation (IJF).

The governing body was found to have made "repeated and severe breaches" of the organisation’s statutes and the values of Olympism.

This followed the instructions to Mollaei that he had to avoid facing an opponent from Israel at the 2019 World Championships in Tokyo.

Iran does not recognise the Jewish state and forbids its sportsmen from competing against Israelis.

The IJF had previously given the Federation an indefinite suspension, but this was lifted by the Court of Arbitration for Sport (CAS), which ruled that "sanctions compliant with the IJF regulations should be imposed".

In its ruling, issued in March, the CAS panel concluded that "the Iran Judo Federation could validly be imposed a suspension or an expulsion".

Following its ruling, the CAS asked the IJF to revisit the case, and leading to the governing body provisionally suspending the Member Federation four years from September 18 in 2019 until September 17 in 2023.

The CAS had been told that Mollaei had previously lost at the Abu Dhabi Grand Slam and The Hague Grand Prix when he could have faced Muki in 2018.

Following the incident in Tokyo in 2019 Mollaei refused to return to Iran and instead sought asylum in Germany.

Mollaei switched allegiances to Mongolia and represented the country for the first time at the IJF Tel Aviv Grand Slam in February.

The execution in Tehran on September 12 of wrestler Navid Afkari, for allegedly stabbing a security guard to death and his involvement in demonstrations against the country's regime in 2018, has led to fears for the family of Mollaei, who remain in Iran.

The United for Navid campaign has called for action to be taken by the International Olympic Committee (IOC) against Iran, citing abuse of athletes and its anti-Israel policy.

United World Wrestling (UWW) President Nenad Lalovic told insidethegames back in 2018 that a concerted effort is needed from international governing bodies to encourage Iranian authorities to alter their long-running policy.

Miresmaeili, who allegedly is quoted in the audio clip, was previously at the centre of an Iran and Israel dispute during his career.

Miresmaeili carried Iran’s flag at the Opening Ceremony of the 2004 Olympic Games in Athens and was favourite for the gold medal in the under-66kg category.

But he was drawn against Israel’s Ehud Vaks in the first round.

Miresmaili was disqualified from competing after turning up for the weigh-in two kilograms over the weight limit, something it was claimed he did deliberately to avoid having to face Vaks.

An investigation was launched by the IJF, whose President was then South Korea’s Park Yong-sung, but it concluded that Miresmaili had not turned overweight deliberately to avoid competing against his Israeli opponent.