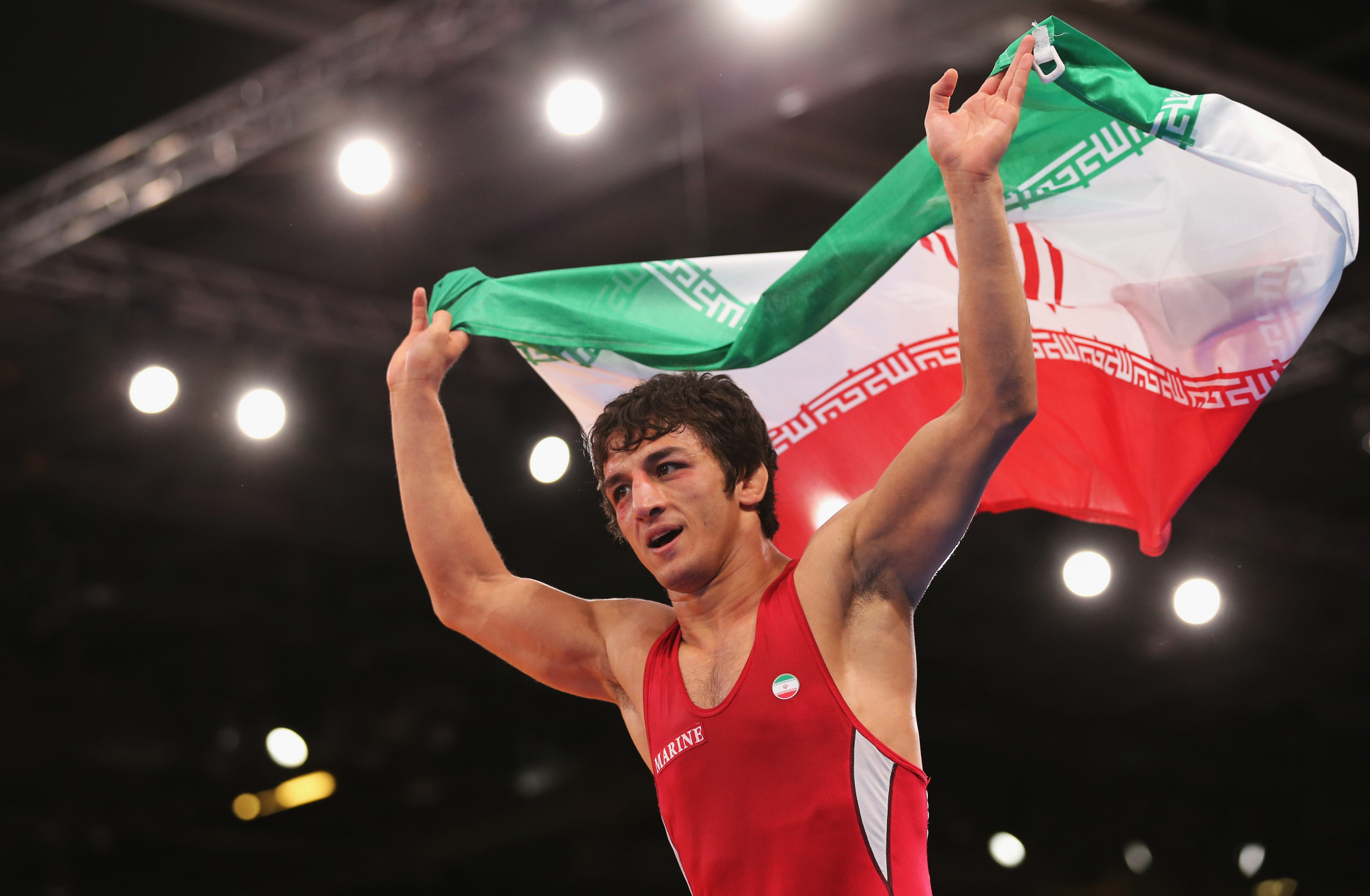 Iranian Wrestling Federation vice-president Hamid Sourian has called for the planned execution of wrestler Mehdi Ali Hosseini to be prevented.

According to The Jerusalem Post, Iranian wrestler Hosseini is due to be executed after being found guilty of murder.

He had reportedly been arrested in 2015 and charged with murder during a group brawl.

The execution is expected to be imminent as the victim's family has not agreed to pardon Hosseini for the alleged crime.

Sourian, a London 2012 Olympic gold medallist in the Greco-Roman 55 kilogram division, has pleaded with the family to prevent Hosseini's execution from taking place.

"I beg Doctor Gholami Gheibi, who is one of the prominent doctors in Dezful, as the father of the victim, to please God," he reportedly said.

"I hope that the honourable family of Gheibi will forgive this young man by doing this good deed."

Afkari was given two death sentences for allegedly stabbing a security guard and his involvement in demonstrations against the country's regime in 2018.

He claimed he had been coerced into giving a false confession before he was executed in September.

United World Wrestling (UWW) and the International Olympic Committee (IOC) were among multiple organisations to call for clemency, and Afkari's killing led to calls from many for Iran to be excluded from the Olympics.

Despite this, neither the UWW or IOC sanctioned Iran for the execution.

The UWW has confirmed it is aware of the situation concerning Hosseini but said it would not comment until it had a clear picture.

"United World Wrestling was made aware of the Mehdi Ali Hosseini case on 9 January 2021 through media reports," a statement from the governing body said.

"We are currently still gathering information.

"At this stage, it appears that this a criminal case only, with no sports-related background.

"So far, we have learned from the Iranian Wrestling Federation that Mehdi Ali Hosseini was a regional level wrestler, who did not participate in national or international level competitions.

"United World Wrestling will not comment on this case before it has a clear picture of the situation."

The IOC issued the same statement.

National Union for Democracy in Iran policy director Cameron Khansarinia has criticised the IOC, claiming the organisation were showing a "disregard for the lives of Iranians."

"While most athletes fear the further cancellation of sporting events due to the COVID-19 pandemic, athletes in Iran fear being murdered by the Islamic Republic," he said.

"The International Olympic Committee has as yet refused to take any serious actions against the regime in Tehran for its bloody assault against athletes, despite a coordinated campaign by Iranian athletic champions.

"The regime should be banned from all Olympic and international sports activities until it stops murdering athletes and lifts its gender apartheid laws towards female athletes and fans.

"The disregard for the lives of Iranians shown by international organisations, including the IOC, has removed any and all of their legitimacy as humanitarian bodies."