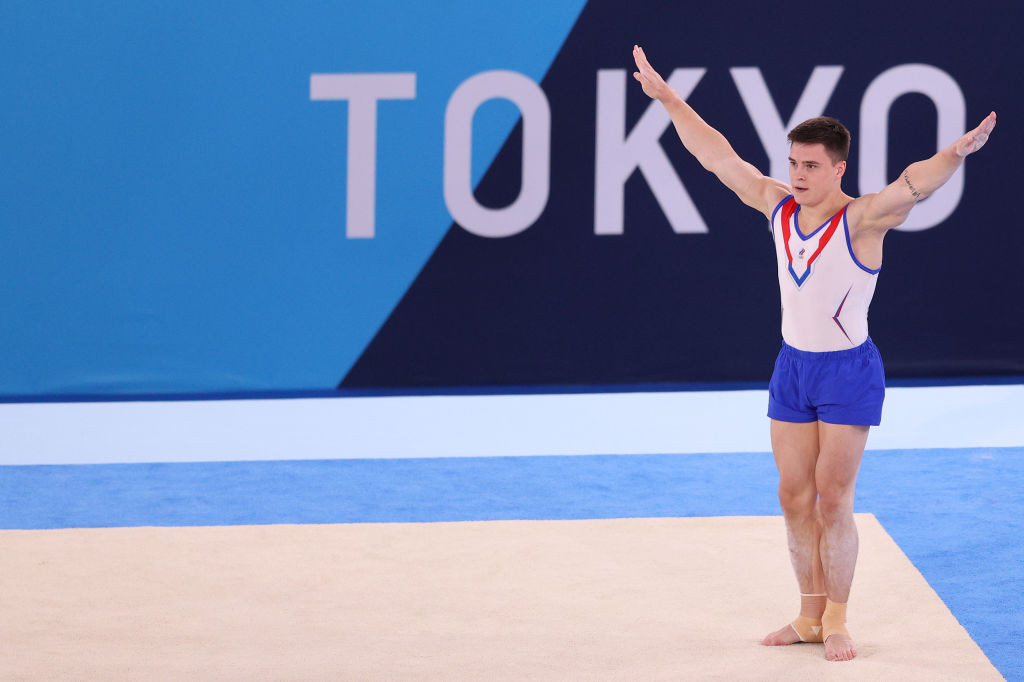 The Russian Olympic Committee (ROC) held their nerve to dethrone defending champions Japan and claim one of the neutral team's most sought-after gold medals at the Tokyo 2020 Olympic Games in a thrilling artistic gymnastics men's team final here tonight.

A pulsating competition went down to the last two routines and 2019 world all-around champion Nikita Nagornyy produced when it mattered, scoring 14.666 to propel the ROC to the Olympic title.

Japan's Daiki Hashimoto, the star performer in qualifying, put the pressure on Nagornyy with a spectacular horizontal bar routine that was rewarded with a score of 15.100.

It did not prove enough to overhaul the ROC, who amassed a score of 262.500, just 0.103 points clear of Japan in second - the smallest margin of victory in an artistic gymnastics team final since the perfect 10 system was thrown out after Athens 2004.

China were unable to recover from their early mistakes but did enough for bronze on a score of 261.894.

While the ROC is supposed to be competing neutrally at these Games as punishment for the state-sponsored doping scandal, chants of "Rus-sia" could be heard from watching athletes and officials after their win was confirmed.

The gymnasts were reminded of their country's past misdemeanours when Pyotr Tchaikovsky’s Piano Concerto No.1 was played instead of the national anthem as they stood atop the podium.

Artur Dalaloyan, whose participation in the event had been in doubt after he suffered an Achilles injury, said the gold medal was "absolutely priceless".

"After an injury like this, I appreciate the work I did even more," he said.

"Now I know that all that work was not for nothing."

Lin Chaopan's error in the first rotation proved costly for 2018 world champions China, who were forced to play catch-up for the rest of the evening.

The ROC, backed by solid performances from Dalaloyan and Nagornyy, seized control of the final at the halfway stage after an outstanding display in the vault, where Nagornyy, Dalaloyan and Denis Abliazin all posted scores of 14.733 or higher.

Japan, seeking to retain the title they claimed at the 2016 Olympics in Rio de Janeiro, were consistent throughout and moved to within 0.640 of the ROC heading into the last rotation.

A huge step-out from Abliazin gave the chasing pack hope and Dalaloyan also made an error in his floor routine, opening the door for Japan to snatch the gold.

Hashimoto's excellence on the horizontal bar made a tense finale even more dramatic before Nagornny kept his cool to seal victory for the ROC, who will likely cherish this title more than any other that they go on to win at these Games.

"I couldn't even breathe when I was waiting for my score," Nagornyy said.

"I thought the time would never come."