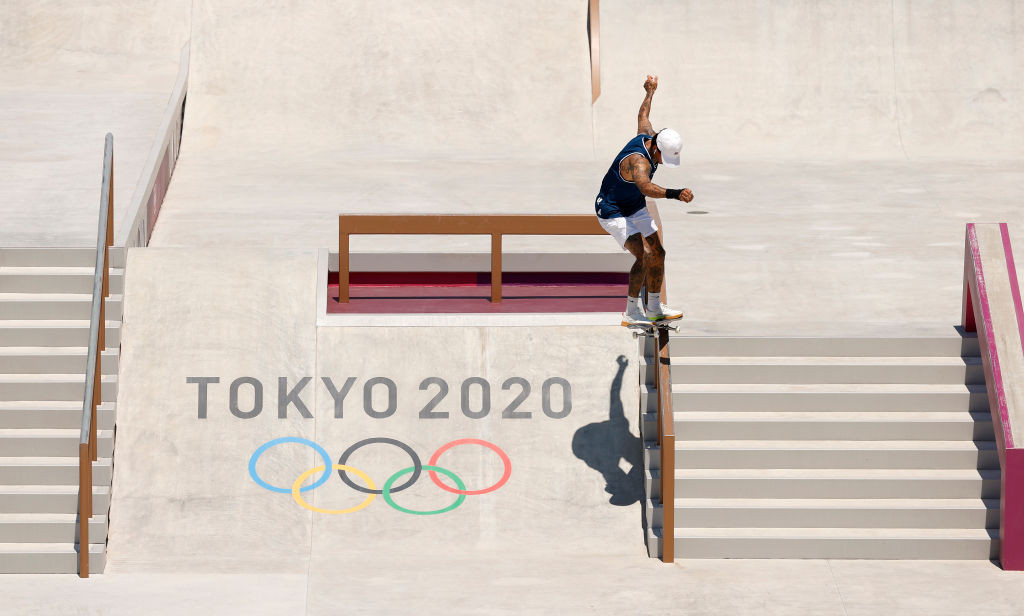 Multiple champion Nyjah Huston of the United States and Japan’s world champion Horigome Yuto will be the main focus of attention when skateboarding makes its Olympic debut tomorrow at the Ariake Urban Sports Park here.

But France’s Aurelien Giraud, sixth-ranked, commented: "The 20 skaters out here are the 20 best in the world, which means that there’s 20 skaters who can win.

"If anybody here has the best skateboarding day of their life, they could win.

The skateboarding programme at Tokyo 2020 includes street and park events for men and women, with the men’s street competition tomorrow followed by women’s street 24 hours later - although rain forecast for Monday may force the rescheduling of the women’s competition.

Street takes place on a concrete course, packed full of ramps, rails, boxes and transitions, where each skateboarder is given 45 seconds to put together their best possible combination of tricks in a run.

Athletes are given free rein within their 45-second time slot to use the course in whatever way they see fit to impress the judges.

"Everybody has their own tricks," Giraud said.

“And everyone has tricks that are super special for each guy.

For example, Gustavo (Ribeiro) has tricks that I wouldn’t do, and I know I have tricks that he’s never going to do.

"I wouldn’t want to be a judge.

Shane O’Neill of Australia said: "I’m more of a technical type of skater, which means on this course I really need to figure out what I’m doing.

"It’s quite a large course, some of the biggest obstacles we’ve ever seen in a contest, so that’s definitely going to favour some people.

"But the course also has a lot of options, so you can kind of choose where you want to skate on it.

"But I do think it favours a few people.

"Yuto (Horigome) is going to do great, and there’s a few other guys as well."

O’Neill singled out 22-year-old Koto City local Horigome, who won the men's title at last month's Street Skateboarding World Championships in Rome and was also a Summer X Games gold medallist in 2019, for his capabilities on all types of skateboard street terrain.

The home skater’s fluid style contrasts with the hard-charging approach of Huston, the highest-paid performer in the sport’s history, who, at 26, has won four World Skateboarding Championships and 12 Summer X Games gold medals, the first of them in 2011.

Horigome took the men's gold medal in Rome with a score of 36.75, a point clear of pre-event favourite Huston.

In the women's event, Japan's Nishimura Aori topped the podium ahead of compatriot Momiji Nishiya.

On the women’s side there are three obvious favourites for the street gold – Nishimura and the Brazilian pair of Leticia Bufoni and Pamela Rosa.

Like her compatriot Horigome, Nishimura is the 2021 world champion and has a similar technical precision.

Rosa won the 2019 world title and holds the world number one ranking.

She has not finished outside the top four in a major international competition since 2019.

Brazil can also field 13-year-old Rayssa Leal, the world No. two, which creates the possibility of a medal sweep.

Also capable of reaching the podium are the United States trio of Mariah Duran, Alexis Sablone and Alana Smith, along with world silver medallist

Nishiya Momiji of Japan and Roos Zwetsloot of The Netherlands.

The women’s and men’s park competition will take place respectively on August 4 and 5.