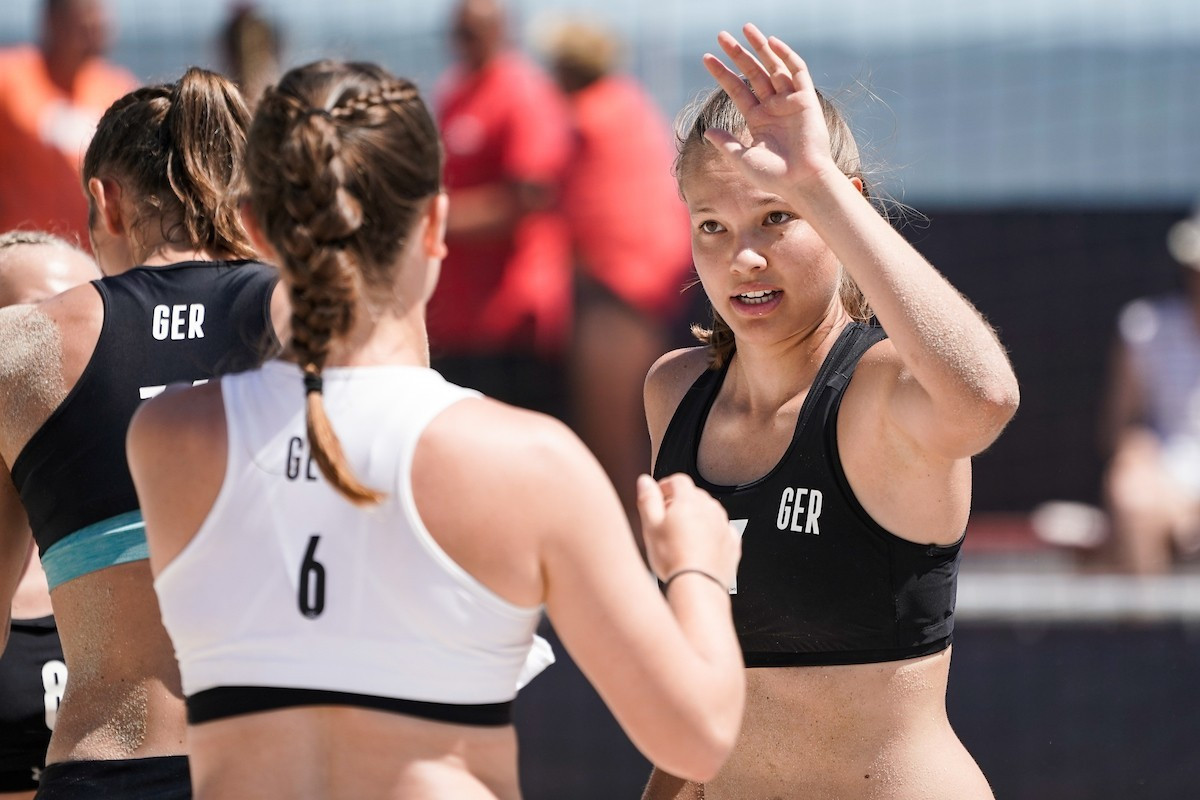 Denmark’s men retained their title at the European Beach Handball Championships in Varna in Bulgaria, but the women’s team were unsuccessful in their defence as the row over women’s mandated wearing of bikini bottoms rumbled on.

The Danish men beat Croatia 25-20, 28-22 in their final, while their female compatriots lost to Germany, who claimed a first gold in this event.

The Norwegian Handball Federation (NHF), supported by Sweden, had wanted its women to play this tournament in shorts, complaining that the small regulation bikini bottoms were "embarrassing" and making them feel uncomfortable.

But they were told by the organisers that they would be fined, and then allegedly threatened with being disqualified, as according to the regulations bikini bottoms must be "not more than 10 centimetres on the sides".

"So then we are forced to play with panties," team captain Katinka Haltvik told Norwegian broadcaster NRK.

"It is so embarrassing."

? Amelie Möllmann had an incredible #BeachEuro2021 final and that is why she is our Women's Player of the Day. pic.twitter.com/iiHEgG60wQ

Kåre Geir Lio, head of the NHF, was disappointed with the European Handball Federation (EHF) response to the protest.

"It's so embarrassing and hopeless - we are happy to pay the fine if that was what it was about."

The EHF's spokesman told NRK that a commission will look at the changes in the law and present a proposal.

But Lio believes that nothing will happen - despite pressure.

"We have contacted them and worked for this for several years," Lio told NHK.

"We have raised it at the Congress and we have been promised that this will be sorted out.

"It's just sad for the ladies to have to deal with this."

Lio added that Sweden, Denmark, France and Norway will now send a letter to the EHF to try again to bring about a change in the regulations.