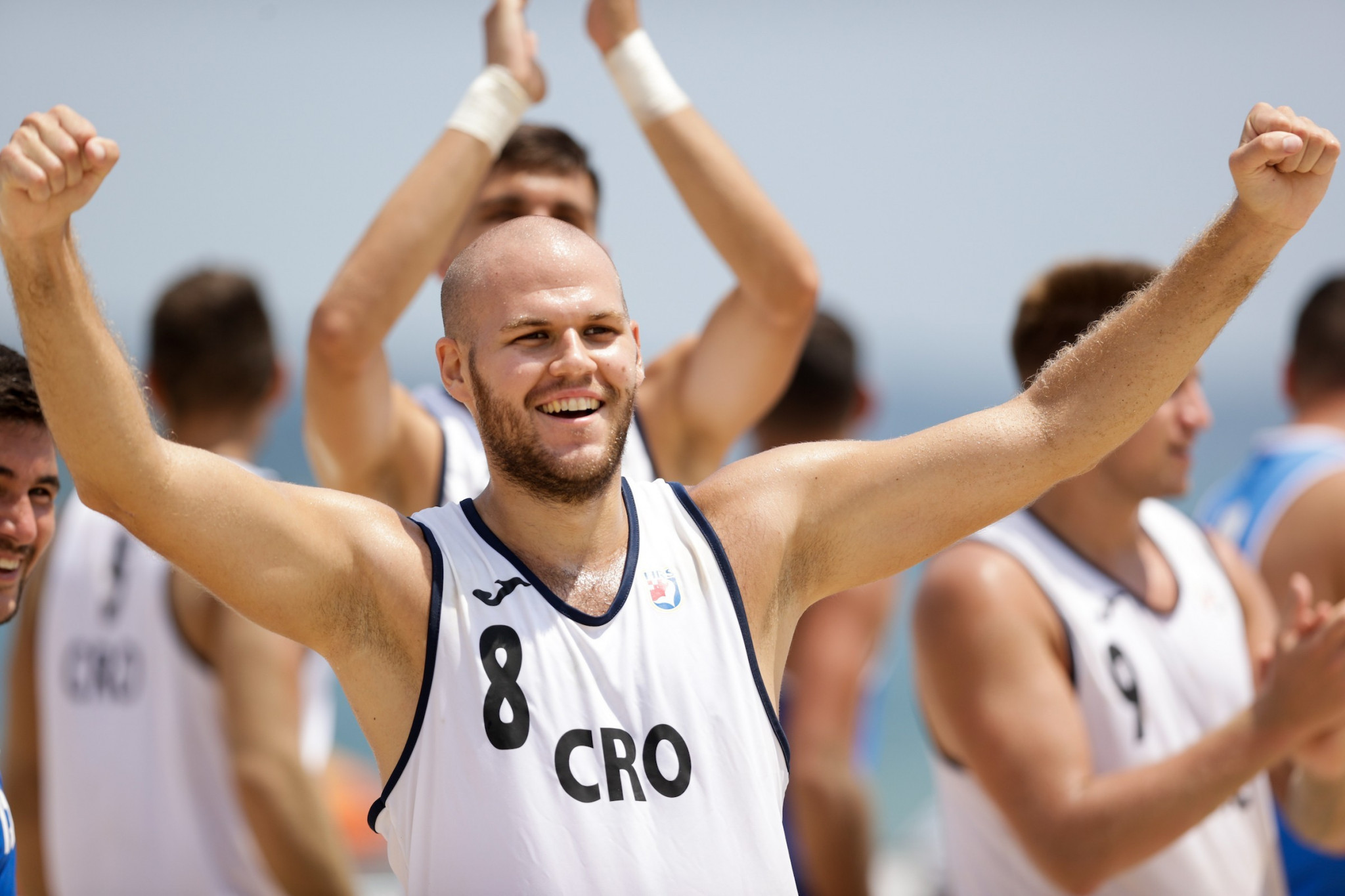 Croatia and Denmark won the men's main-round groups at the European Beach Handball Championships in Varna in Bulgaria.

Defending champions Denmark finished with a 22-14, 23-7 win over France to remain undefeated.

From the six-team Group I, Spain, France and 2019 runners-up Norway joined them in the last eight.

Hungary shocked Spain 24-22, 24-25, 7-6 and finished with the same points total as the Norwegians, but the inferior head-to-head record.

In the other group, Croatia also won five games from five, finishing with a 24-22, 25-20 win over Russia in a top-of-the-table clash.

Poland's 20-18, 11-10 victory over Portugal helped them to third place, but their opponents also advanced to the quarter-finals in fourth.

Germany and reigning champions Denmark won their respective groups in the women's competition.

Germany's 11-10, 11-19 win over Poland - a second victory of the day - ensured top spot in Group II, as their opponents qualified too in fourth.

Spain knocked Croatia out by beating them 18-16, 19-15m and came second ahead of Norway and Hungary.

In the quarter-finals, Denmark play Poland, Spain face Portugal, Germany are up against Hungary and The Netherlands take on Norway.