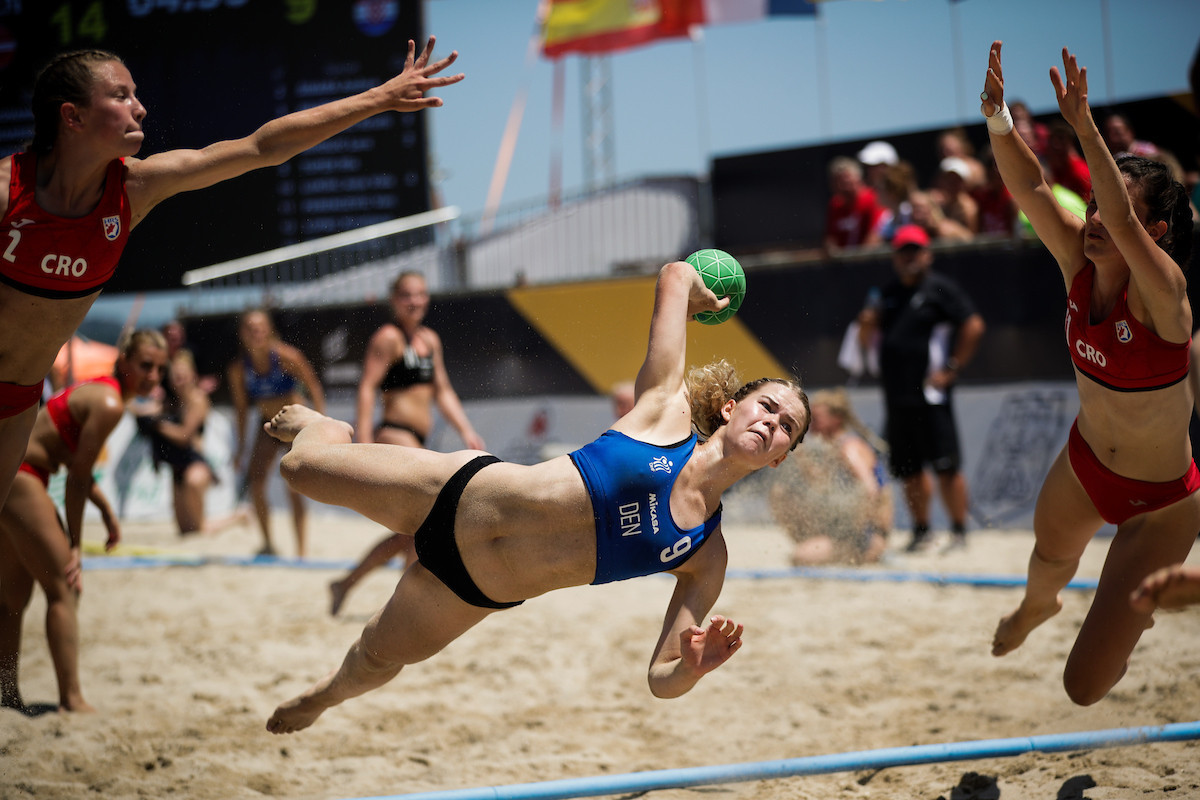 Defending men's champions Denmark have secured a quarter-final place at the European Beach Handball Championships in Varna in Bulgaria.

Denmark did enough on the opening day of main-round action to ensure their progression from Group I, along with Spain and France.

One from 2019 runners-up Norway, Hungary and Ukraine will join them after all 12 men’s teams have completed their last main-round matches.

The situation is more clear-cut in men’s Group II, where Croatia, Russia, Poland and Portugal are already through, and Sweden and Germany are out.

Denmark beat Hungary 2-1 and Ukraine 2-0 in group one.

The women’s event is more open given that all teams have two more matches left in the main round.

Norway and Germany are the only two women’s teams still unbeaten, with the latter being the only side yet to drop a single set.

Denmark, the defending women’s champions, are joint top of Group I with Norway on the maximum six points, although they stumbled once in the preliminary round against Ukraine, who then failed to qualify for the main round.

Competition is scheduled to take place until Sunday (July 18), and the main round continues tomorrow.