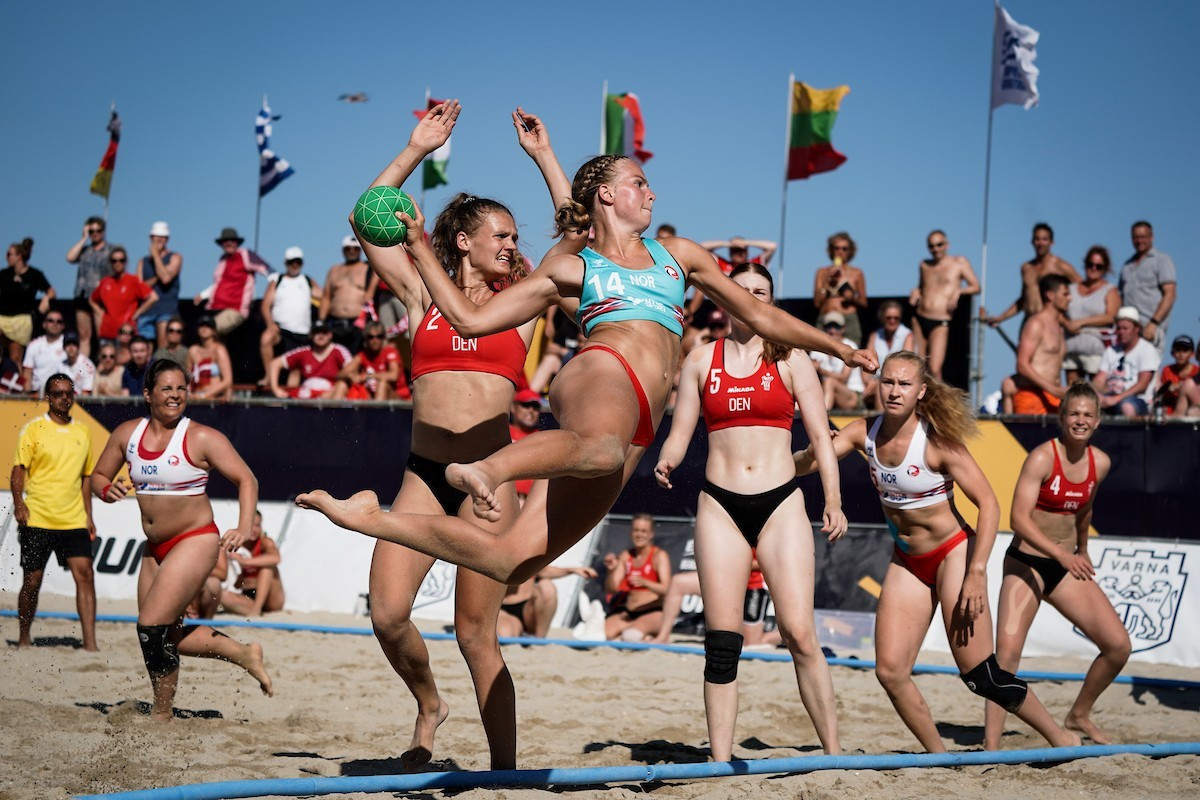 Denmark’s men’s and women’s teams will defend their titles in their respective finals at the European Beach Handball Championships in Varna, Bulgaria.

The men will face Croatia, the record four-times champions, while the women will face Germany in their gold medal match.

It will be Germany’s first appearance in the women’s final in 14 years.

In the men’s event Denmark had to dig deep to get past Russia 2-1.

The Russians, appearing in their tenth semi-final, won the opening set 18-16 before the defending champions responded to take the second 19-16 and then winning the decider 8-6.

In the women’s semi-finals Denmark edged past Norway 23-12, 22-18, having had to come from four points behind midway through the second set.

The Germans are into their fourth women’s final, having won the title once so far in 2006.