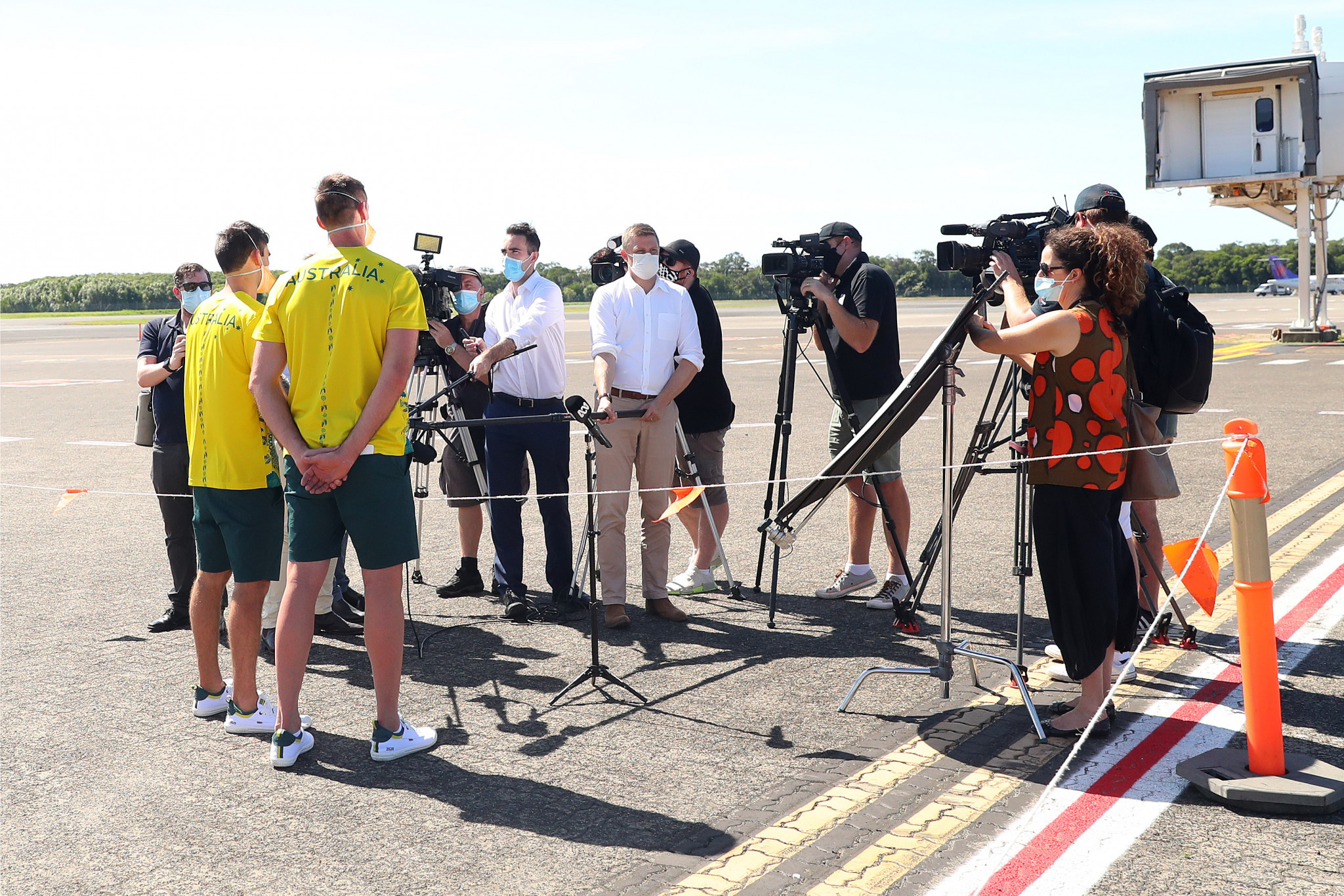 Every member of the Australian athletics team for Tokyo 2020 was quarantined for several hours after a member of staff recorded an inconclusive COVID-19 test result.

The entire squad, currently at a pre-Games training camp in Cairns, were confined to their rooms yesterday from around midday to the late evening.

They also tested negative before departing to Cairns from Melbourne and are said to have not visited any "exposure sites" while complying with all of the COVID-19 rules.

However, they will remain in quarantine until their negative status can be completely confirmed.

Chesterman claimed the impact of the incident on the Australian athletics squad had been "minimal" and they are able to compete in a warm-up competition for Tokyo today.

The team is due to arrive here for the Olympic Games on July 26, before athletics begins at Tokyo National Stadium on July 30.

"That person is someone who is clearly involved and interacts with athletes," said Australia's chief medical officer David Hughes.

"It's another sign though of the systems and meticulous planning of Athletics Australia - this was an extra test they just did, they didn't have to do it, it wasn't part of our requirements.

"This inconclusive test was part of an extra test that they decided to put in place for people coming into that camp in Cairns.

"My understanding is they applied an abundance of caution and said to athletes, 'right, just until we get this sorted out everyone is going to stay in their rooms'.

"COVID doesn't have legs, it can't move unless people move.

"So they did the right thing, they said to everyone, 'Stay still until we get this sorted'.

"They then conducted two further tests, both of which were negative.

"I should say that the Athletics Australia medical personnel worked in really close consultation with the infectious diseases and public health experts in Queensland so they were getting the very best advice.

"The athletes have then been allowed to continue on with their activities today and the individual concerned will undergo a few further tests just to tick some boxes and make sure that this is absolutely 100 per cent certain that this person is okay to continue their involvement with the team.

"You see at times people eye-rolling about all the processes in place - saying 'is this all a bit over-cooked and a bit over-done?'

"But when you have an issue like this crop up, the fact that Athletics Australia have been so meticulous in their planning shows that they have managed to protect their athletics cohort, their coaches, and now they are able to continue on with their activities because of the abundance of caution they have applied."