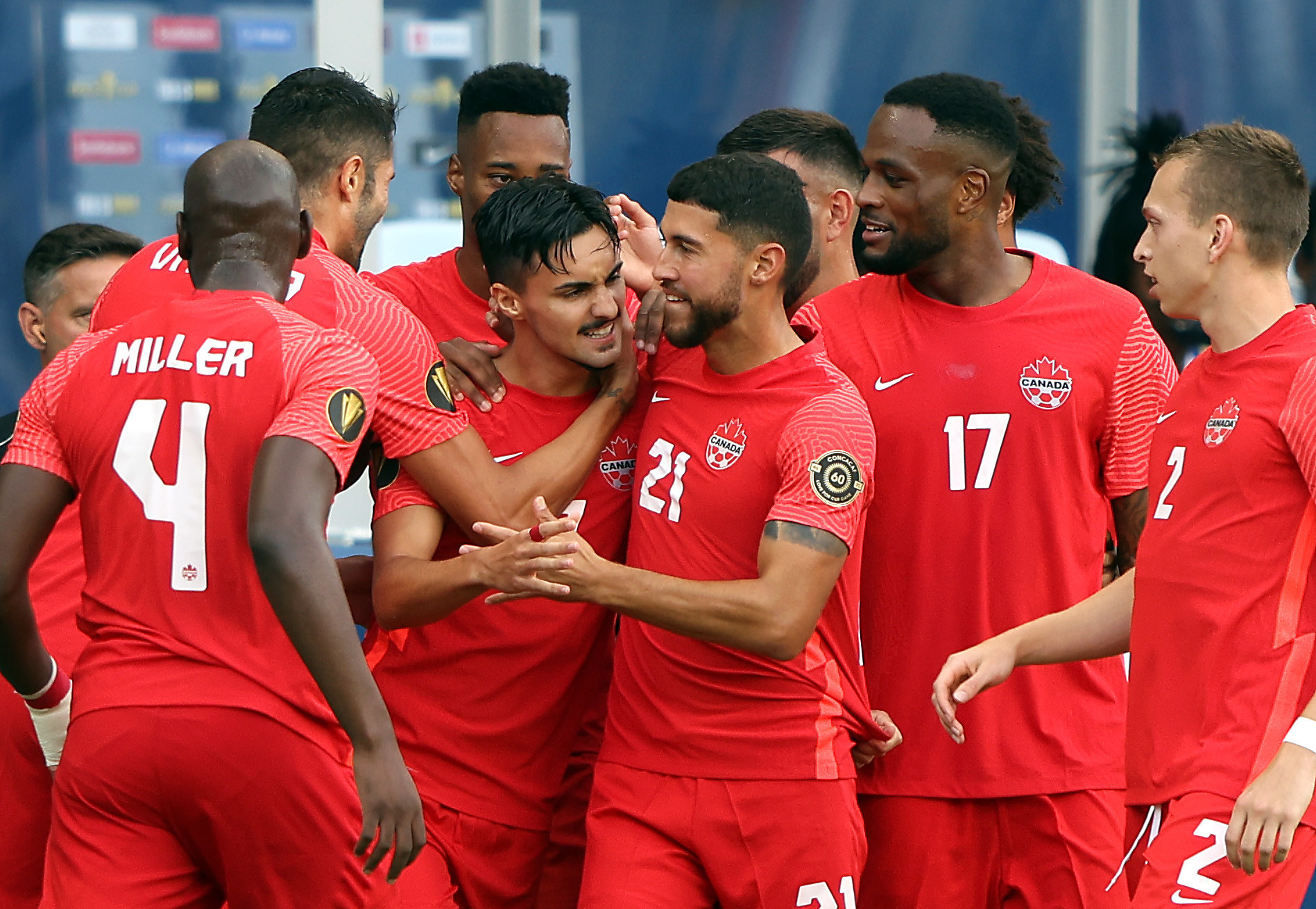 Canada and the United States cruised into the quarter-finals of the 2021 Confederation of North, Central America and Caribbean Association Football (CONCACAF) Gold Cup after recording their second wins of the group stage.

Group D favourites Canada were seeking their second victories of the competition against Haiti and Martinique at the Children's Mercy Park in Kansas City, respectively.

Stephen Eustáquio gave Canada a perfect start against Haiti by curling a long-range freekick into the bottom corner with just five minutes played.

Canada were unable to add to their advantage in the remainder of the first half, but Cyle Larin doubled the lead after half-time.

He benefited from fine work from Tajon Buchanan, who skilfully beat his man on the wing, before crossing for Larin to finish from close range.

Haiti remained a threat with Ronaldo Damus firing over after rounding goalkeeper Maxime Crepeau, having robbed the Canadian defence of possession.

Canada failed to heed the warning as Stephane Lambese fired a powerful shot into the roof of the net in the 56th minute, with Leverton Pierre striking the post minutes later as Haiti chased an equaliser.

Canada’s two goal cushion was restored in the 74th minute after the video assistant referee awarded a penalty for a foul.

Larin converted the penalty, with the Besiktas forward becoming the first Canadian to score 10 goals in a calendar year.

He missed the chance to add to his tally after being substituted, with Canada awarded a second penalty when Francois Dulysse pulled back Ayo Akinola.

Dulysse was sent off for the offence, with Junior Hoilett scoring the penalty to give Canada a 4-1 victory.

Haiti had been depleted for their opening two matches after five players were forced to isolate after positive COVID-19 cases.

United States eased to a 6-1 win over Martinique with a well-worked free kick concluding with Daryl Dike scoring from close range for the opener after 14 minutes.

An own goal from Samuel Camille gave the United States a 2-0 half-time advantage, with the defender turning a shot into his own net after Martinique were unable to clear.

A Miles Robinson header from a corner and a lob by Dike saw the US move into a 4-0 lead by the hour mark.

Gyasi Zardes and Nicholas Gioacchini added to the US tally late on, with the former finishing powerfully from the edge of the area and the latter tapping in from close range in the final minutes.