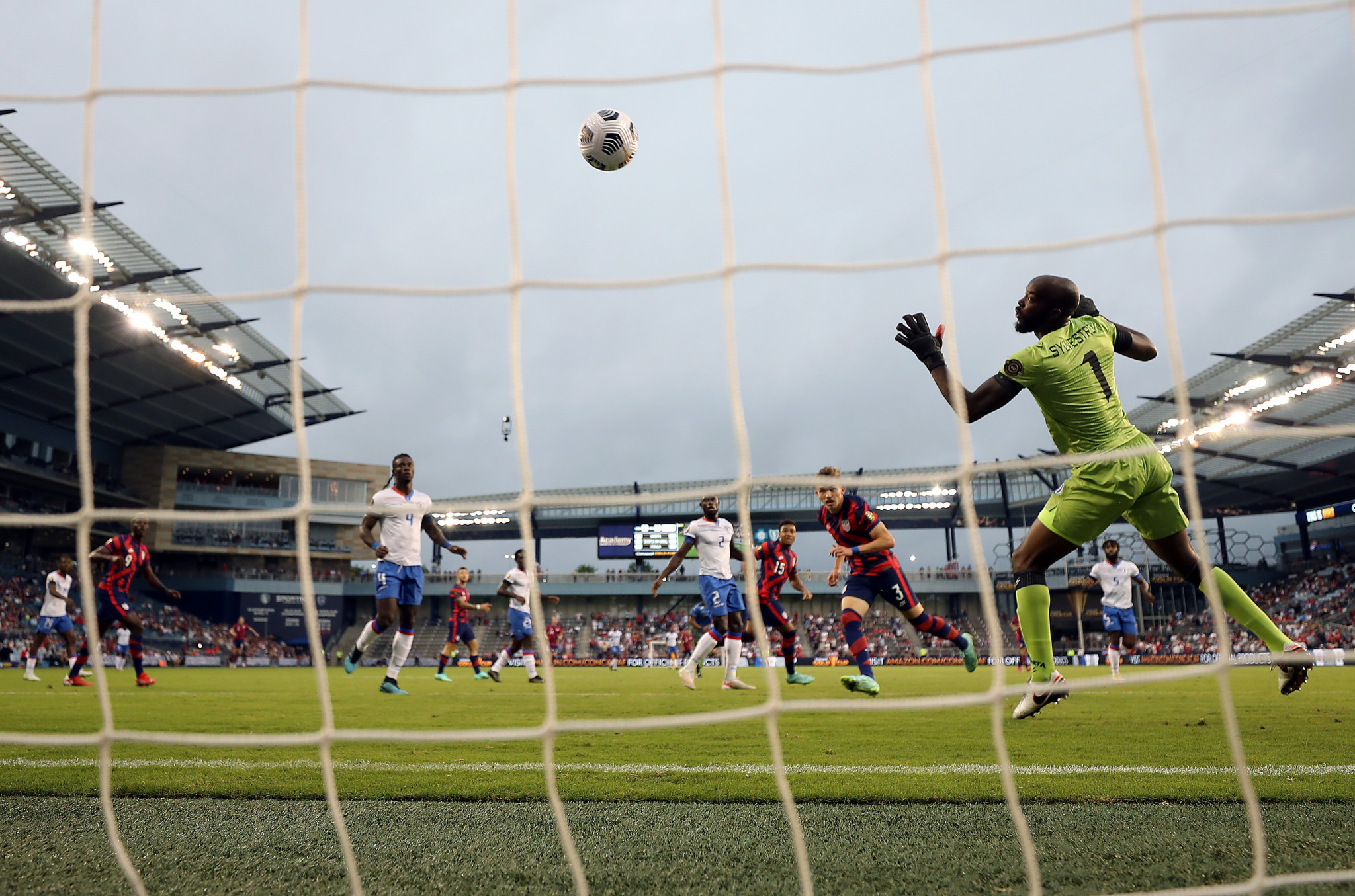 Sam Vines first international goal proved enough to secure the United States a 1-0 victory over a depleted Haiti team in their opening match at the Gold Cup.

Haiti came into the Group B match missing five players and an assistant coach after positive COVID-19 tests were recorded last week.

The Confederation of North, Central America and Caribbean Association Football (CONCACAF) said the Haiti team had been isolated after the positives, with multiple rounds of additional COVID-19 testing then conducted.

Haiti was permitted to play the US after negative tests were reported, with their team falling behind early on at the Children’s Mercy Park in Kansas City.

The Haiti defence were unable to clear a Shaquell Moore cross, which Gyasi Zardes diverted towards Vines.

The left back was able to head the US team into an eighth minute lead, with his first international goal coming in just his third appearance.

Haiti went close to levelling in the first half with Derrick Etienne only able to find the side netting.

Nicholas Gioacchini almost made the match safe for the US team in the second half, with the 20-year-old forward seeing an effort beat goalkeeper Brian Sylvestre but come back off the post.

The US still sealed a 1-0 win as the hosts made a solid start to Group B.

Canada top the standings after coming from a goal down to secure a comfortable 4-1 victory over Martinique earlier in the day.

Emmanuel Rivière gave Martinique a shock 10th minute lead after Kevin Fortune intercepted a pass on the edge of the area.

Rivière turned the ball goalwards under pressure, with the effort slowly rolling into the net after hitting the post.

Canada quickly bounced back from the setback with Cyle Larin heading in a corner after 16 minutes, before Jonathan Osorio turned in Tajon Buchanan’s cross from close range just four minutes later.

Canada’s 4-1 win was sealed late in the second half, with Theodor Corbeanu tapping in at the far post as the match headed into the final minute.

Group A continued with El Salvador facing Guatemala, the last-minute replacements for Curaçao, forced out of the tournament due to COVID-19 cases.

El Salvador scored twice late on to secure a 2-0 victory to move to the top of the Group alongside Mexico, after the defending champions won their opening match yesterday.

Alexander Roldan gave El Salvador the lead with a powerful low shot from the edge of the area in the 81st minute, with his drive finding the bottom corner.

El Salvador exploited Guatemala's desperation for an equaliser in the sixth minute of added time, Joaquín Rivas turning in a cross to complete a 2-0 victory.